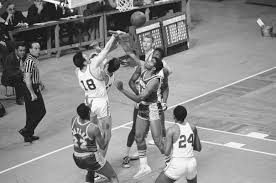 Adam Silver’s National Basketball Association wrapped up its 75th season a couple of months ago with the Milwaukee Bucks emerging from an 0-2 deficit to repel Monty Williams’s over-achieving (?) Phoenix Suns and lay claim to the 2021 championship.
A defending champion has returned to the final round of the playoffs the following season 36 times, the runners-up 26. The league’s ultimate series has offered a re-match on 16 separate occasions, most recently when the Dubs and Cavs put a four-year stranglehold on the event. 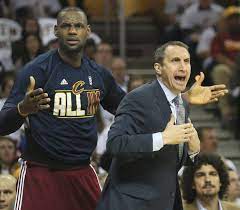 So, history tells us that there is a 21.6 percent chance – better than one-out-of-five – that the same two teams will reach the NBA Finals in consecutive seasons. (Would you bet $100 on the Suns and Bucks in ’22 at those odds??)
Neither Milwaukee nor Phoenix has ever reached back-to-back Finals, much less participated in a re-match … but the same thing could have been said of Cleveland and the Warriors six years ago.
Nearly half (14) of the Association’s 30 franchises have participated in a Finals re-match, though 10 of them have known the experience just once (the Heat, Spurs, Bulls, Jazz, Pistons, 76ers, Bullets/Wizards and Sonics/Thunder joining Cleveland and GSW).
Obviously, the Lakers (with eight run-backs including one during their Minneapolis days) and Celtics (6) sit atop this list, joined at two B2B’s apiece by the Hawks (Bob Pettit’s crew from the St. Louis days) and – believe it or not – the hapless Knicks (first against Mikan’s Lakers, then against Wilt’s group exactly 20 years later). 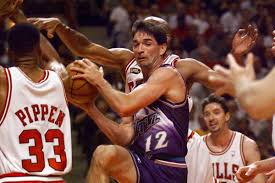 Boston has been most proficient in its back-to-back performance, winning 10 of 12 possible championships. The Lakers, on the other hand, stand 6 - 10 in their B2B’s (a paltry 1 -7 against the Men in Green). The Hawks, Knicks and Cavaliers are 1 - 3, while Golden State captured three banners in four such tries.
The only franchise never to lose a title series under these conditions were Jordan’s Bulls over the Stockton-Malone Jazz, who are the lone title-less bunch in this little fraternity.
The NBA’s longest stretch without a back-to-back Finals match-up was the decade-and-a-half between that Bulls’ “Last Dance” with Utah in ’98 and the Spurs-Heat encounters of ’13 and ’14 that ultimately disbanded Miami’s Big Three.
As improbable as this may sound, two coaches have been relieved of their bench duties in the midst of their team’s “re-match” seasons. After steering the Cavs to the Finals in 2015, David Blatt was replaced by Ty Lue at the mid-point of his sophomore season. The Framingham product and early alum of Leo Papile’s decorated Boston Area Basketball Club has been on the outside looking in ever since, NBA-wise. 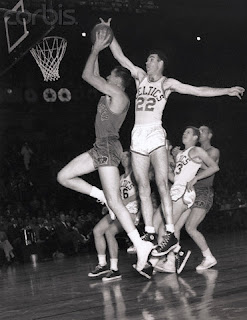 Ironically, the other coach with this dubious distinction also has ties to Boston.
Despite leading the team for which he’d both played and coached to the Finals and extending the defending champions to seven games in 1960, this Hall of Famer was “kicked upstairs” to become General Manager and replaced on the bench in ’60-61 by the freshly retired player-coach of the Syracuse Nationals, Paul Seymour.
The story goes that the team’s impulsive owner got jittery when his team fell behind in the Division Finals for the second year in a row. Before that series was over, Hawks’ head honcho Ben Kerner (who changed coaches about as often as he changed his socks) had signed Seymour for the following season.
The displaced coach … well, his No. 22 hangs from the Garden rafters to this day.