Checking in with a jacked Jayson Tatum 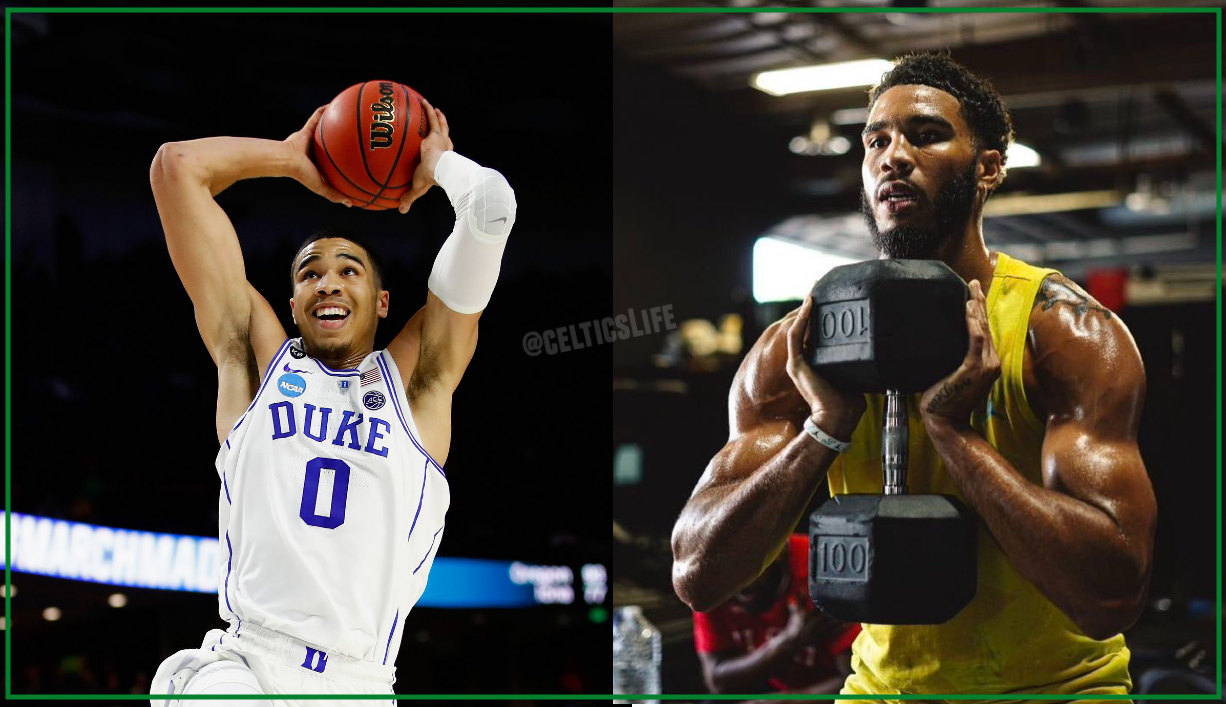 Jayson Tatum was by no means scrawny when he entered the NBA out of Duke, but every year since he's filled out more and added muscle. Some might worry that he might be getting too big, but unless the NBA makes a rule change, Tatum's ideal NBA position is the 4 (and sometimes even a small ball 5. As crazy as that 5 talk sounds, just watch games this season. He will never start at the 5, but there will be many games where you notice at a point he's the biggest Celtic on the floor).

I'd just caution Jayson to be careful with those 100 pound dumb bells. Your back is more important than the added muscle! Also make sure you're dedicating at least as much time to your lower body. More upper body weight means more stress on your knees and feet.

And here's the most recent video of Tatum putting in work on the basketball court:

Crazy to think that prior to entering the NBA, scouts were concerned about his athleticism. He's no Greek Freak, but Tatum's athleticism is not an issue at all. I've tried to stop making a big deal about Tatum and Beal doing things together, since it just gets fans excited to trade for Beal and I'm aware that at this time the Wizards will not trade to Beal to the Celtics, unless Jaylen Brown is the return.

That could trade could very well help the Celtics potentially this season and the next, but long term it would be foolish. And I'm not trying to have Tatum want out in a few years because his only star teammate is an oft-injured older guy, making $50 million a year. I want many years of Celtics competing for titles. Not one or two (and still not the favorite either of those years) followed by a rebuild.