An Old School view on the NBA’s formula for success

We Boston Celtic fans are well-acquainted with “Tommy Points” – a special commendation the old coach would confer upon a Celtic on occasions when his instincts and effort had perfectly aligned with opportunity, producing a “Johnny Most”-memorable, often game-defining moment. 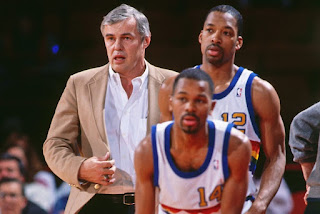 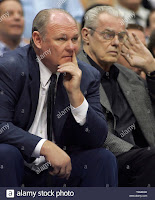 Over the last 19 years, no less than 14 NBA championship-winning squads have finished in the Top Three on the Moe Scale. (Milwaukee’s No. 7 Moe ranking last season was the lowest by a titlist over that span.)
Now, while “correlation” alone will never establish “causation” …
… where there’s smoke, there does tend to be fire.
Not to mention there’s a good bit of both anecdotal and statistical evidence to suggest that Home Court does indeed deliver some Advantage.

So what’s the key to overcoming that inherent edge and competing successfully in the other guys’ gym?
Yet another former player-turned-NBA coach offers this opinion/”rule of thumb”:

The key to achieving success on the road is to enter the fourth quarter with a lead, any lead. That way, the home crowd hysteria can be kept to a minimum. [Phil Jackson, The Last Season (2004), p. 90]

It’s certainly reasonable to presume that playing from in front while on the road may well neutralize the crowd component of Home Court Advantage – but in a league that for decades has been promoting the suspense and uncertainty of its “Fantastic Finishes,” how significant can it be to hold a lead (any lead) with a full 12 minutes of play remaining? 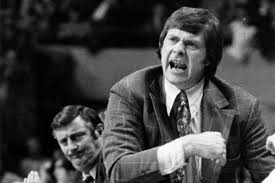 More than you might suspect. For instance, of the Celts’ 35 road wins over the past two years, our boys held a lead at the close of Q3 29 times – and of their 24 home losses, they trailed through 36 minutes 19 times. The rule of thumb holds true here at an 81 percent rate of accuracy.
Of the 85 games in the 2021 NBA Playoffs, visiting teams won 36 times, holding the lead after three quarters of play in 86 percent of them (31 of the wins).
And then there’s this summer’s WNBA play. During the ladies’ 119 pre-Olympic contests, the visiting team emerged victorious a whopping FIFTY-NINE times (essentially every other game). Those winners led after Q3 49 times (83 percent).
While I’ve been sold on the validity of “Moe Points” for some time (though I had long associated this “metric” with Doug’s fellow Tarheel George Karl), I’m still a bit skeptical about PJ’s “Q3 Theory” regarding Road Wins. During Jackson’s nine-year run with Da Bulls, his squad played 152 post-season games, 51 of which were won by the Visitors (40 Road Wins, 11 Home losses from the Chicago perspective). In “only” 36 of them (71 percent) were the ultimate winners ahead after Q3. 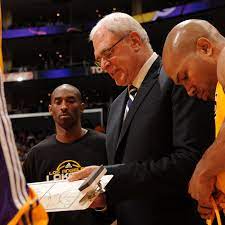 For one further “test” of the idea, I looked back at the three-year stretch from 1980-82 when Dr. J’s 76ers put the young Birdman’s Celtics in a 1-3 hole in three consecutive ECF’s. Over the 19 games of those three thrilling encounters, the road team won seven times – but four times that winning team trailed entering Q4.
And finally, let’s consider the 1959-60 World Champion Boston Celtics, who’d posted a 59-16 regular-season record. The squad’s winning percentage of .787 was the best in Coach Auerbach’s 16 years on the bench. Excluding games played on neutral sites, Boston won 24 road games that year, 20 of them when leading after three quarters (83 percent). [Ironically, though, that season’s overall playoff winning percentage (.615) was the poorest for a Celtic titlist on Coach Red’s watch.]
Unfortunately, “Whistlin’ Phil” doesn’t elaborate any further on this notion in the book he sub-titled A Team in Search of its Soul … a book, you may recall, for which PJ got roasted for implying (though never out-right saying) that Kobe Bryant was “uncoachable.”