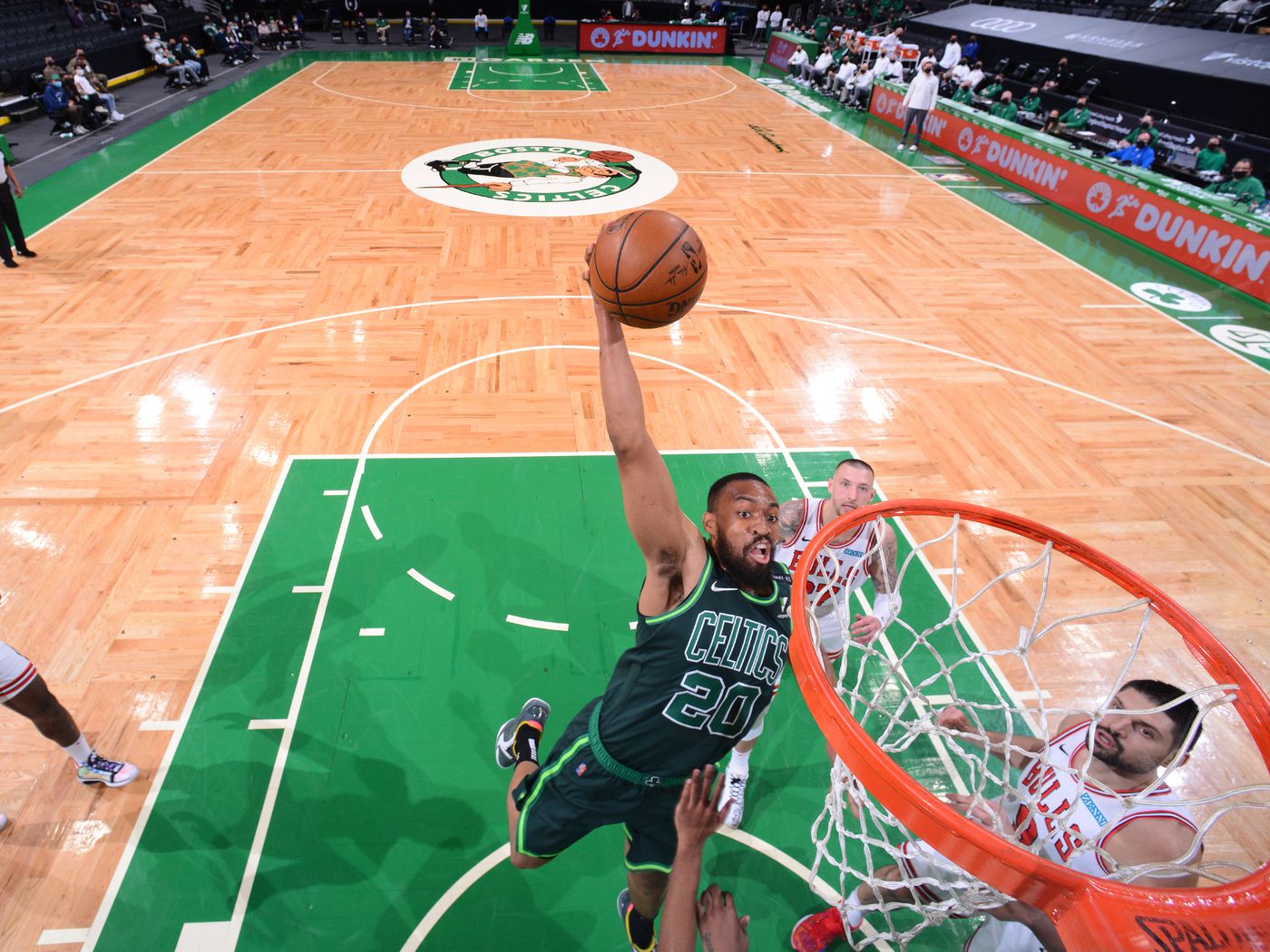 Jabari Parker is owed $2,283,034 for the 2021-22 season, but unlike all the other Celtics under contract, his deal is a non-guaranteed one. Based on the fact that the Celtics never talk about him and there has been no news about his Celtics future, it would be safe to assume that the odds are more likely that he won't be on Boston's roster come opening night.

Opening night is when half of his contract becomes guaranteed. Today $100,000 of his contract became guaranteed, so there still is some hope. For Brad Stevens and the Celtics there wasn't much of a reason to waive Jabari prior to today. $100K to a NBA team is like $20 to you or me. Personally I'd prefer to get rid one of the other players at the end of the roster, but I've always known that guaranteed contract players almost always end up sticking over the non-guaranteed ones.

It can be hard to evaluate Parker, since the eye test will always give you the impression that he's a decent to good player, while the defensive metrics tell another story. I thought the best he played for the Celtics was during the playoffs vs the Nets. Sure he had gaudier offensive numbers during the regular some regular season action, but when push came to shove in the playoffs for then undermanned Celtics he seemed to step up. Looked to be competing hard on both ends of the floor.

Enes Kanter is the 3rd big on the roster right now, but none of the three can play the 4 position in the modern NBA. Jabari can, and I think unless Boston gets lucky and Paul Millsap agrees to play for the Celtics for the vet minimum, Parker should be kept. Again, you don't need to bring up the financial situation. I saw Daniel Theis get traded just to move his small contract, so that Evan Fournier's larger one didn't cause tax implications.

I saw Moses Brown get traded twice because teams wanted to unload his minimal contract. Every million counts with the cap; I'm aware. But here's hoping Boston unloads another contract and decides to hold on to Parker. He still has some upside and a game that could help this year's Celtics.

In terms of when you will more news on Parker, unfortunately it doesn't seem like any of the young Celtics reporters are able to get any insider information from the Celtics like acJackie MacMullan used to. So we'll just have to wait for another eight weeks, as Stevens will likely hold onto Parker until the last week for trade purposes (Other teams love getting non-guaranteed contracts in trades).

Stevens could package Parker and let's say Dunn for a better player making $7.5 million. The other team would then be able to waive Parker and save $2.5 million on their cap. There are several trade options. Too many to list for that matter, but they all result in Parker playing for another team. I'd prefer to hear about him being in the Celtics plans, but again we haven't heard a word about that, so I wouldn't buy a Jabari jersey until opening day at the earliest.