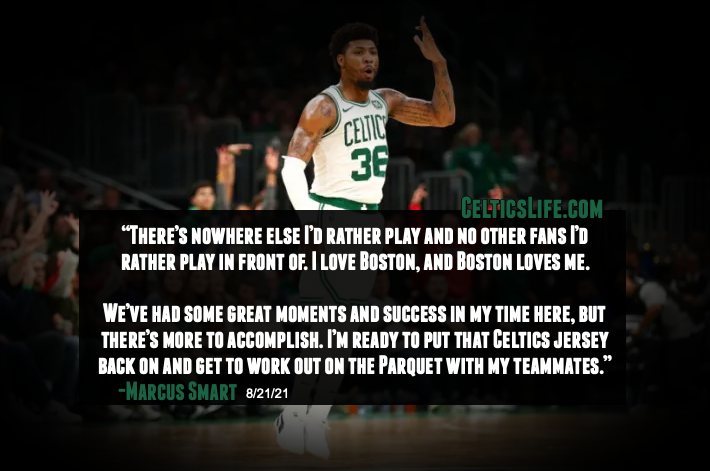 Pen has been added to paper and the Boston Celtics have officially announced the signing of Marcus Smart to a four year contract extension.

Here's what President of Basketball Operations Brad Stevens had to say:

“We are thrilled to have the opportunity to extend Marcus, and thankful that he has chosen to remain a Celtic. In his seven years in Boston, he has made a big impact, on and off the court. It is not a coincidence that every team he’s played on has been in the playoffs, with several series wins throughout the years. He adds to winning on both ends of the floor, and competes with a grit and toughness that few match.”

The contract extention will take Smart through the 2025-26 NBA season. Marcus commented as well:

“There’s nowhere else I’d rather play and no other fans I’d rather play in front of. I love Boston, and Boston loves me. We’ve had some great moments and success in my time here, but there’s more to accomplish. I’m ready to put that Celtics jersey back on and get to work out on the Parquet with my teammates.”