By far the main reason why the United States finally sent professional basketball players to the Olympics in 1992 was because Team USA didn't bring home the Gold in 1988. For a while now, foreign countries had been sending professionals, but as seen in 1984, America was still so dominant in basketball that their collegiate players could still win against more seasoned teams. By 1988 the rest of the world was starting to catch up.

If John Thompson's Team USA brings home the Gold in 1988 we likely see another amateur contingent in 1992. So instead of the Dream Team, you'd have players like Shaq, Alonzo Mourning, Christian Laettner, Chris Webber, and Bobby Hurley. And let's be honest this team may have very well won the Gold themselves. Even the less stacked group of college players that scrimmaged the Dream Team won their first game versus them. Remember future NBA players stayed in college longer at that time.

What's rather fascinating for me is to imagine what could have been four years earlier. The 1988 collection of NBA stars led by reigning MVP Michael Jordan, but... and here's the big BUT, also led by still in their primes Larry Bird and Magic Johnson would have been the Greatest DREAM TEAM of all time in my opinion.

Jordan, Bird, and Magic received every 1st place MVP vote that 1987-88 season, with the lone exception of one for Charles Barkley. I mean you literally could take the top 12 finishers in that season's MVP voting and you'd have probably the greatest team ever. Several of the players were also on the 1992 team, but we're talking prime Larry Bird and Magic Johnson here. 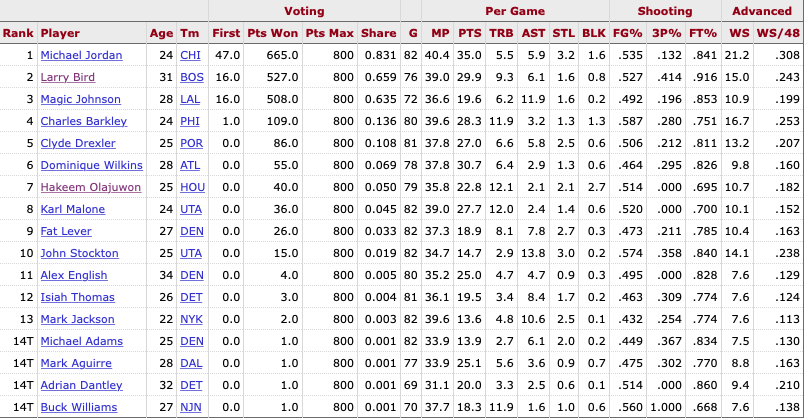 You thought watching Team USA share the ball in the 1992 Olympics was fun, imagine the show Magic and Larry would have put on in 1988. If you recall, both Magic and Larry eventually were sidelined by injuries in the '92 Olympics. Players like Scottie Pippen, Michael Jordan, and John Stockton were thus forced to be the playmakers.

And if you don't want to pick 12 players from the MVP voting, just watch the 1988 All-Star Game, aka the greatest NBA All-Star Game of all time. And the greatest all-star weekend as well. Bird continuing to own the 3-point contest and Jordan and Dominique Wilkins's classic Slam Dunk Contest. Truth be told, 'Nique should have won that contest, but it was in Chicago, so you know how that goes.

Imagine the Magic,Bird, and Isiah Thomas passes to Wilkins, Jordan, Clyde Drexler, Barkley, and Karl Malone and the ensuing dunks that would have taken place in the 1988 Olympics. These five finishers were all in their young primes in 1998, which meant not only were they at their best, but athletically they could do more. Every dunk that MJ, Mailman, Drexler, and Barkley performed in the 1992 game would have been considerably better in 1988 due to them all still being 24 or 25.

And as you saw in that 1988 dunk contest, Wilkins at 28 still had all his explosion then. People often lament Wilkins and Isaiah Thomas' exclusions from the 1992 team and they are right. In my opinion at the time they should have been there instead of Stockton and Laettner. And no disrespect to either of those '92 Olympians. Stockton was a great player and likely better than Thomas by 1992, but in terms of putting on a show, Thomas was ideal for an All-Star game or Dream Team performance.

And I understood the Laettner pick over Shaq if you had to pick one collegian. There was no doubt that Shaq would have the better NBA career, but if you were giving the 12th spot to a college player to sit on the bench, Laettner had the better collegiate resume.

But the NBA and America presented this 1992 team initially with MJ, Larry, and Magic as the Big 3. The whole construction of the team seemed to be a recognition of the greats of the NBA's golden era, the 1980's. Obviously you could include early 80's retired greats like Dr. J, but if you were sending a professional team over in 1992 to show the world just how good all the players they watched in the 1980's on their tv's would do together as a team, Wilkins and Isiah should have been on that team.

Now we know why Thomas wasn't on the 1992 team. It was because MJ held a grudge against him. By the time they created the 1992 Dream Team, Jordan owned the NBA. He was the sole face of the league. Magic and Bird were both still All-Stars, but it was 100% MJ's league. Whenever this hypothetical 1988 squad would have been formed (2 years prior? 1 year prior? Half year?) doesn't matter. The point of the matter is that Jordan wouldn't have had the power to keep Thomas off the team then.

Isiah was in his prime then and his Pistons had just gone to the NBA Finals. If not for injuries, they likely win in 1988. And if I recall correctly Thomas was lauded by everyone for trying his hardest to suck it up and play in that 1988 NBA Finals. Jordan was the MVP that season, but it was still the Celtics and Pistons that faced off in the Eastern Conference Finals. And don't forget that in the 1980's Isiah Thomas and Magic Johnson were best friends. They even did the whole kiss on the cheek think prior to their NBA Finals games. 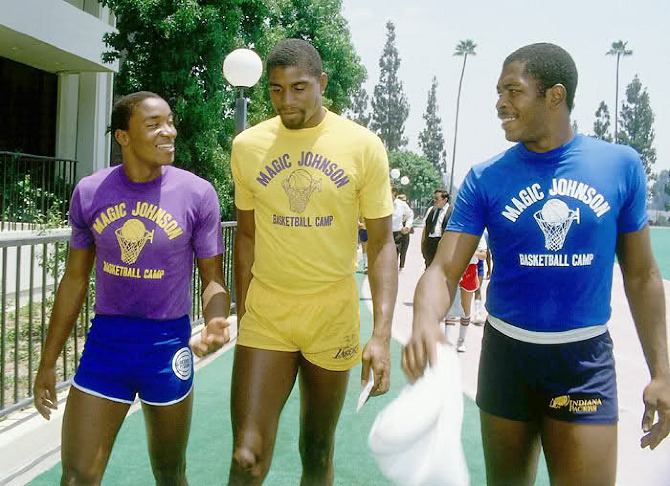 Isiah Thomas 100% would have made that 1988 team. Yeah, MJ didn't like him, and Thomas had disrespected Larry as well, but Magic Johnson had more pull than MJ then and there is no way he's not bringing along his buddy to Seoul. The Mavericks Mark Aguire likely is joining them as well. Aguirre, Thomas, and Magic all were great friends then. And if you watched any NBA All-Star game featuring Isiah Thomas you certainly couldn't tell there were any beefs. Both Magic and Thomas were huge showmen in All-Star games. And you'd have one on the court at all times in the '88 Olympics.

Trust me, no one would think anyone didn't get along on that team. No-look passes galore from Magic, Thomas, and Larry. The assists would have been almost as much fun as the slam dunk finishes.

From time to time there have been debates on which team was the true Dream Team. Typically it comes down to the original 1992 squad or the 2008 "Redeem Team." Bust since we're using the word "Dream" I will say the 1988 Dream Team (that never was) would defeat both of those teams. They would have dominated the Olympics like no other. And based on the personnel of showmen the 1988 team would have had in terms of flashy passing and dunks they would have been by far the most entertaining. 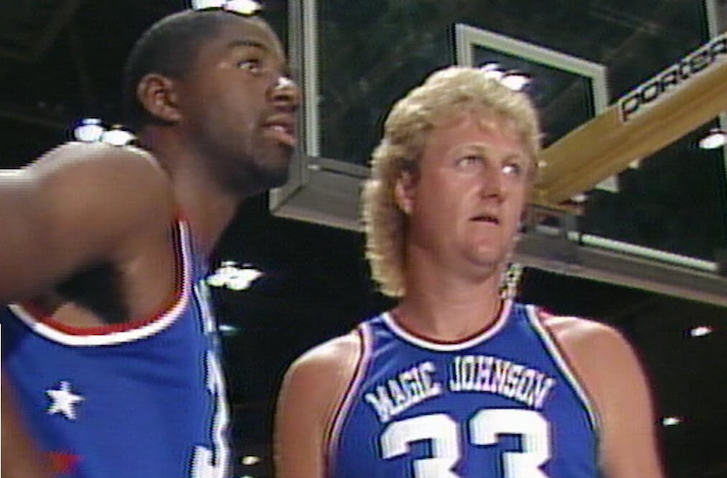 The 1992 Dream Team was a great team no doubt, but if the greatest "Dream" team of all time would have been a team formed for the 1988 Olympics. Feel free to debate if you like, but just know you're wrong. Haha.

A better debate would be who would make your 1988 Team USA roster of twelve? You can use MVP voting or the two All-Star teams from that year for assistance. I believe the only player that would be ineligible would be Hakeem Olajuwon (Akeem at that time) who didn't become a United States citizen until 1993. Considering everyone else were Americans it shows you just how much the NBA game has grown globally in the past thirty years. Take a look at MVP voting, All-Star teams, and All-NBA teams in recent years and you'll see a very diverse group of Americans and international players.