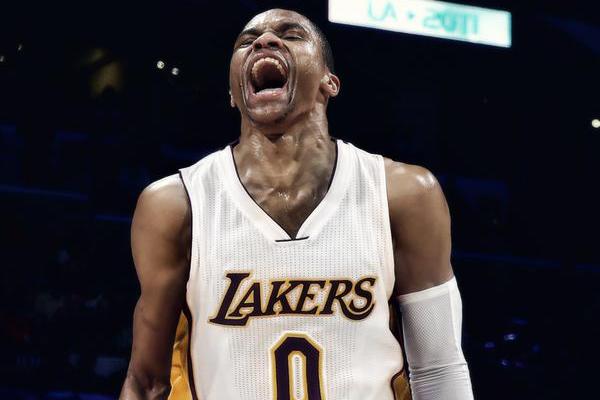 The Lakers are near a deal to acquire Washington's Russell Westbrook for Kyle Kuzma, Montrezl Harrell, Kentavious Caldwell-Pope and a 2021 first-round pick, sources tell ESPN.

No brainer deal for the Lakers. Allows the team to rest LeBron as much as they like during the regular season and just let the home town kid put up triple doubles those games. Kuzma is overrated trash. Caldwell-Pope is overpaid trash. The pick if its the Lakers isn't all that great and Harrell though a beast, he's a big man from the old NBA. He can't shoot from the perimeter and he wasn't even one of the Lakers top 2 bigs at times last season.

(2of2)... Out of Jail Free card that they can take chances on blockbuster moves & even if it doesn't work out another star FA will demand a trade there or they can just sign new stars w/ max cap slots. Other teams don't have those luxuries. No guarantees for them w/ cap space

Earlier today we got this news:

So as suspected Klutch really only looking after one client, not all of them

With Westbrook likley headed to L.A, that means the Wizards will now definitely trade Bradley Beal. A trade could come as soon as today or could drag all the way to the midseason deadline, but the one thing that's for sure is that Beal's days in Washington are numbered. He had let it be known that a Westbrook trade would lead him to want out.