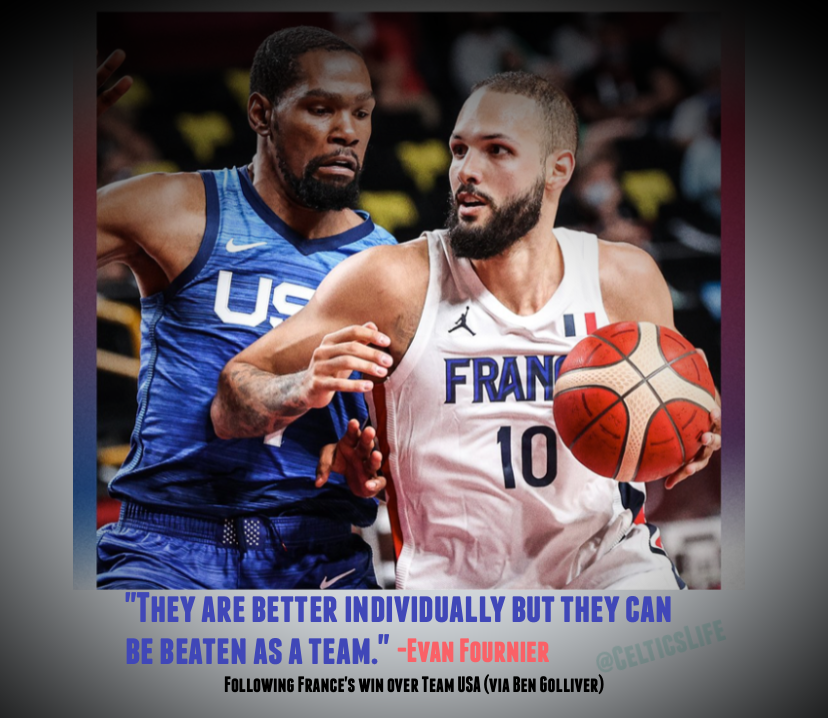 So much for getting their act together once the real games began huh? France defeated Team USA 83 to 76 in both team's opening games of the Olympics. It's the first loss by Team USA in the Olympics in 17 years. Takes more than overall talent to win and Team USA will need to build up their chemistry quickly. They play next on Wednesday.

Good/bad news on the Celtics front as Celtics free agent Evan Fournier balled out with 28 points. This shows what Fournier is capable of, but also may have bumped up his price tag, as well as added some new suitors.

Rudy Gobert chipped in with 14 points and Nando de Colo added 13 for France in the win.

Bad look for JT vs France. Sitting alone at the end of the bench disinterested, not cheering, not clapping. Just pouting…