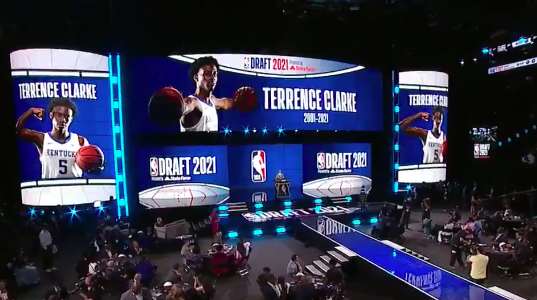 Was hoping the NBA would come through for Terrence Clark and his family and they did tonight.

Pinned the following tweet atop our Twitter profile 10 days ago, so was nice to see Adam Silver's tribute. Rest in Peace Boston basketball legend Terrence Clark. Prayers to you and your family.

The NBA DRAFT is just 10 days away. While the @Celtics don't own a 1st rounder, I'm hoping that the NBA & the Celtics can work something out where Boston drafts the late Terrence Clarke to conclude the 1st round. pic.twitter.com/94y267Qy8K