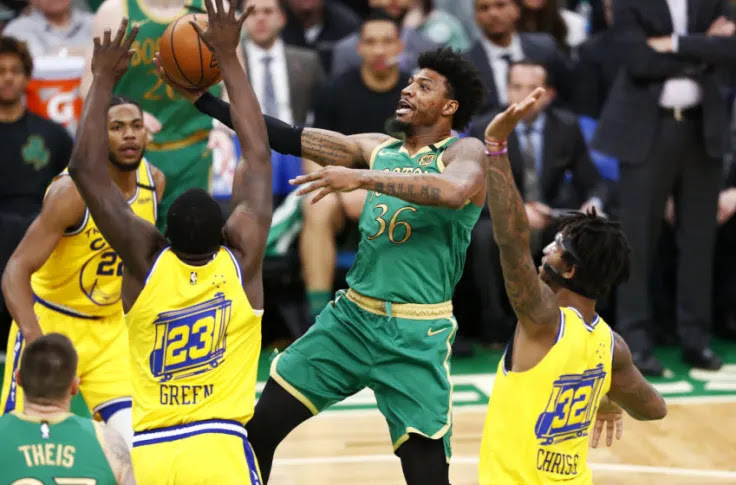 Last offseason it was rumored that Danny Ainge and the Boston Celtics attempted to trade Marcus Smart to leap to #2 in the draft. The Warriors owned that pick and their preference was to trade it for a known NBA commodity instead of adding a teenager to their core. The Warriors deemed Marcus not worthy of giving up the #2 pick, even if they were getting back one or two of the Celtics first rounders.

Fast forward a season and the Warriors home grown Big 3 is yet another year older. Due to the slick D'Angelo Russell trade to the Wolves, the Warriors own Minnesota's first rounder this season as long as it doesn't land top 3. The odds favor it not landing top 3, and if that happens the Warriors once again will have to choose between trading for a win now piece compliment the splash brothers, Draymond, Wiggins, and Wiseman, or drafting another rookie. 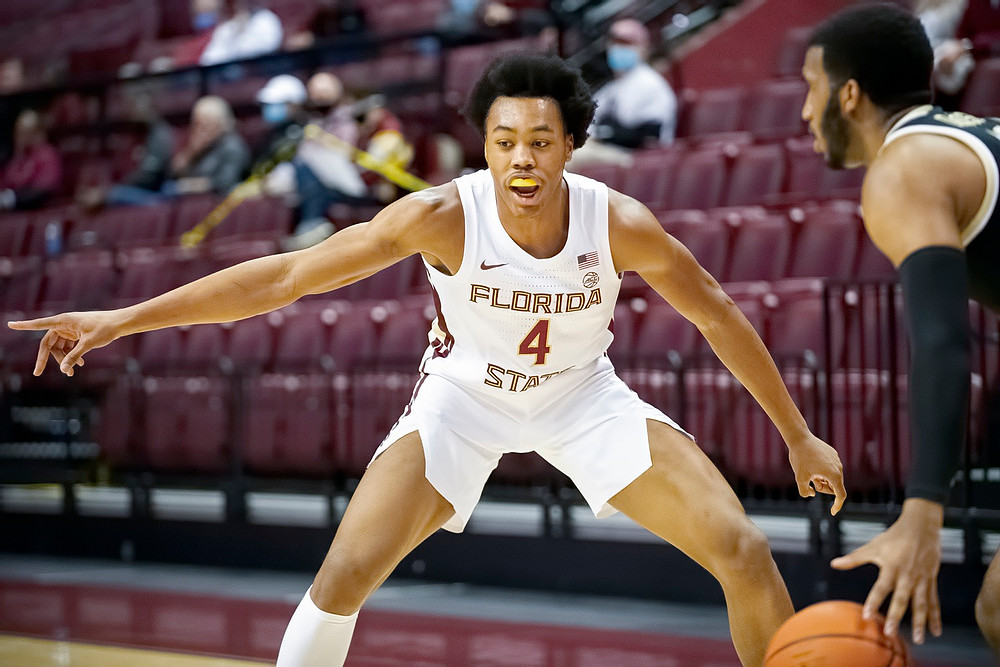 Golden State has made zero noise about trading Steph Curry and going with a youth movement, so a trade is very much in play. If the Warriors pick let's say land in the 6 to 8 range, I could see them parting with the pick for Marcus Smart. Andre Iguodla received a lot of credit for being a glue guy on the three Warriors championship teams. They still have Steph, Klay, and Draymond, but Wiggins is more of a Harrison Barnes complimentary scorer than a guy anyone would say "Every team needs one of these guys on their team" to win a title.

The Celtics love Marcus Smart and ideally he'd be the glue guy on their championship team. But due to a mass exodus of Al-Stars walking in free agency out of Boston, the Celtics don't have the luxury to give Smart a huge payday to be their 5th or 6th guy.

I'm sure Brad Stevens would love to sign Smart to a team friendly deal like Ainge did, but Smart is a more developed player this time around and he and his agent will be asking for a contract in the 20 to 30 million dollar range. Likely closer to 30 than 20. The Celtics could call Smart bluff and not sign him to an extension this summer, but do you really want to go through that all again? A year of "experts" saying there is no way Smart will get $25 million from another team, but then when free agency comes around it only takes one.

If the Celtics themselves give Smart that $25 million deal, then that's your Big 3: Tatum, Brown, and Smart. Even when Kemba's contract comes off the books, between those 3 players, there will be no cap space to sign a Bradley Beal or other star you fancy. So sadly the odds of Boston retaining Smart aren't that great.

Would the Warriors trade #6 for Smart straight up? Unlikley. If they fall to like #8 its more likely. If Warriors pick lands 4 through 7, Boston could always offer Smart and #16 to move up. 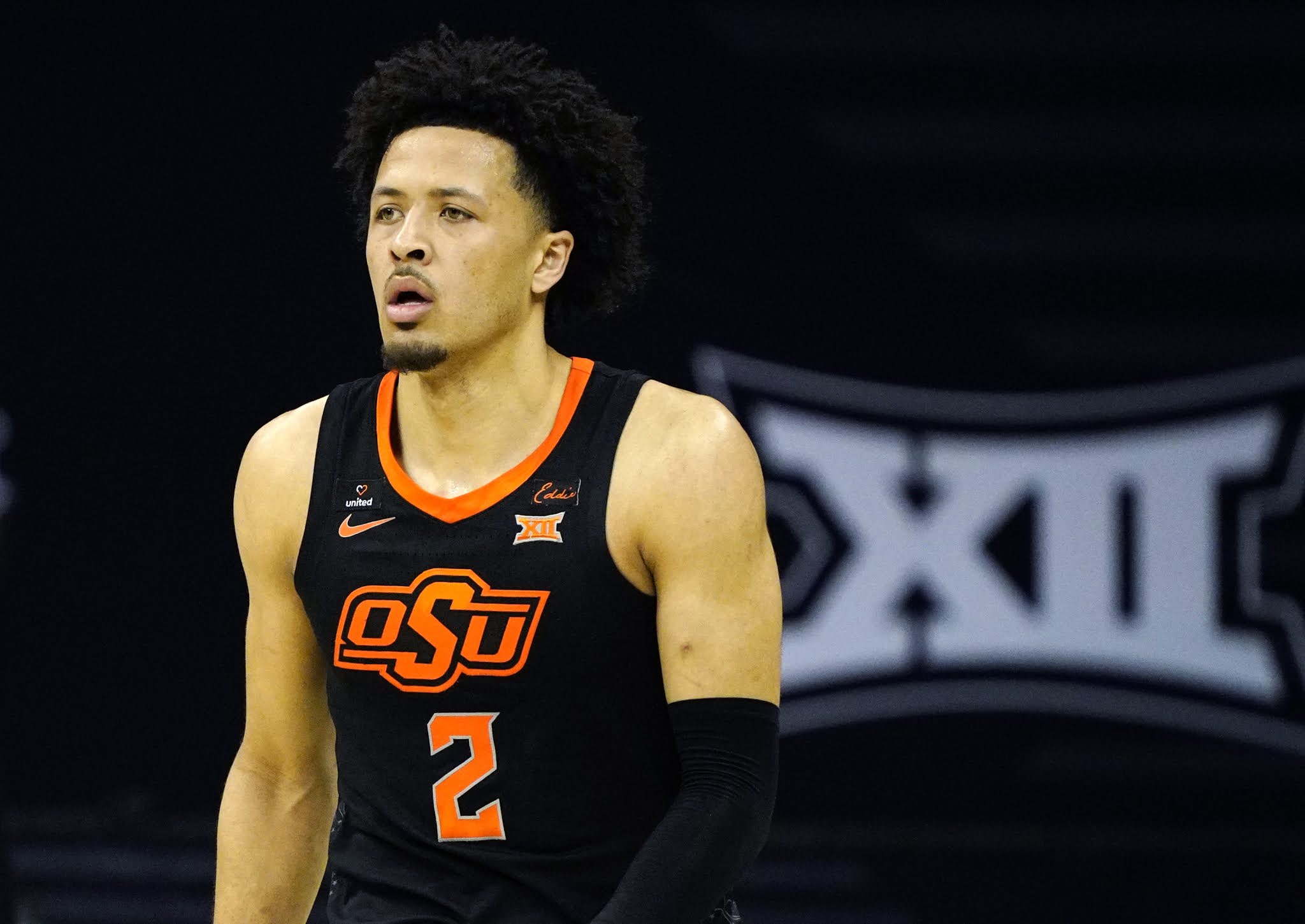 The Celtics need to add an elite player on a smaller contract to compliment Jayson Tatum's max conract and Jaylen new one as well. This is why I wrote Stevens should be placing a call to Sacramento for Haliburton instead of a wild goose chase for Damian Lillard, who you will end up paying close to $50 million a year in his mid 30's. One consistent reply was "Boston could have just traded up for Haliburton last year and it would have cost less!" Well that doesn't do Stevens much good now. Boston could have drafted Giannis, Gobert, Jokic... the list goes on. But once you don't draft someone you have to offer in assets what that player is worth now.

The Kings more than likely will prefer to keep both point guards (Haliburton and Fox) since the modern NBA is much more kind to two point guard rotations than years ago. The easier route is for Stevens to draft his own 3rd young star, his own Haliburton.

It would be wishful thinking to see the combination of a player like Cade Cunningham both fall to Warriors and Golden State being willing to trade that pick for Smart and #16. But maybe the guy the Celtics trade for isn't a point guard. Scottie Barnes for example has a higher assists per 36 minutes average than both of the top point guards in this draft Cunningham and Jalen Suggs. Maybe he's the guy Stevens targets as his guy.

Another advantage for the Celtics to trading Smart for a rookie who will make much less the next several years, as it would enable Boston to re-sign Evan Fournier. When the choice is Smart (and possibly #16) or a rookie at #4-8, the latter doesn't look that hot. But if you look at it as Smart (and possibly #16) for a rookie at #4-8 and Fournier then all of a sudden the latter looks more appealing.

Trading Smart is not as easy as you't think. You either have to combine him with other major assets in a deal for star, or you have to find a draft pick high enough that it makes sense to part with Marcus. Complicatimg matters is almost all the teams picking at the top of the lottery are rebuilding teams. Those teams would be willing to use cap space to sign Smart next offseason to help their young team to get over the hump, but they aren't going to trade a top 8 pick for him.

This is why the Warriors are such an intriguing trade partner. They are a team that could convince themselves that adding Klay back and trading for Smart could launch them back into contender status. And they only have so many more years of prime Curry left, so it's now or never time.

I'm having a hard time seeing scenarios where Boston makes the moves necessary to keep Marcus on a hefty new deal. This potential Warriors deal could end up being their best bet trade-wise.