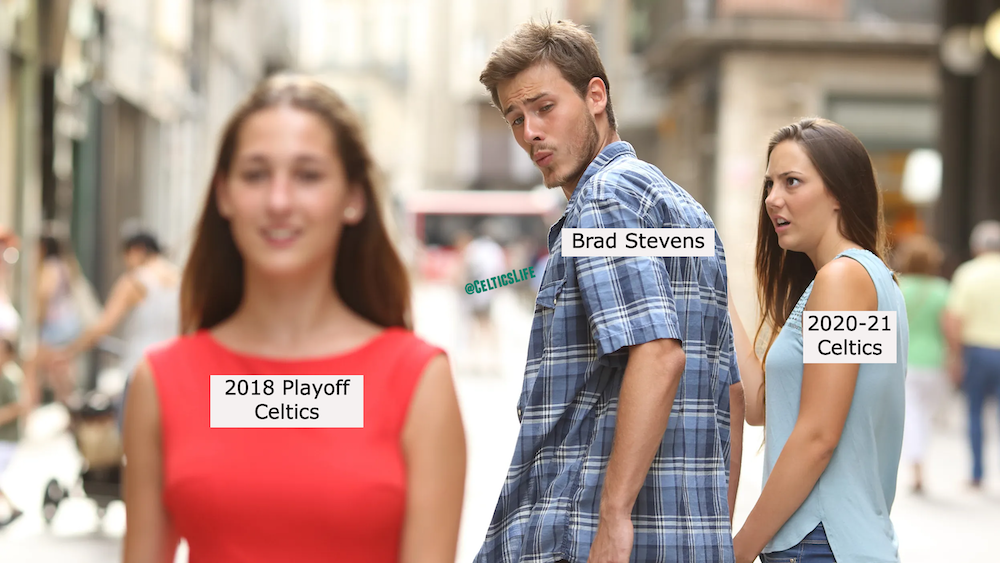 Sometimes the grass isn't always greener elsewhere. During the exciting 2018 playoff run for the Celtics, rookie Jayson tatum led Boston an exciting run to the Eastern Conference Finals. Everyone said, "Man imagine if we had Kyrie and Hayward healthy?!" Well Boston did the next year (Hayward wasn't 100% yet, but both former All-Stars were added back into the rotation), and things went south that 2018-19 season.

Then not only did Kyrie leave that offseason of 2019, but so did Al Horford, Terry Rozier, Marcus Morris, and Aron Baynes. In their place Danny Ainge signed a brand new max point guard to lead the team in Kemba Walker.

Two years later, it's looking like Boston would have been better off just letting that 2018 marinate. The next season set Tatum back some, and the over-crowded roster bumped Scary Terry from lead guard to after thought. Well even though the trade this morning with Oklahoma City, was all about getting rid of Kemba's contract and bringing Horford home is more of a nice side story, still Celtics fans are abuzz with a breath of fresh air for the team moving forward.

The Celtics are officially Tatum and Brown's team, but we're a Terry Rozier away from seeing what that 2018 playoff team would have turned into in time.

If we're redoing the 2019 offseason, can we have Scary Terry back next?

Hey I'm running it back with everyone who played well under me. What do you say Jordan? pic.twitter.com/3tnfc00XNQ

Brad Stevens: If I hold out on selecting a coach until I make enough trades to create a team I'd love to coach, I can just name myself coach (& resign as head of basketball ops).