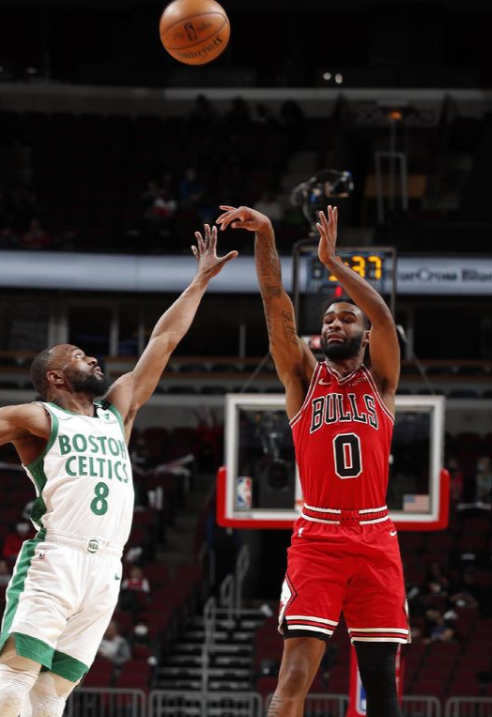 Boston suffered a 121-99 loss to the Chicago Bulls to fall to 35-32 on the season. The C's had another huge deficit, tried to come back, but it didn't go as planned. This tactic the Celtics have of spotting the opponent a 20+ point lead, and then trying to miraculously go on a run isn't the way to win many NBA games.
The Celtics were led by Kemba Walker who had a game-high 33 points. Kemba shot 10/21 from the field, and knocked down 6 shots from behind the arc. Evan Fournier had one of his best games as a Celtic as he was able to drop 17 points. Jayson Tatum struggled shooting the ball as he finished with just 9 points on 3/15 from the floor.
Nikola Vucevic was the leader for Chicago as he finished this game with a triple-double. Vucevic had 18 points, 14 rebounds, and 10 assists. Zach LaVine, who has been having an incredible season, had 25 points of his own on the way to the victory. Coby White was lighting us up tonight as he had 7 3's to go along with 25 points of his own.
The Celtics take the floor next on Sunday at 1:00 against the Miami Heat. The Eastern Conference Finals rematch will take place at the TD Garden. The Celtics haven't been having the best of times playing on Sunday's. They got a tough team in front of them so let's hope this one is different.
Read more from George Dimis HERE!
Follow me on Twitter: @GWDimis