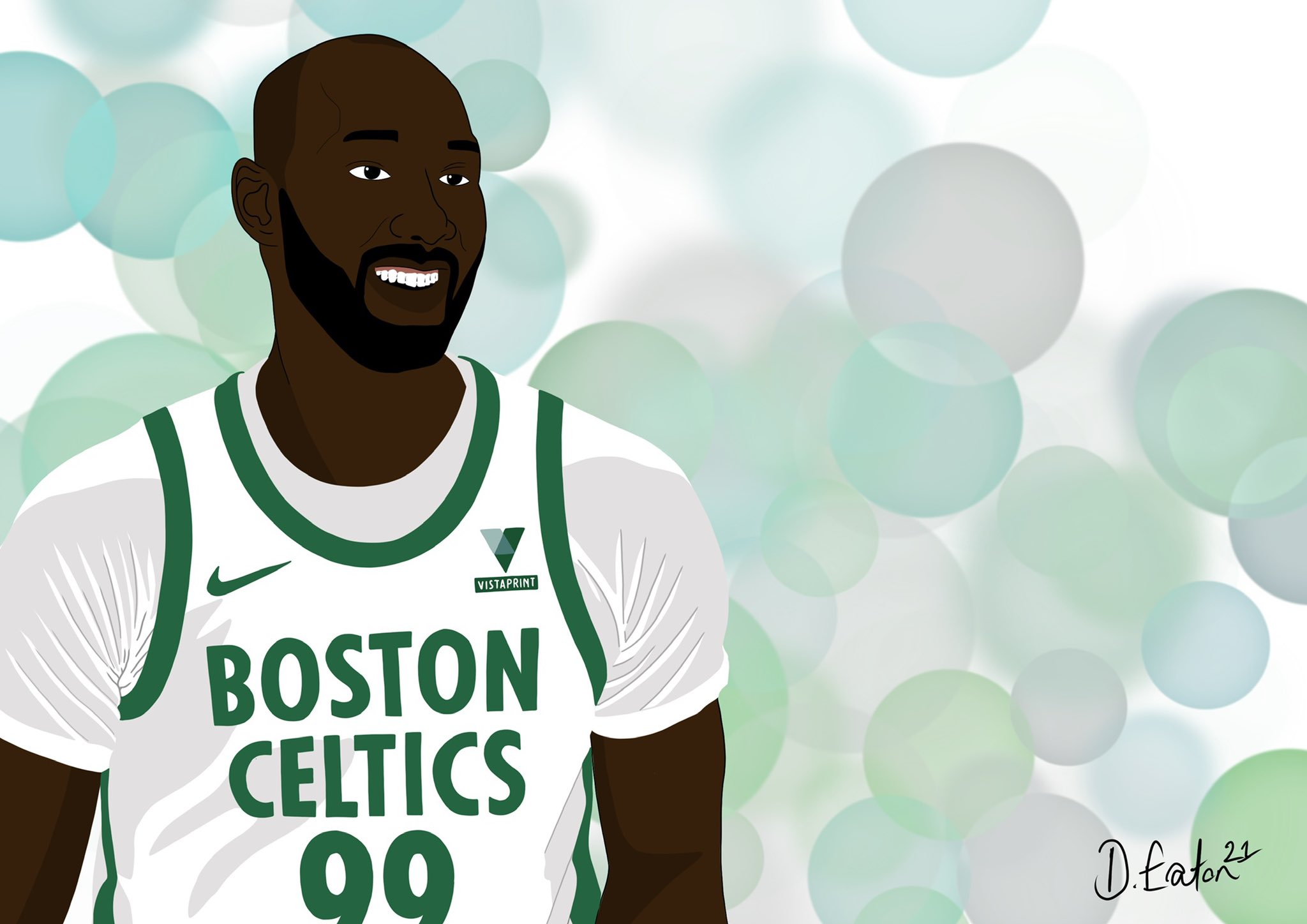 As someone who has written repeatedly about the new NBA, the modern NBA, the stretch big NBA, and the 3-point dominant era NBA, you don't have to tell me that Tacko Fall doesn't have the ideal skillset for today's game. With that said, if I'm saying Tacko deserves a legit role, it's not coming from some ignorance about the modern game. And I am saying that Tacko Fall deserves a bigger role than just the end of the bench guy that fans love to see come in during a blow out.

Sorry Luke Kornet fans, but Tacko should be ahead of the Green Kornet on the depth chart. And once upon a time there were a decent amount of fans that thought Moe Wagner deserved to get a shot, but no Tacko was better than him as well.

Providing a roster for Brad Stevens this season that forced him to start two bigs was very unfair. Danny Ainge has admitted as much. In terms of talent Robert Williams, Tristan Thompson and, Daniel Theis all deserved to play. They were top 8 players on this team. Ainge fixed that issue when he traded Theis (though it was still poor roster management, as Theis shouldn't have just been given away). Time Lord and Thompson compliment each other well as the two bigs in your rotation. They should never share the court together, but they have you covered for 48 minutes at the 5. Unfortunately more often than not, one of the two has been on the injury report every game. That should change in the playoffs when teams are far less conservative with injuries. The same injury that might keep you out for two games in the regular season won't cause you to miss even one game in the playoffs. For the record when players sit out games in the regular season, with the exception of some famous cases like Kawhi Leonard in San Antonio and Derrick Rose in Chicago, it's the front office and their medical staffs that are making these calls.

While Tacko isn't going to break into the rotation for the playoffs, he deserves to be the big man that gets the call when either Time Lord or Thompson miss a game. Kornet is basically a shooting guard in a 7'2" body. He's Brad Lohaus. Tacko while having his limitations in terms of quickness is not only obviously a legit 5, but he makes a difference. He completely upsets the opposing team's offensive schemes. While I'm NOT comparing Tacko to an All-NBA center like Rudy Gobert, they do have some similarities. They are old school bigs who still help your team, because they are elite at those old school skills. The Jazz will have a great defense with whichever 4 wings/guards they play on the court with Gobert. He's that good of a defender/rim protector.

Tacko Fall has only played in 23 regular season games in his two season NBA career, but his per 36 numbers are 16.8 points, 14.5 rebounds, and 5.2 blocks. Rudy Gobert's per 36 numbers for his career are 14.6 points, 13.6 rebounds, and 2.7 blocks. Now the higher numbers don't make Tacko a better or as good a player as Gobert. Again we're talking about an All-Star center. Also no one is saying Tacko Fall should play 36 mins per game. But I do feel he has a role in the NBA has a "Gobert Lite" or "Poor Man's Gobert" who gives you like 14 quality minutes per game. 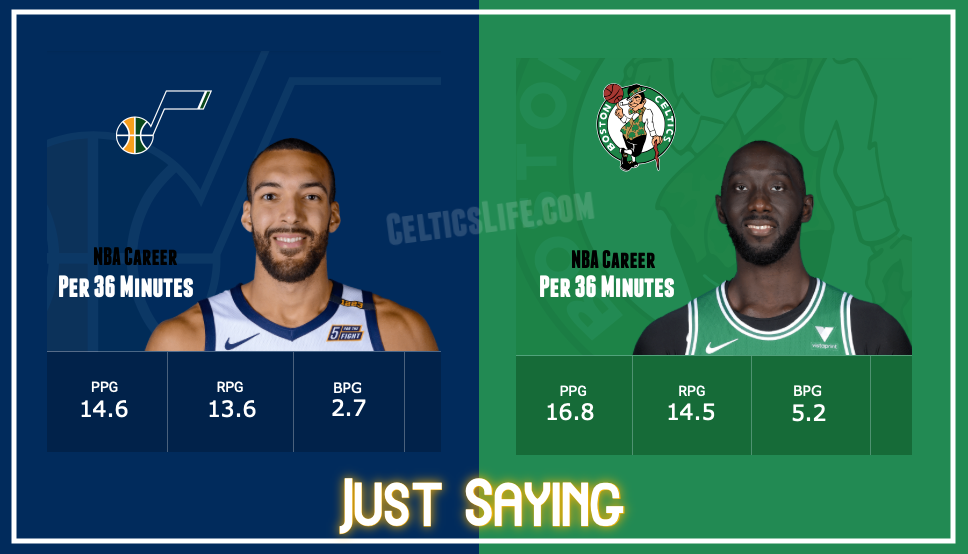 And yes it is a different NBA than the days when the Shawn Bradley's and Gheorghe Muresan's played and got minutes, but those two played with power forwards next to them. That would never fly in 2021. But look how much better the Jazz got when they made the decision to never plat Gobert with another big. Derrick Favors never plays next to him anymore. I feel there is a place for the 7'6" and up crowd in the modern NBA as the lone big man on the court if they are elite at shot blocking, rebounding, and defense. Again Gobert is a better defender than Tacko. But that difference is why Gobert is a starter who always averages over 30 minutes a game and I'm suggesting Tacko would be a reserve who plays less than have of that.

Like Kendrick Perkins says in the video above, "Every time he gets in the game… Tacko is always productive." Others must see this as well. Remember that game a few weeks back where the Celtics had a lead in the mid to high 20's and Brad put in the 3rd string team and they almost coughed up the game? Brad had to put starters back in at the very end just to be safe. I tweeted that Red would cut someone after a performance like that. Ainge cut Wagner. Tacko wasn't active that game. But that stuff never happens when he's in games. How often have you screamed at your TV to get Tacko out of the game before the Celtics blow their whole substantial lead? That doesn't happen.

Even early in the season when the Celtics were decimated by COVID's Health and Safety Protocols and Tacko played significant meaningful minutes that didn't happen. Moving forward Time Lord and Tristan will continue to be the players who get the minutes at the 5, but Tacko's name deserves to be in the discussion when Stevens is forced to look further down his bench. I would like to see Tacko get minutes at the 5 that not only is Kornet getting, but players like Semi Ojeleye and Grant Williams are getting. Instead of worrying about what Tacko can't do, make the other teams and coaches worry about how they will be forced to adapt to having a defensive force like Tacko protecting the rim.

Fantastic pic at the top of this post via Daryl