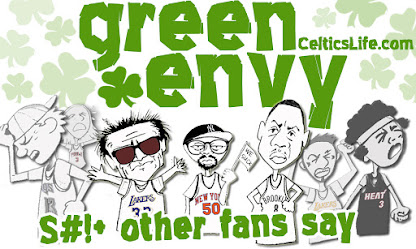 The Celtics went down to Orlando and with Kemba back in the lineup, took care of business against Mo Wagner, who seemingly had a bone to pick after being released and the Magic. Magic were basically a shell of themselves, missing almost half their team due to injury. Felt good to finally get an easy game where we actually take care of business from start to final buzzer didn't it? Kemba continues his streak of looking amazing when he's rested and Jayson continues his torrid shooting with Fournier and Nesmith continuing to put together some good games. This game was hardly ever close so I don't expect to see much hope from their fans at this point, but let's take a listen to whatever salt they did decide to spill, shall we?
I’ll take one L please
Evan Jordier
It’s gonna be a lonnnnng night, boys and girls lol
Trade Mo im tired of him
Tank is back on
We about to tell the Thunder hold our beer
Until Mo actually puts his long ass hands up on defense I’ll continue to rag on him
Welcome back, Cliff. Lol
Alright guys I’m out! (early first quarter lol)
Cliff is like “I shoulda stayed in COVID protocol”
This is not basketball I’m watching right now
Ha ha ha this shit bad but hilarious
If Cole is out, then don’t see us winning again (High hopes?)
How is Orlando magic an nba team
Can we forfeit at halftime?
And.... we’re the worst team again
Celtics are garbage
I’m so sick of our opponents...Will you all please DESTROY our team please...So that we fans can live in peace for the next 7 games.
Mo keeps his head down smh SOFT AS CHARMIN
Boston announcer almost called us Orlando Maggots by accident 💀
Refs used to be hall monitors w their soft ass calls
Jabari Parker? Oh my god it’s like seeing a ghost!
Cliff stormed off before Fourn can greet him postgame 🤣
Losing by a million, watching a former player play well against us in another jersey, watching the literal slowest player in the league shaking the soul out of our guy as the opposing announcers scream with glee "TAKE THAT WITH YOU MO! TAKE THAT WITH YOU!"....
It's tough being a Magic fan sometimes lmao. Hopefully games like tonight add up for us and we crush it in the lotto and get back to the good times sooner then later lol...
In other news, A A ron was killing it for the Nuggets tonight!
The Magic went from having no PGs to having the greatest collection of PGs ever assembled.
I approve.
Very short one from the Magic fans today. There honestly wasn't a lot of salt worthy talk going around, somehow. They have fully embraced the tank and it feels like most fans have left the fandom for now.