Video: Bucks sweep Heat out of playoffs; 76ers go up 3 games to 0 on Wizards 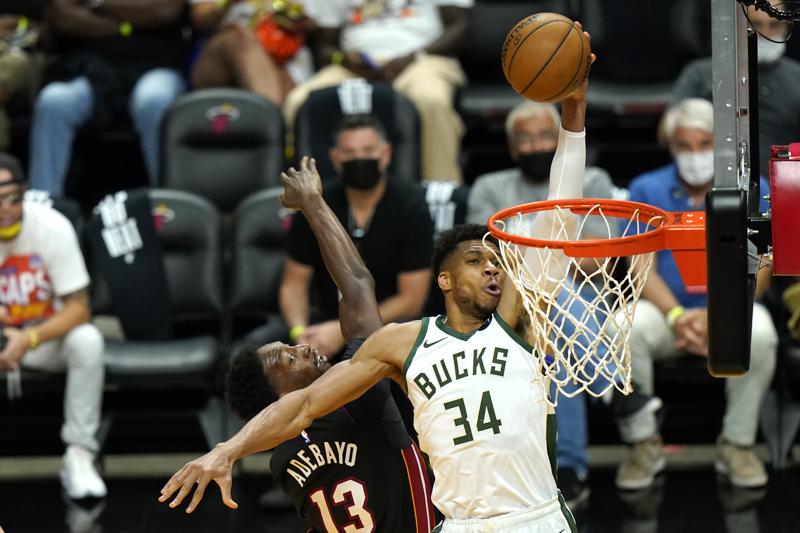 Led by Giannis Antetokounmpo’s 20 points, 12 rebounds and a playoff career-high 15 assists, the No. 3 seed Bucks defeated the No. 6 seed Heat, 120-103, in Game 4. Brook Lopez added a game-high 25 points (11-15 FG) for the Bucks in the victory, while Jimmy Butler tallied 12 points, 10 rebounds and 10 assists for the Heat in the losing effort. The Bucks have now closed out this best-of-seven series, 4-0, and will advance to the Eastern Conference Semifinals to face the winner of the Brooklyn Nets vs Boston Celtics series.

Speaking of sweeps, Doc Rivers and the Philadelphia 76ers are now just one game away from knocking out the Washington Wizards in four straight games. Last season Philly was on the other end of a first round sweep, but after Doc Rivers was brought in and Daryl Morey tweaked the roster, the 76ers finished atop the Eastern Conference.