KG: "So nobody gonna say anything about Kyrie Stomping 'LUCKY'? 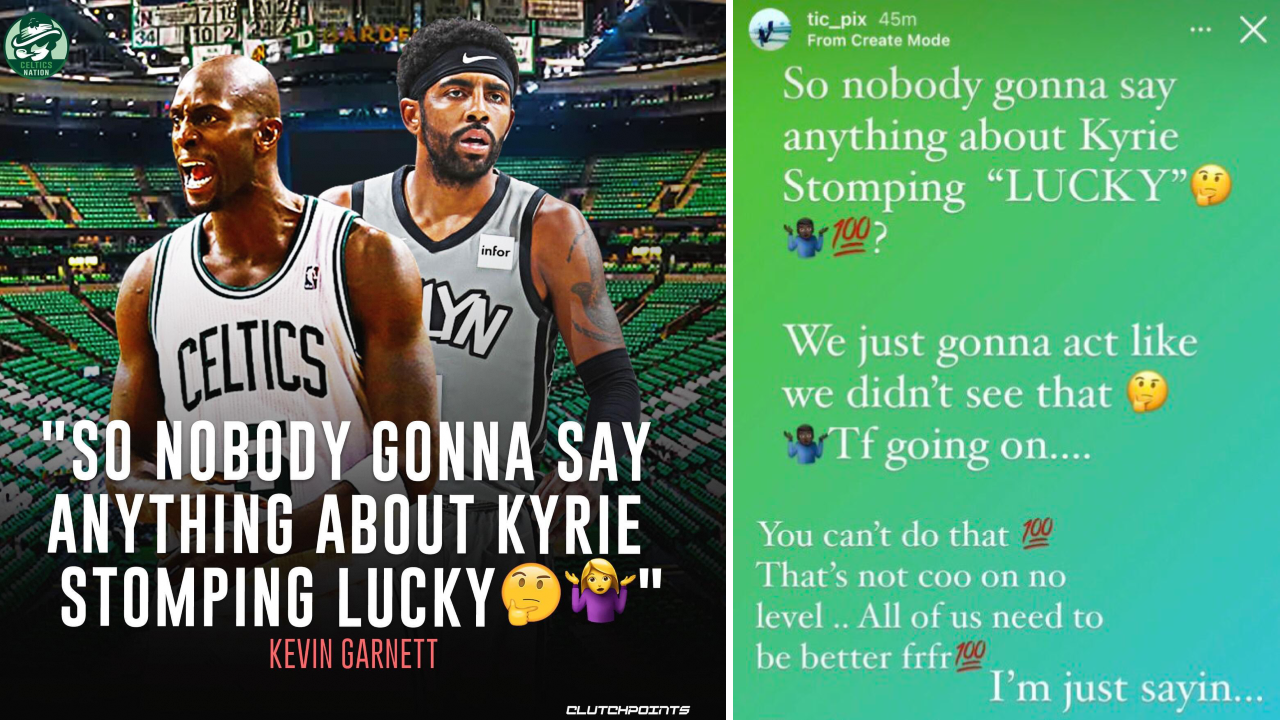 Former Celtics were not happy with the petty display Kyrie felt the need to put on after the Nets Game 4 win over Boston last night. As I mentioned in the below tweet, the Celtics should be rolling out the red carpet to make Kevin Garnett the face of this franchise.

The two greatest competitors on the Celtics the past 40 years have been Larry Bird and Kevin Garnett. The Celtics organization let Larry Bird get away and he became an executive of the year with the Pacers. Now it appears that the Minnesota Timberwolves are looking to bring KG aboard with their new ownership group. There definitely has been a big enough window available for the Celtics to make such a move and it's a pity they haven't.

In addition to Garnett, Cedric Maxwell also didn't take kindly to Kyrie's petty stunt. I'm sure most former Celtics didn't. The media for some odd reason didn't ask Kyrie about the stomping on the logo, nor did they ask the current Celtics players. Honestly if they are too scared to ask questions like that they shouldn't have a press pass.

Still think Boston should offer KG a management role which includes an ownership share. Garnett should be the face of the Celtics. And from these comments he’s already the voice of the fans. pic.twitter.com/1xGCWcLKfT

Might be wrong, but feel like if Kyrie did this to Bird, Parish, D.J and Max’s Celtics someone would put him on his ass his first drive to the hoop on Tuesday. https://t.co/Ir8nUROcSk