Grading the Boston Celtics in Game 4 vs. Brooklyn


Rough night for the Boston Celtics, falling to the Brooklyn Nets 141-126, putting them 3-1 down as the series shifts back to Brooklyn.

As a team, the Celtics weren't great, especially after the first quarter. Boston led after 12 minutes, but Brooklyn took over by halftime, and never looked back. Let's assess the performances of each of the Boston Celtics' players in Sunday night's loss.

A few housekeeping items: This list only includes players who logged 5 or more minutes tonight, so no Tremont Waters, Luke Kornet, Carsen Edwards, or Tacko Fall (they combined for 1 point and a couple rebounds in garbage time). Let's start with the starters. 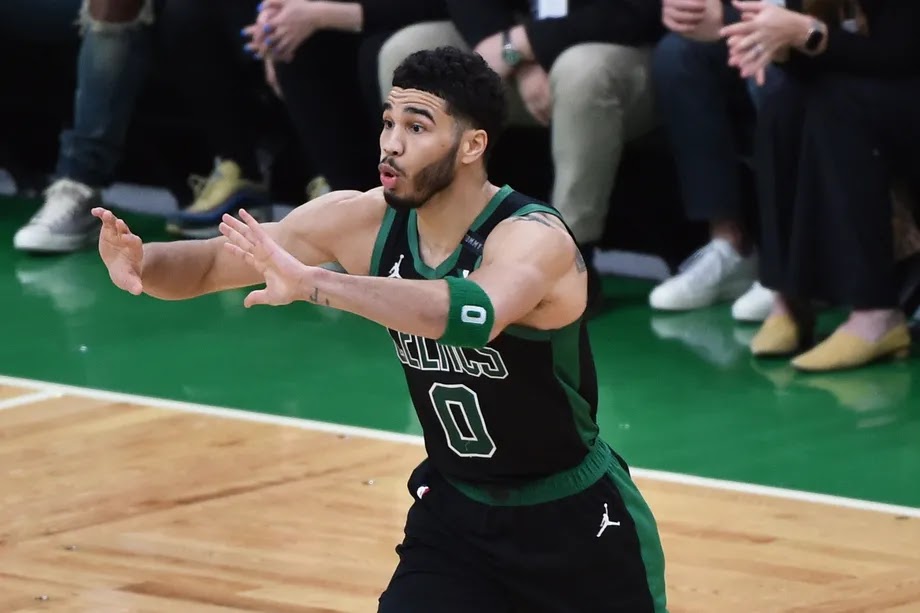 Jayson Tatum: A-
In the absense of Jaylen Brown and Kemba Walker, most of the offensive load fell to JT tonight. He shot 10-22 from the field, 3-7 from 3, but a smooth 17-17 from the free throw line., giving him a grand total of 40 points to go along with 7 rebounds and 5 assists. His aggressiveness driving the lane to get those free throws is something that he has started to do more often as of late, and is something that he should continue to do going forward. He was near perfect in the first, but got very little rest especially in the first 12 minutes, and he ended up logging 40 minutes total. Brooklyn's defense was focused on him, seemingly triple-teaming him when he went to the rim. Tatum was charged with a technical for arguing a missed call (which there were plenty of against him). Tonight, JT showed he's a great first option, but he needs some help. This Celtics team is much better with Jaylen Brown and Kemba Walker helping in the scoring department. Not much he could do by himself.

Marcus Smart: B+
More good than bad for Marcus tonight. He was solid in the first half, confident from the tip, playing with pace, and overall played one of his best games in a while. No, he wasn't the defensive mastermind that made a difference for the Celtics tonight, but he did what he needed to do. However, he did get into foul trouble early (giving JT more early minutes), and played more "hero ball" in the second half, putting up some unwarranted 3 pointers that the Celtics could've lived without. These are the reasons why his grade isn't higher. But, for having to be the 2nd/3rd option for the Celtics tonight, you really can't complain with his performance, finishing with 16 points, 9 assists, and 6 rebounds.

Evan Fournier: C+
Not the best game in Boston threads for Fournier tonight. He finished with 16 points and 2 assists, but that doesn't tell the whole story. He had a quiet first few stints, his shots weren't falling out of the gate. He showed some defensive intensity, but wasn't able to keep up with the high level that James Harden was playing at tonight, he got beat almost every time they matched up. I'm sure that Evan wanted tonight to go differently, both in personal and team performance, but it could've been much worse.

Romeo Langford: B-
Getting the nod to start in place of Kemba Walker, Romeo tallied 9 points on 2-6 shooting (1-3 from deep), and went 4-4 from the line.

I do not care if Romeo Langford scores 0 points today.

If he keeps up this defense, I'll be happy!#Celtics


This was my impression of Romeo at the start of the game, and this is essentially what he did. In his 26 minutes, he played solid defense against Kevin Durant, even though Durant ended with 42. He struggled with ball security some, and wasn't selfish with his touches. If you're thinking, "why is he getting such a high grade?" To me, the answer is simple: He came in and gave it his all, knew his role, and played it well. What expectations were we supposed to have for him?

Tristan Thompson: C-
Coming off an impressive (for him) performance in Game 3, and hyping up Game 4 with the 17,000 fans, this game was kind of disappointing. He, along with Fournier had a quiet first stint, and was the first to exit the game with a pair of early fouls. In this game, it became apparent how much the Celtics NEED Robert Williams. Thompson did all he could, finishing with 3 offensive rebounds, but it just wasn't enough. His rim protection coming from the weakside on Harden's drives wasn't enough, perhaps something that Rob Williams could erase with his length. Grant was a solid backup, but again, not good enough.

And now, the bench.

Payton Pritchard: A-
P-Rabbit was confident as usual, showing how mature he is after his 4-year stint in college at Oregon. He played smart, and earned his 24 minutes, even as the second scoring option behind Evan Fournier for a short stint. Although I wish he would've taken more than 9 shots (5-9, 2-4 from 3), his 12 points were needed, especially his deep 3's that kept the 17,000+ in attendance at TD Garden in the game.

Aaron Nesmith: B
Aaron was his usual self, giving good effort on the defensive end. His shooting started slow, but really came on in the second half, going 3-5 from deep in 19 minutes for 11 points. His shooting and defensive abilities are something that the Celtics are fortunate to have now, and in the future as he continues to grow his game. He wasn't perfect by any means, he struggled with switches a few times, but hey, he's still a rookie! He wasn't a game changer tonight, but it'll do.

Grant Williams: C+
Grant wasn't perfect, by any means. He was solid on the offensive glass in the first half, but his quality of play declined as the rest of the team. Not really the scapegoat, he wasn't the only one who had a rough night. He took some shots that, if they didn't fall, would have annoyed Celtics' fans, but they dropped, so we can't complain. His defense was serviceable, but struggled against Kyrie Irving specifically, but that would be expected for matching up against a craft guard such as Irving. The more experience he gets, the better. I miss 2020 ECF Grant...

Jabari Parker: C
Nothing super impressive about Jabari tonight, finishing with 10 points on 4-5 shooting in 17 minutes of action. His defensive struggles shone the brightest, his lack of lateral quickness on the perimeter left him in KD's dust as he drove the lane for an emphatic jam.

.@KDTrey5 with the HAMMER pic.twitter.com/kYXvRjIsGM


The scoring that he brought to the table in Game 3 was absent. But, limited minutes means a limited showing, I'm not too worried about Jabari. If he can give more effort on the defensive end, he can contribute to this Boston squad more.

Semi Ojeleye: C-
Not much here for Semi, he only played 5 minutes. I think it's safe to say that most Celtics fans were suprised to see him, especially so early on in tonight's game. But, in his short time on the floor, he showed his defensive effort, diving on the floor for a loose ball that led to a Celtics' breakaway. But, his limited minutes and sporatic playing time beg the question: Does he deserve a roster spot next year? We can dive into that once the Celtics hit the offseason.

Going into this series, I knew that winning games against this talented Nets team wouldn't be easy. The Celts were able to get it done in Game 3, but weren't able to replicate for the sold-out TD Garden in Game 4. Will this be the last game in the Garden this year? Can the Celtics extend the series to Game 6? Only time will tell...