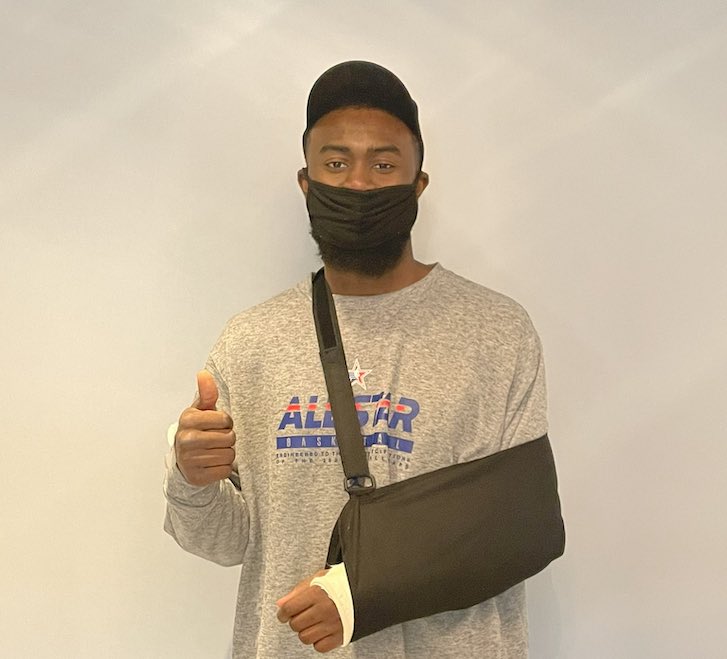 Celtics announce that Jaylen Brown is expected to return to basketball activities in approximately three months.

The Boston Celtics and Jaylen Brown himself both updated fans after his surgery to let us know everything was a success. When it was first announced that Jaylen would be out for the season with wrist surgery, the blue check mark Celtics reporters immediately put on their doctor white coats and reported that it would take Brown 6 months to be back in the line-up, so mid November. Turns out that return date could be much sooner.

I expected Jaylen to be back by the opening of training camp, but then one of our followers wisely pointed out that not only was it foolish to use Romeo Langford's 6 month recovery from his wrist injury for Jaylen, since different people have different drives, but that the simple fact Romeo's surgery dealt with the wrist of his shooting hand and Jaylen's is his off hand will shorten the timetable. And anyone who has ever shot a basketball(correctly at least) knows the wrist is close to as important as the hand.

While Romeo likely had a fully healed wrist months prior to his return, the occupational therapy and basketball training needed to get him back shooting jumpers on the court still was needed. Jaylen still will have to go through that therapy with his off wrist, but barring some unexpected setback he will be NBA basketball game ready sooner.

Now note while this 3 month time table for a return to basketball activities means Jaylen should be back in a gym by mid August, there is a difference between basketball activities and playing in an NBA game. That said Adam Silver says the 2021-22 season should be back to a regular calendar, so that puts opening night at the last week of October. So while I don't have a doctor's license either, nor do I even own a white coat, there's every reason to believe Jaylen Brown will be ready to go from the jump next season.

Considering Jaylen made a leap last season to All-Star contention and then another leap this yr to bonafide All-Star, it's definitely not out of the realm of possibilities that we will see his game taken to an even higher level next season. Guess here is he will improve as a playmaker. Once you've mastered scoring 25 or 30 a night, the next step for elite wings is to develop as playmakers.