Danny Ainge says “there will be changes” this offseason 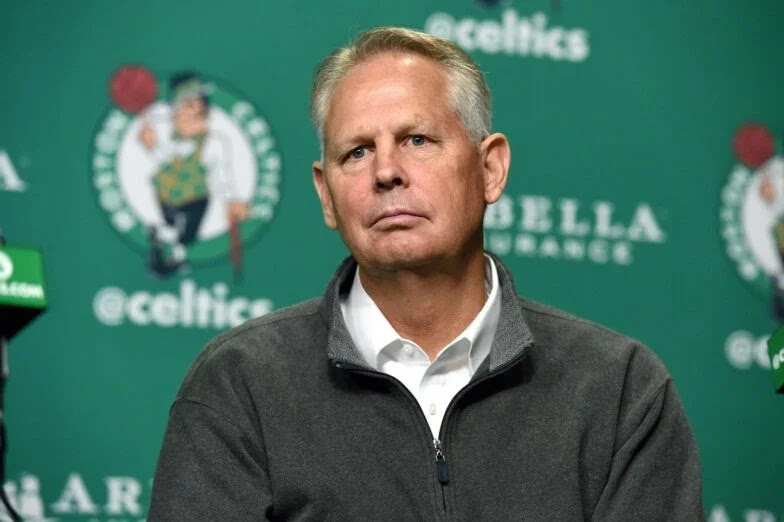 Danny Ainge went on his weekly Toucher & Rich radio interview on Thursday and had some things to say about the current roster and disappointing season. One thing to note for fans is that he continues to back his Head Coach Brad Stevens saying “he is not the problem” and there is a difference between the perceived problems (by the fans) and the real issues with the team (within the organization).
Danny alluded to the fact that there will likely be moves and changes this coming off-season which are much needed evident by the train wreck of a season we are all powering through. There have been bright spots this year with the teams two all stars taking big steps toward becoming true stars and in Jaysons case becoming a guy who can really take over games. With that said, they haven’t been able to do it enough to offset the lack of talent at the end of the bench. There have been many games this season where Jayson or Jaylen ends with a plus 10 or more and the team losses convincingly. That is impressive and shows the clear lack of ability by the 8-13 spots on the roster to get the job done.
I’ll take a early stab at who I think will be gone after this season and who I think could potentially be part of a bigger deal or plan. With Jabari Parker signing a 2 year deal even though it’s only partially guaranteed, I think they’ll give him another season to show if he can regain his form as he has shown flashes, I think Semi is going to be gone. I could see Grant sent packing in a trade for a 2nd rounder or something to open a spot. If not Grant, I think they’ll certainly shop Tristan Thompson around with the emergence of Rob Williams. With those two dangling out there they will need to add at least one to two more reliable bigs to get back to a three big rotation. I also think Evan Fournier will likely be resigned, he seems like a Boston type guy with his attitude and he really pairs well with the Jays as a third shot creator as well as spot up shooter.
Now, Danny said there won’t be much movement with the “best players” on the team, but that could easily be a smokescreen or just not wanting to piss of his guys on the verge of a playoff appearance. I wouldn’t be 100% supposed to Smart being in trade talks as long as the return made sense, but the big name I could see moved is Kemba Walker. I like Kemba, he’s a great guy, locker room guy, and he regained all star form near the end of the season. However, his contract is hefty and him regaining form could be exactly what Boston needed to add value to his contract for trade purposes. Boston’s last chance at adding a big contract player with this core would be to trade Kemba either for a good return or for another TPE. The TPE would drive the fan base bonkers, I know. His max salary slot, his new healthy knees, and talent along with a first round pick or two and a young player(s) could net you a new big fish, or maybe just a top pick.
Either way, this team will look different and Brad will be trying to bring this team back to a 10 defensive team next season.