Celtics are back to .500 with loss to Cavaliers 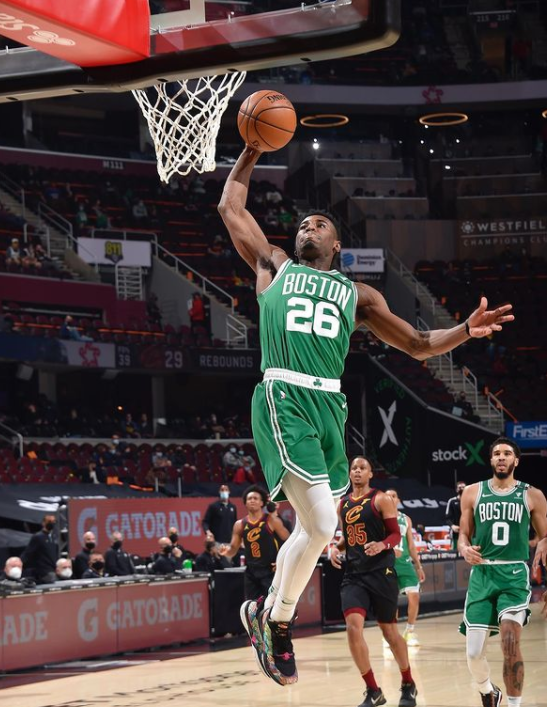 The Celtics had a 102-94 loss to the Cavs in a low scoring affair to drop to 35-35. Boston shot an awful 36% as a team. The Celtics are now just a .500 team headed into the last few days of the regular season.
Jayson Tatum led the way for the C's as Tatum had 29 points to go along with his 8 rebounds. JT shot 11/26 from the floor in this contest. With Jaylen Brown out, we're going to need a lot out of JT if the Celtics want to make any sort of run this season. Going to be a huge challenge for Tatum, and I'm interested to see how he'll handle this situation.
Aside from the foul trouble, rookie Aaron Nesmith had another nice game finishing with 8 points, and 7 rebounds to flirt with his first career double-double. Payton Pritchard also had a solid outing with 15 points. The 6'1 guard's aggressiveness helped him secure 7 rebounds.
Cleveland was led by Kevin Love. Love, who's been battling injuries this season, had 30 points with 14 rebounds against the C's. Collin Sexton had 28 points with 8 assists as the 22-year old guard continues his impressive season. Sexton has that dog mentality that will keep him in the league for a very long time.
The Celtics will now be taking the floor in their next game against the Minnesota Timberwolves. We'll get one last look at Anthony Edwards as we're already in the final stretch of the regular season. That game will take place on Saturday as Boston looks to escape Minnesota with a W.
Read more from George Dimis HERE!