If you can't win 1 of 2 play-in games, you weren't going far in the playoffs anyway 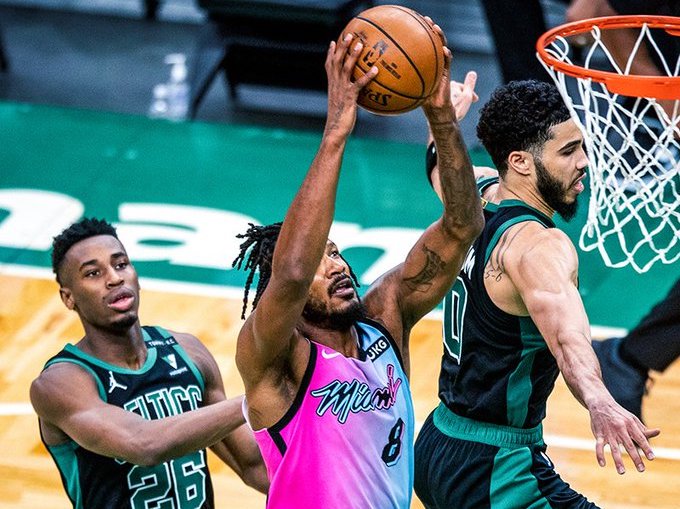 With today's loss to the Miami Heat the Celtics seem pretty destined to not finish in the top 6 of the Eastern Conference and thus be forced to participate in the play-in games. There is a chance Boston could fall to #8, but even then you'd still be in the same situation of having to win one of two games in the play-in tournament. If for the Celtics there doesn't seem to be much of a choice, for fans who like to bet, bookmakers.tv brings a variety of it. In addition, it also brings evaluations that are made by the bookmakers' users, now it depends only on the Celtics to try to keep pace in the competition.

The chances of the Celtics falling to the 9th place are extremely remote. The Wizards would have to win out the rest of the way AND the Celtics would have to manage to lose multiple games. And after the Celtics face the Heat again on Tuesday, their final 3 games are against the Cavs and Wolves who are both battling to finish with the 2nd worst record in the league (aka tanking) and a season finale against the Knicks who will undoubtedly be resting all their major players as all teams who have clinched the playoffs tend to do that last day.

The chances of the Celtics finishing in 6th are also very low, so play-in tournament it is. While this is a let down no doubt, there's quite a big difference between being the 7th or 8th place team and finishing 9th or 10th. The 7th and 8th place teams get two cracks to make the playoffs. The 9th and 10 place teams have to win twice in a row.

So let's say Boston plays Charlotte first. Win that game and they make the playoffs. But if they lose that game they then have a shot against the Wizards vs Pacers winner. Many Celtics won't be satisfied unless this team has a deep playoff run. In a way, Brad Stevens and the current Celtics that have been in Boston are victims of their own success. Three Eastern Conference Finals in four years means fans not only expect the Celtics to make the Eastern Conference Finals, but a loss in that third round would still leave said fans disappointed. 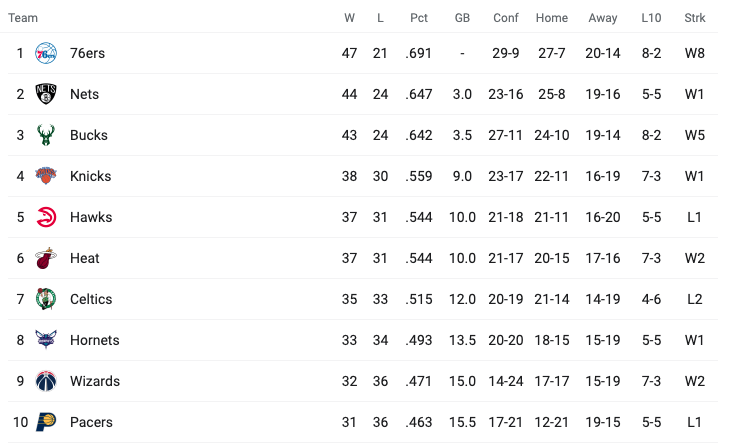 The Celtics are the only team in the Top 10 of the Eastern Conference with a losing record over their last 10 games. Not exactly finishing strong right? They really have only themselves to blame for falling to 7th place. But here's the thing, does it really even matter much if the Celtics lose both play-in games? Any team that can't even win one of two games versus a .500 team and a below .500 team wasn't making the conference finals. That's a team that would have just gotten embarrassed by the 76ers or Nets in the first round anyway.

Personally, the Celtics advancing from the play-in tournament just to earn the honor of losing to Kyrie's Nets or the Celtics longest rivals, the 76ers, isn't some great prize. Get knocked out in the play-in tournament or get knocked out in the 1st round? Minimal difference to me. The only shot this 2020-21 Celtics team ever had to make some noise was if they could FINALLY get everyone healthy and show what that team in its entirety is capable of. There was a chance we'd see that team for the first time tonight, but nope. Jaylen didn't play and Time Lord once again went down with an injury (re-aggravating his turf toe).

Celtics stuck in 7 seed as they fall to Miami https://t.co/cP3Cz1zpJe

This team doesn't have the margin of error to play down one, two, or three of their top seven guys every game. These aren't the Celtics of recent years past, where an injury here or there actually helped defined roles for too deep of a roster. When Kemba misses a game, there's no Terry Rozier to step up. When Jaylen is out, there's no Gordon Hayward to go back to taking a more prominent offensive role. Robert Williams and Tristan Thompson might as well be Clark Kent and Superman, because you rarely ever see them available to play on the same days. And there's no Daniel Theis or Aron Baynes to fill in for them. You either go with Luke Kornet who is a shooting guard in a 7'2" man's body, or Grant Williams who would make a great 5 if he was 4 or 5 inches taller. Again, no margin for error injury wise with this roster.

Wouldn't be surprised if the Celtics take a them against the world stance now as motivation. The "Everyone counted us out, but ourselves" backs against the wall/ prove the "haters" wrong strategy. If that's what they need to do, I say go for it.