Celtics embarrassed against the Nets, down 0-2 in the series 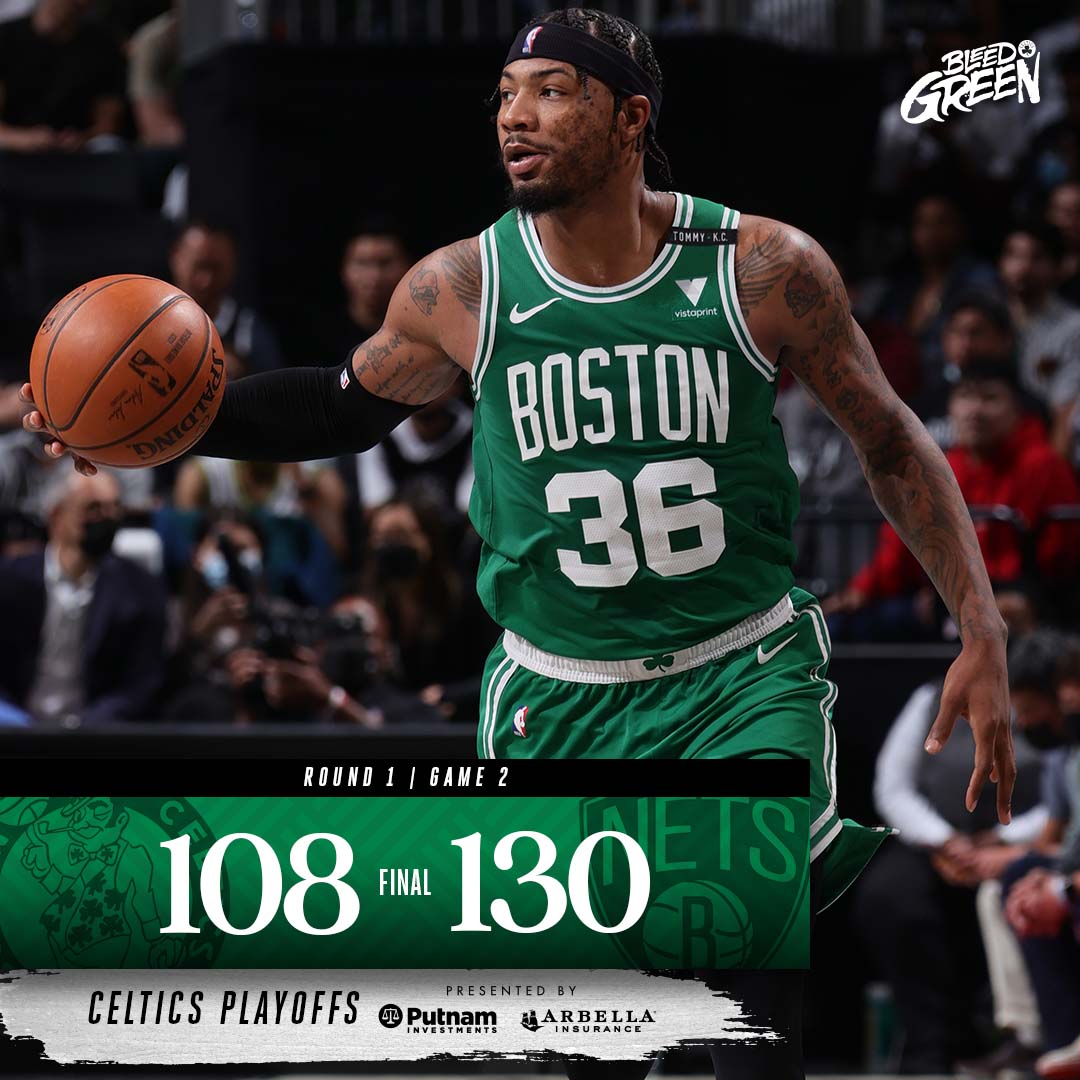 Well that was difficult to watch. The Celtics basically lost the game in the first quarter, as Brooklyn outscored them 40-26. From there, it was little better, as Jayson Tatum was ruled out at the end of the third quarter after being poked in the eye. Whether this is something more serious, or just keeping Tatum out in an already lost game remains to be seen. Oh yeah, I know everyone's anxious to hear the final score again; the Celtics lost 130-108.

#NEBHInjuryReport Jayson Tatum was poked in the right eye. He will be out for the remainder of the game.

In terms of bright spots, there wasn't many for the Celtics. Kemba Walker did shoot better from the floor in comparison to his Game 1 performance, as he scored 17 points on 5/11 shooting. Evan Fournier also played better, scoring 16 points while also demonstrating some heart and exchanging some passionate words with Kevin Durant. There was also a time in the third where Marcus Smart hit three straight three's, and again provided some needed passion, but other than that, it wasn't much fun.

KD and Evan Fournier get into it 👀 pic.twitter.com/kCM8FNiKpZ

As I previously said, Tatum was poked in the eye by Kevin Durant, and ruled out for the rest of the game. He didn't contribute much before being ruled out, as he shot 3-12 from the field, with 3 turnovers, and was a -28 on the floor.

For the Nets, Joe Harris was lights out from three, going 7-10 from behind the arc for 25 total points. Kevin Durant also played well, as he often does, scoring 26 points on a highly efficient 8/12 from the field. And Blake Griffin demonstrated yet again how he finessed his way out of Detroit and threw down two thunderous and-one dunks, which was fun to watch as a basketball fan.

BLAKE DUNKING ALL OVER THE CELTICS 🤯 pic.twitter.com/IwTYHVwOX8

There weren't many Celtics highlights, but feel free to watch below:

Rob is always there when you need him 🔨 pic.twitter.com/r4VoIaiseF

The Celtics look to rebound in what is a must win game during Game 3 in Boston, which is scheduled for Friday, May 28th, at 8:30 PM EST.