Can Nesmith crack the playoff rotation? 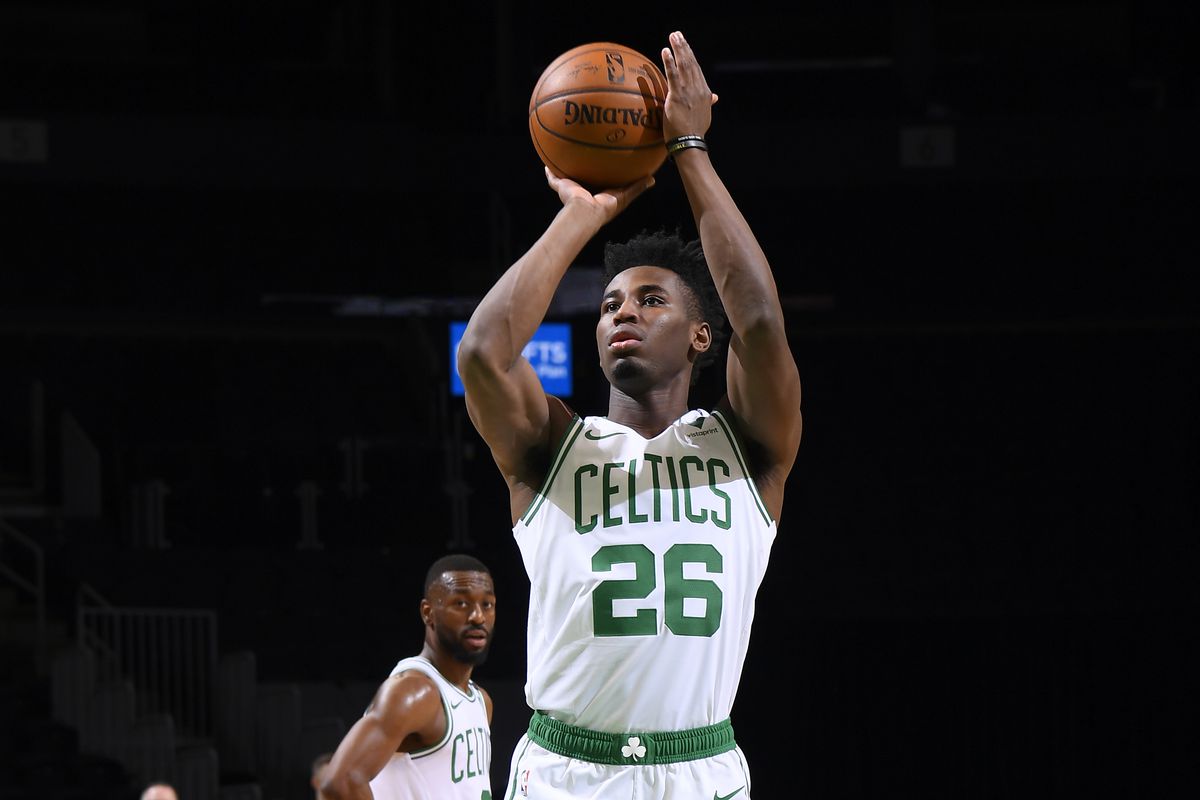 Aaron Nesmith, the 21-year-old rookie out of Vanderbilt, has had plenty of ups and downs this season. Coming out of the draft he was expected to be a hardworking sharpshooter and was shooting 52.2% from 3-point range on about 8 attempts per game before his season came short due to a foot injury. His shooting stroke hasn’t quite carried over to the NBA yet, and he has struggled to find his shot at times He’s registered 25 DNPs out of the 64 and averages about 13.5 minutes per game when he does play. In that time he’s averaging 4 points and 2.4 rebounds on 41.5% shooting from the field, 35.3% from three. All that in mind, it's safe his hustle has most definitely carried over.

Besides for development, the main reason that Aaron Nesmith plays almost 14 minutes a game is because he plays hard for every single second of them. The kid is always throwing his body all around the court, just flying up and down. It seems like there’s a 50-50 shot of either seeing him 10 feet in the air trying to get a chasedown block or down on the floor after diving for a loose ball. If he’s got one thing, it’s heart, and that doesn’t go unnoticed.

Brad Stevens on Aaron Nesmith: "He plays hard. I know we say guys play hard, but he's way over here (gestures well off screen) on the "play hard" scale."

Nesmith, despite not finding his range yet, still has the ability to impact the game on both ends of the floor, and really showed up in the team’s past two games. He logged 31 minutes when the Celtics took on the Hornets on Wednesday, and in that time he scored 15 points, pulled down 9 rebounds, and had 3 blocks and 3 steals, all season highs. He shot 6-12 (50%) from the field and 2-5 (40%) from three, and he ended the game a +4. On Friday in the contest against the Spurs Aaron registered 16 points, 6 rebounds, 1 assist, and 1 steal in 30 minutes. He shot extremely efficiently at 7-9 (77.8%) from the field and 2-3 (66.7%) from three, finishing the game as a +12. 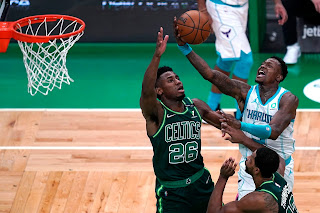 In both games he stepped up and earned his minutes, and the box score reflects that. The crazy thing is that the box score isn’t even where he made the biggest impact. The effort, confidence, and timeliness that he played with were what realty stood out about those performances. The majority of credit for the 32-point comeback against San Antonio is being given to Jayson Tatum, and the team definitely need all of his 60 points, but Aaron Nesmith was making big play after big play to help turn the tides and prevent San Antonio from taking back the game.

When it was a 19-point game late in the third quarter Nesmith went on his own little 5 point run, first hitting a three followed by a putback layup off a missed shot from Tristan Thompson. Then on the first possession of the first quarter he came out and drilled a three, at that point cutting it down to a 12-point game. With just about a minute left in the 4th the Celtics were down by 2 and there was a jump ball after Nesmith was tied up, diving on the ground to pick up a loose rebound. He won the tip, and after Smart sent a full court pass to Tatum, Jayson lost the handle and it seemed like Dejounte Murray was about to steal it back. Nesmith ran the length of the court, cleaned it up, and tied the game with an easy layup in what was just a crazy sequence. The words don't do it justice, so you'll just have to see for yourself.

Beyond all of his offensive contributions, his defense was outstanding throughout the game, but most importantly down the stretch. Opponents shot just 4-11 when guarded by Nesmith. Demar Derozan, who the Spurs were trying to force onto Nesmith went 0-2 against him, including a potential go-ahead basket with just 1.5 minutes left in OT.

These past two performances from Nesmith show that he still has a lot of potential. Prior to them, the reactions from Celtics fans had been all over the place. On one side you have the fans yelling at Danny Ainge for “not knowing how to draft” and taking Nesmith over players like Saddiq Bey, Desmond Bane, and Immanuel Quickley. On the other hand, you have fans yelling at Brad Stevens for not giving Aaron Nesmith enough consistent minutes in games. Somewhere in the middle of that you can also find fans who are somehow both mad at Danny for drafting Nesmith and at Brad for not playing him. Now after the last two games, fans are coming to appreciate his effort on the court.

If Aaron continues to push himself and finds his groove, I wouldn’t be surprised if Brad Stevens gave him short but consistent minutes in the playoffs. In my previous playoff depth chart I listed Nesmith as a garbage time player since I felt that he hadn’t showed enough NBA-level maturity and consistency in his minutes. At this point I still think he's be in that category, though if these past two games haven’t been flukes and he can keep it going, I would likely swap him and Semi Ojeleye, who I previously had as a “fringe bench guy.” The Celtics have eight games left on the schedule, so he doesn’t have much time to work with, but that doesn’t mean it’s impossible either. Only time will tell.