Everybody Hurts (or got ejected); Celtics fall to Blazers 129-119 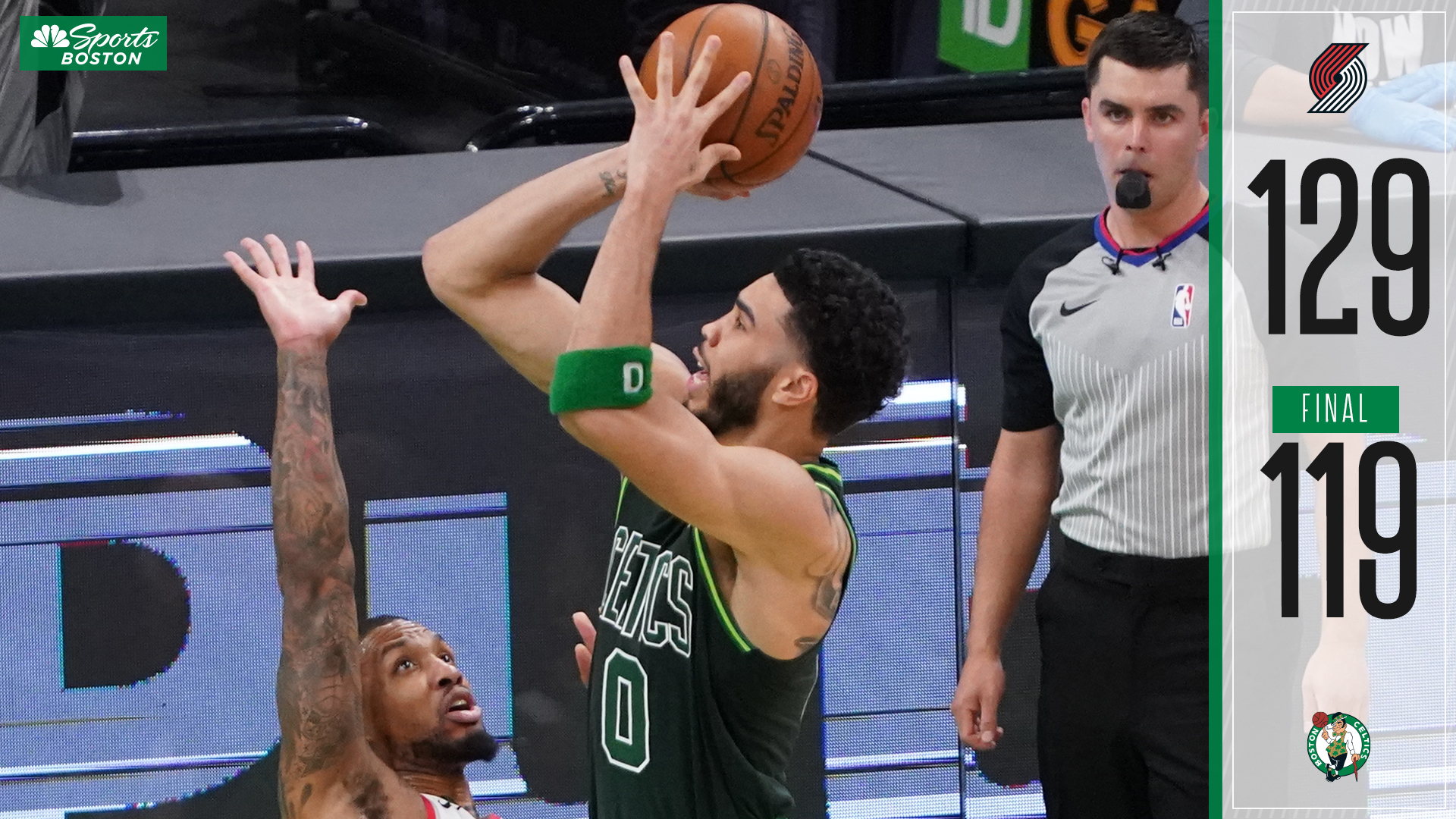 The Celtics lost a close game to Blazers team who has been playing some very good ball of late, but the game was overshadowed by a collision between Boston's two young stars Jayson Tatum and Jaylen Brown. Marcus Smart also somehow got one technical in the final two minutes which led to his ejection. After that the Celtics forced a 3 and the Blazers ended up increasing the lead to ten by the final buzzer.

Tatum followed up his Celtics record tying 60 point performance with 33 tonight. Evan Fournier looked like the Fournier that we traded for and the rookies were both impressive again. The third straight strong performance by Nesmith was especially encouraging. Back to back good games could be an aberration. Three though is a trend. If you want to say the Celtics drafted themselves a keeper with Nesmith you can safely say that now and not just be accused of being a homer.

We'll update you when we hear more on Tatum and Brown's injuries, but sounds like we'll have to wait until tomorrow at least to see if swelling occurs.

Brad Stevens update on Jaylen Brown and Jayson Tatum: "They certainly weren't swollen or anything like that yet. But that can happen overnight and we'll see how that plays out over the next few days here." Says that he will have further update Tuesday."