There's the 30 point blowout win we've been asking for. Came against a very banged up Hornets team, but a blowout versus an NBA team is still a blowout. That makes two in a row for the Celtics. The Celtics were actually able to play all 15 players that dressed. Not sure when was the last time that happened, if ever.

Sharing the ball Celtics are my favorite Celtics.

Jayson Tatum led the Celtics with 22 points, while former Celtics guard Terry Rozier paced the Hornets with 22 of his own. Evan Fournier continued to be on fire from beyond the arc hitting another 4 on only 5 attempts on his way to 17 points off the bench. Fournier's 6 dimes also tied him with Kemba Walker for the team lead.

Romeo Langford made his long awaited debut on the season. Check out this first half block: 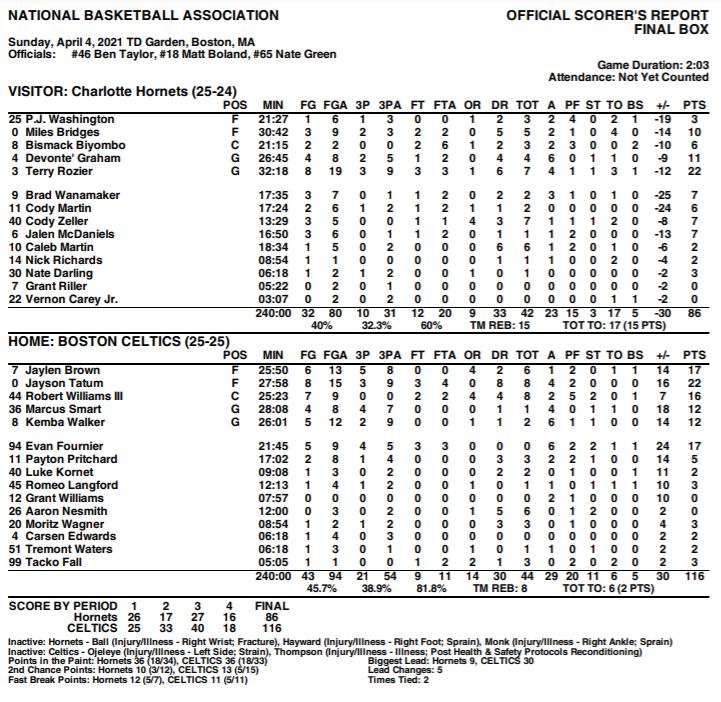 We caught Kemba Walker right after tonight's win to talk about our improving play, and two new additions to the lineup: Romeo Langford and Evan Fournier. pic.twitter.com/2s0RPelm6j