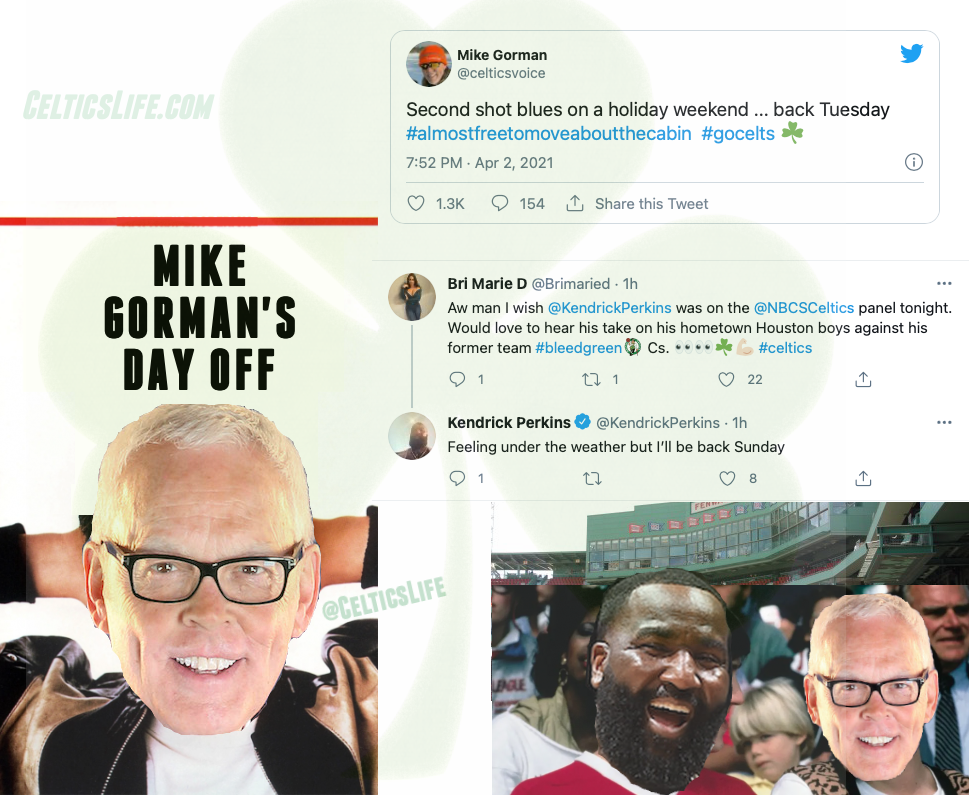 Friday began inauspiciously enough. The Red Sox opening day was taking place and the Celtics were hosting the Rockets. Evan Fournier's green Mercedes arrived and we expected to finally see the real Evan Fournier that night.

I turned on the game and heard Scal. And more Scal. And then another voice. Sounded like Chris Mannix. So either Chris Mannix was joining the crew for a bit or Mike Gorman was out.

Thank you. No Mike or Tommy is so foreign to me. :(

Scal did an admirable job doing play-by-play for the first time. Described the action too much as if the viewers were listening on the radio, but props to him for stepping up. All I know is the Celtics are going to have to search far and wide to find the heir to Mike Gorman's throne when he hangs up the mic one day (Hopefully not for another 40 years). Those will be some HUGE shoes to fill. We should all appreciate every game we still get to listen to him. Same goes for joe Castiglione with the Red Sox.

But I digress, the Celtics voice himself chimed in on Twitter:

And look who else called in sick on Friday:

Feeling under the weather but I’ll be back Sunday

Obviously Mike pressured Perk to also play hooky. Reports are they had themselves a day. If anyone deserves to play hooky for a day it's Mike Gorman. Don't worry Mike, we won't snitch that we saw you and Perk at Fenway. Nor that we saw you joyriding around town in Evan's Mercedes.