Romeo shows promise in his season debut, but he still needs to be eased into a role 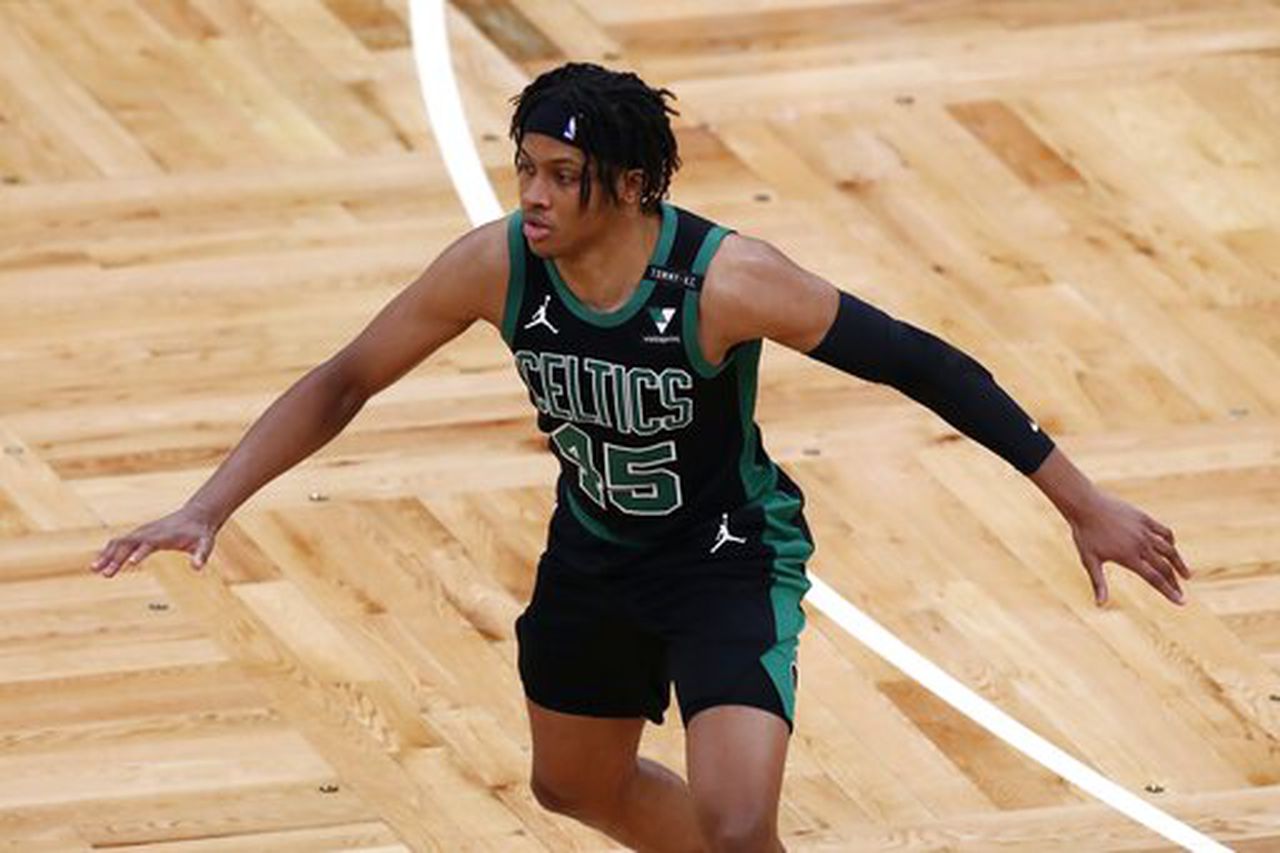 After two brutal losses against the Mavericks and Pelicans, the Celtics demolished the tanking Rockets and the broken Hornets. Those wins might not seem that big of a deal because they are games that the Celtics should be winning anyway, but at this point every game matters. They need to get that 4 or 5 seed to have any chance at a run. The Cs are now 2-2 on the 7 game homestand, with games against PHI, NYK and MIN coming up.

The Celtics performed very well last night against the Hornets; you can tell that the Hornets had no chance by the end of the second quarter. The Cs had everything going right for them, but the most intriguing part of that game was we finally got the long awaited return of second year forward, Romeo Langford. It’s been quite the journey for the Indiana native since making it to the NBA, as he has only played in 40 games (including playoffs) since getting drafted. Despite his past filled with unfortunate events, he is healthy now and ready to make an impact for the team.

Romeo Langford: “It felt good to get back out there, get my legs under me, and compete with my teammates.”

In his season debut last night, Romeo only played 12 minutes. He played short stints at a time: he got subbed in at 1:53 left in the first quarter, taken out at 8:31 in the second, subbed back in at 1:09 left in the third and then taken out at 6:18 left in the fourth. I thought Brad did a great job managing his minutes despite the temptation of playing him longer in the blowout win. One of the best things Brad has done this season is sticking to his word about how he manages players coming back from injuries.

If you look at Romeo’s box score out of context it’s nothing that crazy: 3 points on 1-4 shooting, with a rebound, an assist, a steal and a block. It’s not an attractive stat line, but if you watched Romeo play last night then it’s pretty clear what he can bring to the table. He’s a solid 6’4 with a wingspan of 6’10, which screams defensive potential. His size, length and athleticism allow him to have the versatility to cover the quicker guards to the slashing forwards. Last night Romeo held his opponents to 0-13 shooting, putting his defensive skills on display last night.

Nice work from Romeo Langford on the defensive end vs. Devonte' Graham: pic.twitter.com/6Jb20LwyIr

On this defensive possession right here, Romeo proves how he can hang with the shiftier guards. Devonta Graham has shown capabilities that he can score on a variety of different people. On this play Graham loses Romeo on the stepback for a moment, but Romeo recovers very quickly. Then Graham makes another nice move to get Romeo to think he was going to go to his left side, but Romeo recovers again and gives a great contest using his 6’10 wingspan.

good to know Romeo Langford really exists, and here's why the Celtics are still very high on him: pic.twitter.com/04kx6JeUvA

This clip was absolutely nuts. First of all, it was great recognition from Romeo to come into the paint and provide help defense on Bridges. He might’ve left his guy open from three in the corner, but even if they tried making that pass Romeo would’ve had a good chance of deflecting it because of how well he was positioned. Then, the block itself was insane. Miles Bridges is a well known aggressive dunker and Romeo Langford made him look like a bitch on that dunk attempt.

So as of right now, I’m feeling pretty good about adding Romeo into the mix; the bench desperately needed another wing defender like him. As great as it is to have him back, I don’t think there should be any rush to give him big minutes yet. I would love for him to get a rotation spot right away, but it’s too early for that. Brad should continue to ease Romeo into a role until COVID is fully out of his system. I can't imagine it being too easy to get COVID and then play basketball in the NBA with lingering effects. It’s also too risky for his long term health to be pushing him to get more minutes too quickly. Even with COVID aside, he probably isn’t conditioned enough to be playing that much yet. I think they just need to be patient with him so by the end of the season, he’ll be ready for a regular role. For now, Brad should continue to rotate him the way he did last night for at least a couple more games.

Romeo Langford said he still can’t smell that much after his case of COVID. He said symptoms hit him hard for about four or five days during the worst of it, it felt like a really bad flu.

With Romeo making his way back into the lineup, the Celtics depth actually looks pretty solid. The Kemba/Smart/Jaylen/Tatum/Rob starting lineup has been great so far (123.5 Ortg and a 109.2 Drtg). Fournier is getting more comfortable and looks like the bench scorer we desperately needed, Romeo will provide solid defense on opposing teams’ scorers that we also desperately needed, Pritchard continues to be great in his role, Thompson will get boards off the bench and we can sprinkle in Grant/Nesmith/Semi when needed. Now they just need to stay healthy!

The Celtics play the Sixers on Tuesday at home, without Kemba Walker (knee management). Let’s see if the squad can make a statement in front of one of the top teams in the East.

Romeo Langford caught up with @chrisforsberg_ after his season debut pic.twitter.com/lQuAWL6xOi