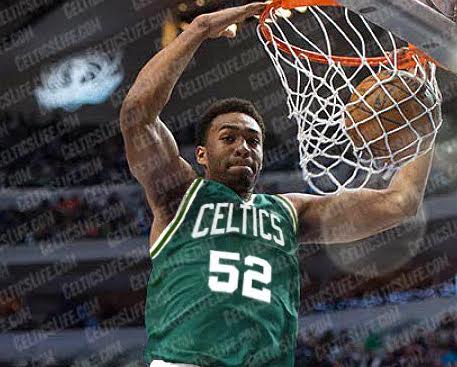 I've been suggesting Jabari Walker as a Celtics target for quite some while. Thought Parker might come to the Celtics as part of a trade for Nemanja Bjelica who Danny reportedly coveted, but the latter was traded to the Heat. This is a no brainer for the Celtics as Wagner is not an NBA player (at least at this time). He was only acquired in the Theis/Javonte deal because he was an expiring contract not making much. the expectation was that at least one of Wagner and Kornet would eventually be moved to make room for one or two buyout players. Drummond chose the Lakers and other players like Kelly Olynyk never ended up getting bought out.

Jabari Parker -- the former No. 2 overall pick -- has agreed to a two-year deal with the Celtics, sources said. Parker, a career 14.8 points per game scorer, gives Boston some depth in frontcourt. https://t.co/MBe2PXC5Fu

Luke Kornet also outplayed Wagner, so Mo was on borrowed time and then his -20 last night in a little more than 5 minutes, which was pretty historically bad, sealed his fate. Well I'm guessing his fate was already decided, but it didn't help.

Can we talk about the fact that Molander somehow managed to end up with a -20 in just 5 mins tonight? I mean that is not easy to do. pic.twitter.com/NexAhh4VQ9

Jabari Parker has battled injuries throughout his career, but he was a highly touted prospect coming out of High School and his one year at Duke. The Bucks selected him #2 between Wiggins and Embiid. He showed flashes of being a future All-Star, but not enough for the Bucks to invest in him with a large long term deal. That should have been a sign as the Bucks have been in keep Giannis mode for a few years now, so letting Parker walk was telling.

Parker signed with the Bulls and made some dumb sound bite about players not getting paid to play defense when he was asked about that deficiency. Since then he's bounced around on a few teams, been injured, ridden the bench, and had some solid offensive performances thrown in there. His 3-point shooting has taken a turn for the worse since leaving Milwaukee which is a bit puzzling.

This signing is in line with what I said looked like the most likely outcome after Ainge missed out on the premium buy out players. I'm assuming the 2nd year of his two year contract is a team option. This way if he sucks the rest of the season, the Celtics can use his contract in the offseason as a valuable non guaranteed contract. And if he turns things around, then they have control. Ainge wisely prefers these deals. A few years back Javale McGhee was supposed to sign with Boston around this point in the season, but he didn't want to commit to a 2nd year, so the Celtics passed. McGee wanted to play well down the stretch and the playoffs and then earn a decent contract. I believe he did in the end.

So if you are a glass half full person, what is there to be excited about concerning this "no-brainer addition"? Parker has the build and skills to be a modern 4 man in the NBA and a small ball 5. Back in the day he would be a 3, but we've already gone over many a times how the NBA is simply different now. If he can regain the shooting stroke he had in Milwaukee from behind the arc he is an asset. Unlike many stretch bigs, Parker has legit wing skills and can handle the ball. Somewhere inside Jabari there's a play making, smooth shooting basketball player. He will need to dedicate himself to being a better defender (Yet another reason now to bring KG back!). He's a poor man's Aaron Gordon to put it another way. Gordon was drafted a few spots after him in that 2014 draft. The difference is Gordon keeps himself in top shape and plays touch D. Jabari isn't as athletic as Gordon, but Gordon can't handle the ball as well. Both get hurt too much.

Parker has a lot of work to do to get his game up to that Gordon level, or somewhere close, but he just turned 26 a month ago, so this could end up being a no risk, high reward signing. The odds are against the high reward part, but again it all depends on your optimism level. The Bucks version of Jabari can certainly help this team's bench. Let's hope for that.