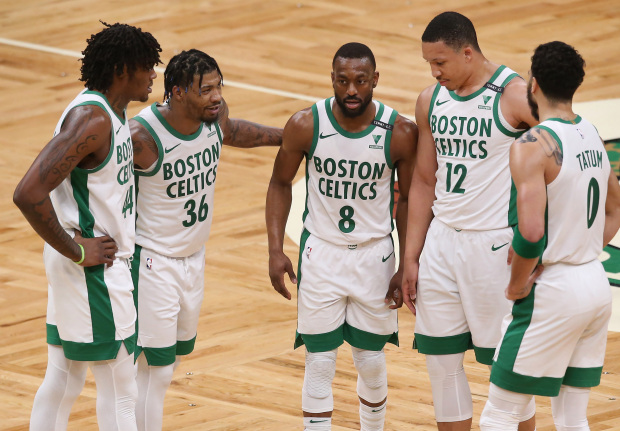 With the playoffs just about a month away the Celtics roster is essentially set in stone.  At the trade deadline Danny Ainge swapped out Daniel Theis, Jeff Teague, Javonte Green, and some 2nd rounders for Evan Fournier, Luke Kornet, and Moritz Wagner. After some underwhelming performances, Moritz Wagner was waived to create space for Danny to sign Jabari Parker to a 2-year deal, allowing him to finish out the season with the team while also showing him that the team believes that he can find his juice again. Jabari, a former 2nd pick, has been on 6 different teams in as many years due to a slew of injuries including two torn ACLs. He’s always been a promising offensive player with maybe less than desirable defensive abilities, and Danny obviously saw something in him to bring him over. Now after all the moves, how does the rotation shape up when looking at the playoffs? I think it can be summed up in three or four groups depending on how you look at it.

When the whole team is healthy the top 5 should be no brainers. Jayson and Jaylen, both all-stars this season, are always going to be the first two options on the team, no ifs, ands, or buts. They’re averaging 25.8 and 24.5 points respectively, accounting for nearly half of the team’s 112.4 total points per game. Next up is Kemba, the next highest scorer and the player with the second most assists per game on the team at 17.8 points and 5.1 assists. Kemba got off to a rough start while coming back from a knee-strengthening injection that kept him out of the first 16 games of the season, but promisingly enough he’s steadily improved and looked healthy since coming back. After Kemba the next two spots on the rotation may at most invoke a second thought, but really shouldn’t warrant much debate. 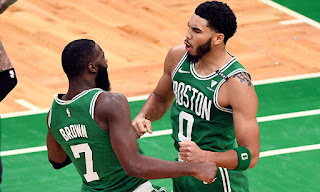 Although Marcus Smart is well versed in coming off the bench, he really is a starting caliber player. He’s currently averaging 13.5 points and a team high 5.6 assists per game. His shot selection may be a bit suspect at times, but he is the best facilitator on the team, a great complement to the Jays, and a tone-setter on the defensive end. Evan Fournier may be capable of starting over Marcus, though Brad has not opted for that option in the few games that Evan’s played in so far, and again Marcus’s playmaking and defense are much more beneficial to the starting lineup than the scoring that Fournier provides.

Finally at the five spot Robert Williams has earned the starting role. In previous years he seemed lost at most times. He did not communicate or rotate well on defense and bit on nearly every pump fake defenders threw at him. Now in his third year in the league he looks like he’s finally settling in and has improved every aspect of his game, especially from a basketball IQ perspective. His athletic ability and seemingly endless energy help him get up quick for lobs, blocks, and rebounds, and now he’s added a pretty reliable mid-range shot to lure defenders out of the paint. On top of that he’s able to kick the ball out and find the open man in pick-and-rolls, making him even more of a threat on the offensive end. He’s averaging 8.2 points, 7 rebounds, 1.8 assists, and 1.8 blocks per game. The only man he could potentially lose his starting role to is Tristan Thompson, although the only time I could see that possibly happening is when Rob is severely undersized like he was against Joel Embiid in our last meeting with Philly.

The main guys who Brad will rely on to relieve the starters should again be fairly obvious. I already mentioned Fournier and Thompson as arguable starters, but since I don’t think either of them will end up in that role, they’ll likely be two of the first ones off the bench. Danny Ainge brought Evan over with the expectation of him being able to generate instant offense off the bench. Evan hasn’t had much time on the court since joining the team due to being caught in the health and safety protocols, but he did give us a taste of what he’s capable of in his last two games. In those games he put up 23 and 17 points on 59.1% shooting, 68.8% from behind the arc. He was a starter in Orlando, but he’ll likely be the 6th man here in Boston since the starting lineup is already so talented and his abilities perfectly fit the bench’s needs. 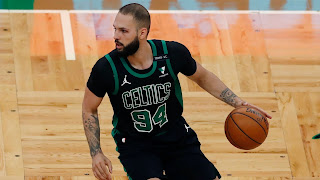 Going back to Thompson, he’s leading the team in rebounds per game at 8. He’s extremely active on the boards, and although he’s still a bit short to play the five, he brings good size and physicality on defense. He’s tough, gritty, and will likely serve as the enforcer off the bench.

As for the guard relief, Payton Pritchard will likely be the first off the bench. Payton, or as the team calls him, P-Rabbit has been a spark plug all season, and similar to the Jays has been the beneficiary of an injury in his rookie year, seeing some extra minutes early while Kemba was rehabbing his knee. He’s capitalized on those minutes, earning his role as the backup ball handler while averaging 7.1 points and 1.9 assists. He plays with pace and confidence and will help the team to keep their foot on the gas pedal as the starters head to the bench.

While most teams limit their playoff rotation to 8 or 9 men there’s always the possibility of injuries, and Brad Stevens also likes to switch things up and try out different players depending on the matchup. Danny and Brad are both big fans of Romeo Langford due to his length and defensive ability, though fans haven’t gotten much time to see it in games yet due to perpetual injuries and presumably losing him in Orlando after the bubble last year (jokes on the last part). He has shown a lot of promise in his limited minutes, and if he can remain healthy for the remainder of the season, then he has a lot of time to prove he’s worth a spot in the rotation. As of now though, we don't have much to go off of. 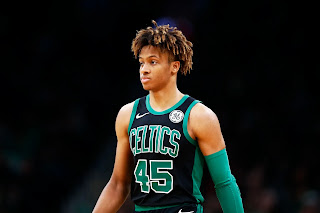 Grant Williams, who has often times been pretty hard to watch this season still plays almost 20 minutes per game this season and probably has a pretty good shot of finding himself in the lineup come playoff time, much to the dismay of many Celtics fans. At times he shows just how intelligent of a player he was expected to be when he was drafted. He reads defenses well and can switch between bigs and guards with moderate success. He’s even been a decent three-point shooter at times, but he’s lacked any kind of consistency this season. He often seems like he’s trying to do too much on the floor and puts the team in a bad spot because of it. Last year he came alive in the playoffs, so we’ll have to hope for him to do the same again this year.

Semi Ojeleye has been a much-improved shooter this year and looks a lot more confident with the ball, though he too lacks consistency. He doesn’t show up much in the box score and his defense could use some improvement, but he does have small spurts where he makes impactful plays on the game. He’s averaging about 18 minutes per game so there’s a chance he sees some decent minutes in the playoffs, but if everyone is healthy that becomes much less likely. 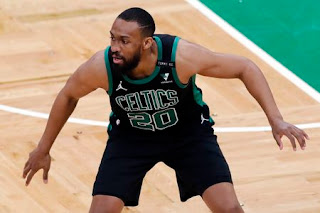 Jabari Parker has only played two games with the Celtics to this point, but he has proved useful on the offensive end. Danny Ainge probably took a chance on him because he saw the potential and he knew that the team’s bench was lacking in offensive power. Jabari could put points up quick, but it may come at the cost of his defense. Brad may decide to inject him into the lineup when things seem stagnant and the offense needs to get going. The last fringe guy I’d consider is Luke Kornet. I don’t think anyone (including Danny Ainge) expected him to be a significant piece in the Daniel Theis trade, but he’s honestly been halfway decent. His shooting percentages aren’t great, but he still adds the threat of a stretch big, and his inside defense has been solid. Standing at 7’2”, he’s second on the team in blocks at 1.2 per game while also only playing about 13 minutes on average. With Rob and Tristan healthy I don’t see him getting too much time unless those guys find themselves in foul trouble, but it’s nice for Brad to have him in his back pocket.

If I were to rank these five players based on likeliness to see playoff minutes it would be Romeo, Grant, Jabari, Ojeleye, Kornet, though it will really depend on the situation since all of them have different strengths and weaknesses. 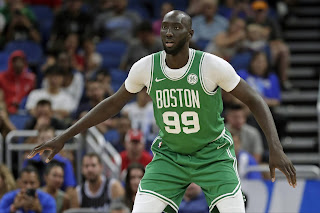 Garbage time (A.K.A. Tacko Time) is not often found in the playoffs, at least for the Celtics. If the
opportunity does arise this is likely the only time you’ll see the likes of Aaron Nesmith, Carsen Edwards, Tremont Waters, and Tacko Fall on the court unless Brad is feeling extra adventurous and decides to play them in any other situation. They haven’t proven that they can play at a high level yet and don’t really add anything to the team that isn’t already there (other than size in Tacko’s case).

With the team’s record slowly improving and some impactful roster moves late in the season the roster is starting to round itself out and look like they can remain competitive. When we put everything together the starters would be Kemba, Smart, Jaylen, Jayson, and Rob Williams with Fournier as the 6th man. Pritchard and Thompson would help to complete the 8-man rotation, and Brad would still have 4 to 5 decent options that he can add in from game to game depending on the team needs. All this, of course is assuming the roster is fully healthy, which is a big assumption. Things change and hopes of a run quickly get shaken up when injuries get factored in. In my next article I’ll discuss how certain injuries could affect the Celtics’ playoff success this year, so be on the lookout for that!