How do we feel about Brad Stevens' contract extension right now? 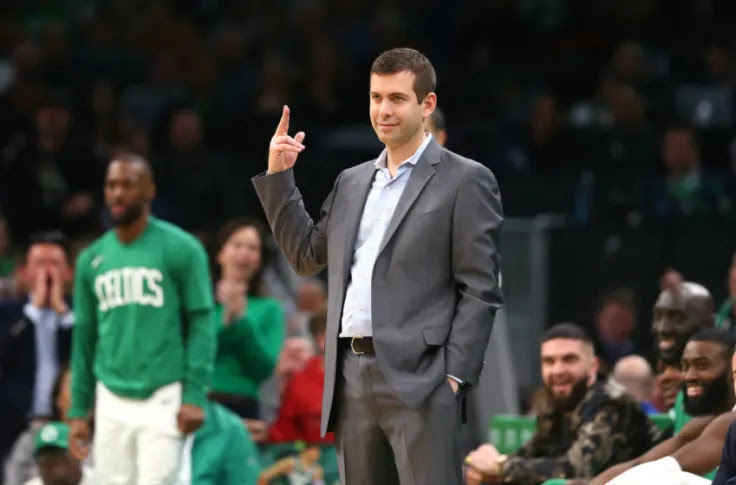 The #Celtics don't tend to reveal the length of their contract extensions, but Danny Ainge told @cgasper on @WCVB coach Brad Stevens received a five-year extension in August and he's under contract six more seasons.

This Brad Stevens contract extension isn't actually news, but for whatever reason it just resurfaced. It was revealed on August 12th that Brad received a five-year contract extension. So he is under contract with the Cs until 2025-2026, along with Jayson Tatum (Jaylen Brown is under contract through 2024). The weird part about this news resurfacing is that we still don’t know how much Brad is going to make in those years. Right now he currently earns about $3.6 million a year, which is middle of the road amongst other NBA coaches (Popovich has the highest salary, earning about $11 million a year according to this list by HoopsBeast). Considering that the Celtics have made the ECF three different times with three different rosters since his first contract extension in 2016, I would assume Brad is due for an increase in salary. I’d guess around 6-8 million a year.

It felt like this news had to pop back up again because of the whole Indiana thing. The Hoosiers supposedly offered him a 7 year, $70 million contract ($52 more than their current coach), but Brad denied that he even got the offer. “First of all I was never offered a package,” said Brad Stevens, per Tom Westerholm. “But right now, I’m thrilled to be the Celtics head coach. It’s a great challenge and a great responsibility. Try to minimize all the distractions and move around that.”

Before the season, I feel like the general consensus around a Brad Stevens extension would’ve been positive. He’s done a great job with underdog teams, players seemed to like and respect him and he is a great tactical coach. After how this season is going, I feel like some people have switched how they feel about Brad Stevens and having him for another five seasons.

I’ve had my fair share of issues with Brad Stevens this season during the peak of their struggles and I know many others have as well. I thought it was his fault that the team looked unmotivated at times and I didn’t think he was coaching up to par to be honest. His rotations were pretty sloppy, his ATO’s weren’t as effective as usual and the way he managed the fourth quarters weren’t great (for example, having notoriously bad free throw shooter Grant Williams, involved very late in games, seemed avoidable).

He deserves part of the blame for how this season has gone, but so does everyone else in the organization honestly. Brad seems like the easiest scapegoat for how this season turned out, but everything about this season has been so whack that there’s no point of designating blame to just him or anyone in particular. We underestimate how much this condensed season with little practice time could actually affect a team. Plus, the Celtics’ injury/COVID issues have been ridiculous. I think when this season is over and we look back at it as the COVID season and not much else (unless, you know, Banner 18 magically happens).

Despite some issues this season, extending Brad for five more seasons is still probably the right move. He might have lost his luster a little bit, but he’s still a great coach and there aren’t many better options to replace him. Even after an underwhelming season like this one, I think Danny and Wyc would’ve offered him an extension. They’ve made it clear that Brad isn’t the problem, so why wouldn’t we trust them? Players haven’t had any complaints with Stevens either. I like the idea of keeping Stevens around through Jaylen and Jayson’s contract extensions; a lot of the good work Brad does is behind the scenes stuff we don’t see like the speedy development of the Jays and other players like Smart, Robert Williams and hopefully Jabari Parker?. Brad also clearly cares about his players as he usually puts the health of his players over winning regular season games. He has a lot of good qualities as a coach and a person.

Brad Stevens on if Boston is seeing the results of their management plan for Kemba Walker: "He looks great. He feels great. We stuck with him and stuck with the plan. I said we wouldn't chase seeding at the expense of the health of our players. It feels like that is paying off."

So to me, this contract extension is the right decision. A weird season like this one isn’t enough for me to want him fired, especially considering how successful the Celtics have been since he got here. I would love to hear people’s counter arguments though.