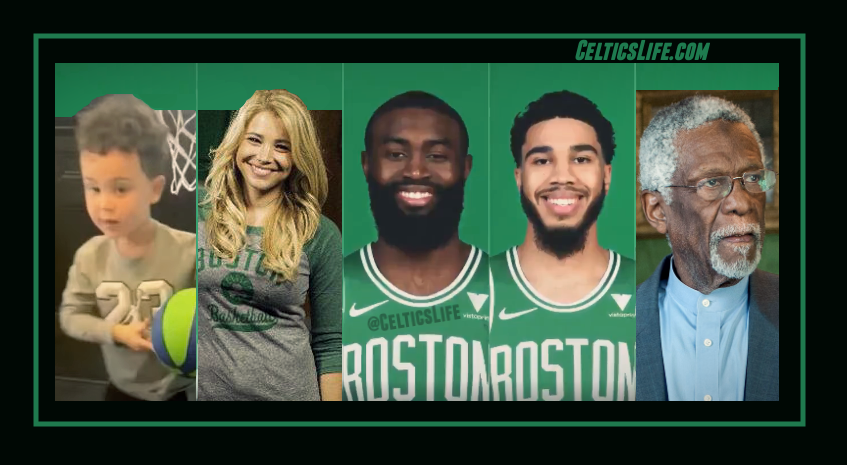 The Boston Celtics played the Chicago Bulls on Monday missing arguably four of their top 6 players. The starting backcourt of Kemba Walker and Marcus Smart were out, as well as thir starting center Robert Williams. Typically you'd throw your 6th man into the first five in these instances, but Evan Fournier is still out as well due to Covid-19. Brad Stevens chose to go with Tristan Thompson, Payton Pritchard, and Semi Ojelye in their places, but let's be honest the Celtics' rotation is more solid when those three come off the bench.

Now typically the Celtics announce their starting 5's shortly before tip-off, but Rondo Burgundy has another exclusive for you loyal Celtics Lifers. He disguised himself as Chipolte worker and overheard Danny Ainge on the phone with Brad Stevens talking about the team's new 10 day contract signees. According to Rondo Burgundy not only will they be in uniform tomorrow at the Garden, but Ainge said they will be starting. The idea behind this is to get some conssitency and rhythm with the bench unit. This way Tristan, Pritchard, and Semi can better prepare for their playoff rotation roles.

The Celtics are not punting tomorrow's game by any means. These three additions bring with them expectations for wins. Before we breakdown the addituons, just wanted to say is there a reporter more underrerated than Rondo Burgundy? I mean he's only been dropping Celtics news exclusives for ten years now. Has Shams Sharania even been around that long? Yeah, he's a bit rough around the edges and isn't on a Jackie MacMullan level yet, but he should be talked about with the Shams and the Woj's of the NBA world. 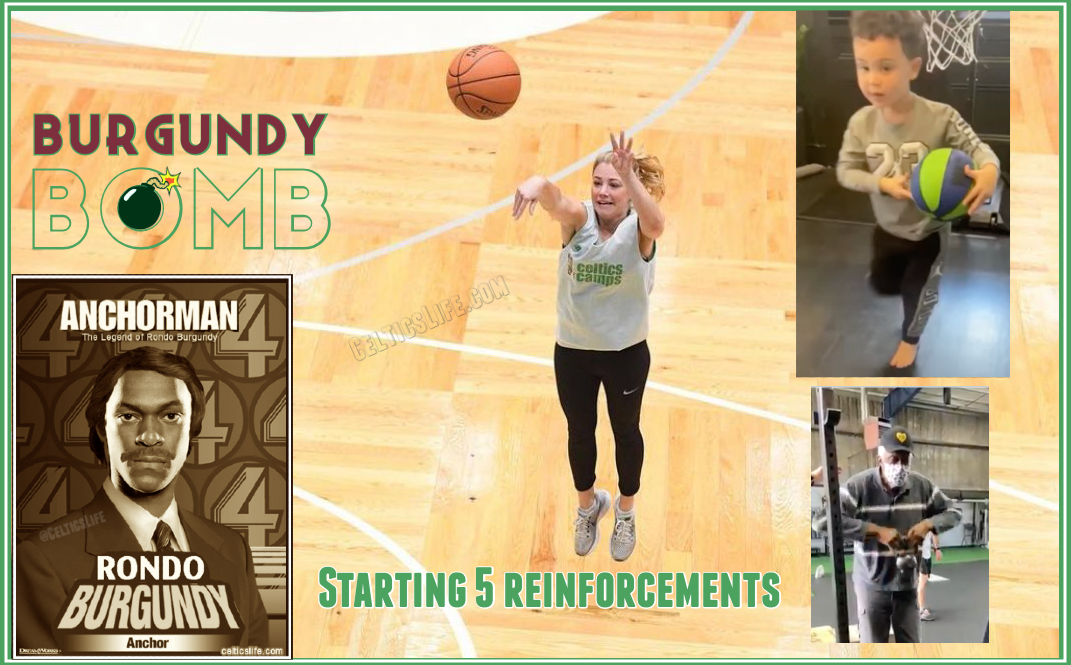 Pflugrad is a University of Oregon graduate who follows in the footsteps of other guards from the beaver state Danny Ainge and Payton Pritchard to don a Celtics uniform. She is known for her jumper and has pretty unlimited range. She is not a traditional point guard, but Danny and Brad felt the other guard they are bringing in (below) is still too young to be thrown into the fire as the starting point in his debut. Jayson Tatum did snag his first triple double on Monday, so expect Brad to have Tatum bring the ball up a decent amount which will allow Pflugrad to play off the ball. Her confidence from the premier is pretty Steph Curry-esque. Notice her holding up three fingers after the release of her shot below. Jersey number TBD. We'll see if we can reach out to her agent Marc D'Amico to see if she's chosen a number yet.

@Amanda_Pflugrad has solid form. Trade deadline acquisition with the TPE or do the Celtics already have her player rights? https://t.co/vL9szRROGu

So some of you will say Deuce is too young and bring up the age minimum in the NBA. Others might bring up child labor laws. Rondo Burgundy claims the Celtics are getting around the latter issue by not paying Deuce. Jayson Tatum will bank Deuce's earnings, but in a wink wink deal with his son has promised to make it worth his while in ice cream. It's best if none of us discuss that further. Deuce has the complete package. Dunks with ease. Has a sweet lefty stroke from beyond the arc. Just your prototypical NBA player in 2021.

Also keep in mind that Jayson and Deuce have been working on their chemistry on the court for years now. This is not an Evan Fournier, Luke Kornet or Jabari Parker situation where a player comes in having to learn all of his teammate's games. Deuce is very familiar with the Franchise's style. And Jayson won't take it easy on the rook either. Notice him calling Deuce "trash" on the rare miss in the video below. Yes my expectations for Deuce's debut are probably unfairly high, but that's just how confident I am in the kid. I've seen no flaws to his game, besides the propensity to travel, but this is the NBA. He'll get called for that maybe once every dozen games. In a very rare occurrence the family of Red Auerbach has given permission for Deuce to wear the #2 (for obvious reasons).

Now this one fell into Danny's hands. Ainge says he can't claim any credit for this pick-up. Bill Russell on his own campaigned to re-join the Celtics. As Bill mentions he's now 87 years young and has lost some inches from his height-span, but let me tell you, the Celtics will only improve in every defensive metric with the G.O.A.T. anchoring their starting 5. Boston's defense has actually improved quite a bit in the past month, despite the musical chairs injury report. with Russell in the middle, expect the Celtics to climb into the top 3. We would say #1 hands down, but while we know Amanda is a tenacious defender, there is no footage of Deuce playing that side of the ball. His athleticism screams he should be a competent defender at least, but we've seen many players who's athleticism didn't translate to solid defense.

Considering the NBA's current small ball era I'm not worried in the least about Russell's height loss. He'll be just fine at 6'5" at center. The self proclaimed greatest defender of all-time Draymond Green is listed at 6'6" and since players/teams tend to inflate heights he's undoubtedly shorter than Russell. Will be fun to see Russell show Draymond who is the greatest defender of all time. When last we saw Russell playing in a Celtics uniform he was serving double duty as the team's head coach as well. So I feel only having one job will offset the age issue. Stevens expect to use Russell in shorter stints, so Tristan will get plenty of playing time backing him up. Also excited to see what Russell will do for Time Lord once the latter returns. Getting to practice and watch the G.O.A.T. will undoubtedly lead to a Time Lord All-Star appearance sooner rather than later. Russell will be wearing #6.

Last week a team reached out looking for an out of work 6’9 now 6’5, over the hill, Greatest defender in @NBA history to fill a spot. Time to get game ready! @BleacherReport @YahooSports #thursdaymorning #thursdayvibes #ThursdayMotivation Oh, #AprilFools #AprilFoolsDay #AprilFool pic.twitter.com/2E9lpqfrSf