How can the Hospital Celtics stay competitive? 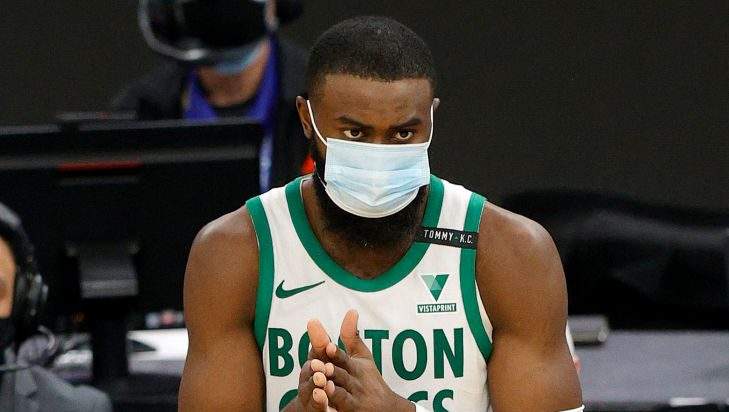 The Boston Celtics are no strangers to injury. This season they’ve been the team most affected by COVID-19 with 162 player-days in the health and safety protocols. The next highest team is the Dallas Mavericks at 118, making that a difference of 44. Along with that the Celtics haven’t had a single player play in every game of the season to this point, each of them missing time to tend to one injury or another.

Zero. They haven't had a single game with the entire roster available at the same time. And this doesn't include new additions like Fournier or Parker or anyone else. https://t.co/xh9Hcqox45

They can’t trust health to be on their side, so they have to have a “next man up” mentality when players miss games. In my last article I discussed what the Celtics playoff rotation would look like assuming everyone is healthy. For those of you who missed it you can read it *here*. It will give you a more informative look into how I eventually developed this depth chart for the team:

With this depth chart, we can get an idea of how the team will be affected if and when those injuries do arise. Still, some injuries would hold more weight than others. Let’s break it down to see just how long the hospital Celtics can stay competitive.

There’s no question that the season is essentially over if either Jaylen or Jayson get injured. The playoffs are no walk in the park. Unless every other team the Celtics face is also missing their best players, Boston would not be able to remain competitive with either of the Jays out of the lineup for an extended period of time. The team is simply not deep enough in terms of talent to fill in either of their shoes. I don’t think I need to explain just how dire the situation is if either of them goes down in the playoffs.

There are a few players who the team might be able to scrape by without, but it will be extremely difficult, and the playoff run would likely come up short. The first name that comes to mind is Marcus Smart. Every fan knows that Marcus is the heart and soul of the team, and he is almost irreplaceable to the point where I heavily considered putting him in season ending. The reason I opted not to is because the team has had to play without him for a considerable amount of time and was able to keep their head above water. Since then, the team has also added more depth by getting Romeo back and adding in Evan Fournier and Jabari Parker. Romeo is likely the best replacement in terms of defense, while Fournier and Jabari would add more offense, something that the starters aren’t exactly looking for. What would likely happen is that Jaylen and Jayson would move from SF and PF to SG and SF and then another one of the forwards would fill into the starting lineup. 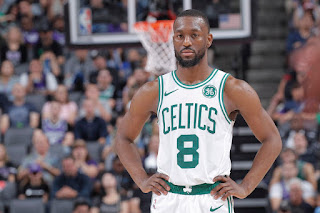 Kemba Walker is another player who would be extremely hard to replace. He’s the third highest scorer and second in assists per game on the team. Him being out would leave the guard depth pretty short. Smart would likely have to fill in at point with the Jays sliding down and a forward filling in again. Just like with Marcus, the team has had to spend an extended period of time without Kemba already, and he continues to sit back-to-backs, so the team has had experience playing without him. In those cases, the Jays have had to play nearly perfect offensively to give the team a chance. Compounding on that is the fact that the defenses can focus more energy on to them since there’s one less offensive threat to worry about. That’s something that will be hard to maintain in a seven-game series, and could potentially cut the season short.

The last player who I would consider including into this category is the last starter, Rob Williams. I would not have put him in this category last year, in large part due to the fact that he wasn’t usually even available to play. This year he’s made strides to earn the starting role, and after trading Daniel Theis, it’s clear that Danny Ainge and Brad Stevens are committing to Rob, and for good reason. Rob leads the team in blocks per game on top of being third in rebounds. He changes the tone on defense with his incredible shot blocking ability, and he can also get the team out of scoring droughts by getting open for some easy lobs. He’s someone who can quickly change the pace of a game in a way that none of the other bigs on our team can. There may still be some hope to remain competitive without him, but that would require a number of players to step up since there isn’t one set player who can fill his role.

Any injury will hurt the team, but after the starting five there isn’t any one player whose absence will completely derail the playoff hopes. It’ll still make the path much more difficult, but if the team sticks together and the reserves step up all hope would not be lost. Off the bench the most significant injury would be if Tristan Thompson got hurt. Despite having two 7-footers on the team, without Thompson the Celtics lack a lot of size. The next man on the center rotation would be Luke Kornet, who seems like he could be serviceable, though he wouldn’t take all of Thompson’s minutes and that would probably force the team to play a lot more small-ball with Jabari Parker or Grant Williams at the 5 spot. Kornet, or any of the other reserves for that matter aren’t as physical as Thompson and don’t have the same rebounding ability either. It will have to be a real team effort without Tristan, though the team does have the capability to overcome his absence. 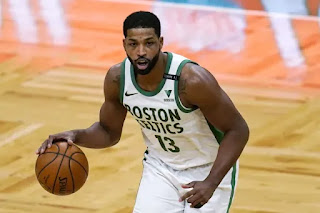 The next most impactful injury would be one to Payton Pritchard, the backup point guard. The guard depth isn’t very reliable, and with Pritchard out we would either need to see Smart shift down to handle the ball or start to see the Point Romeo that Danny Ainge suggested recently. Either move leaves the rest of the guard depth much shorter, and would require the wings to fill in. The team would certainly miss Payton’s ability to push the pace as well as his timely shot making. Kemba and Tremont are the only other guards with a similar playstyle to Payton, though Tremont hasn’t proven that he can be consistent at the NBA level, and there would be more than a few players who would be more likely to hear their name called before him. It’ll be up to the rest of the team to control the tempo of the game, and although it will be hard, the team would still stand a chance to compete without Payton.

Personally, I would not include Evan Fournier as a player whose absence would have a huge impact on the team, mainly due to the fact that he’s only been active on the team for four games. Him being the 6th man is obviously a significant role, but with the team having played 54 of their 58 games without him means that they can still compete even if he isn’t on the floor. The counter argument would be that if the rest of the team is healthy, Fournier would be the main addition that would help to push the team over the top and help them hang with the big boys in the playoffs, and that is a valid argument. He’s obviously an important piece to the team, but other players have already stepped up and showed that they can try and fill the gap. Before I can really explain Evan’s impact on the team, I’d have to see a bigger sample than four games.

Not all injuries carry the same weight. Obviously, things change depending on the severity, and with multiple players missing games things only get worse. With the regular season winding down we may see more players resting and taking time off to get healthy for the playoffs. If they can manage to keep their top 8 off the injury report then they have a real chance to go deep in the playoffs. Time will tell if the basketball gods allow Celtics fans this reality, though after trading away Isaiah Thomas it hasn’t felt like they’ve been on our side.