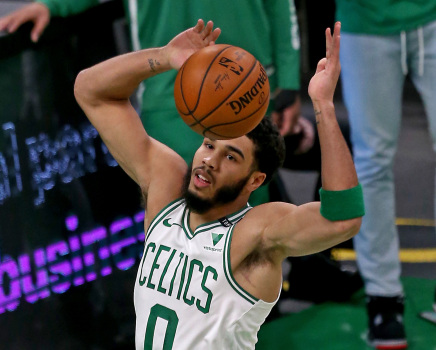 The Celtics defended their home court, and pulled out a tough win against the Phoenix Suns. Beating the 2-seed in the West improves their record to 32-27 on the season. The Celtics were without Jaylen Brown in this one, but were still able to secure the 99-86 win.
Kemba Walker looked like his old self tonight as he scored 32 points on 11/17 shooting. This was probably Walker's best outing of the season, and it was a main factor as the shorthanded C's got a win against a tough Phoenix team. Jayson Tatum struggled shooting the ball again, but flirted with a triple-double. He shot 3/17, and had a stat line of 15-10-6 against the Suns. Tristan Thompson was a point away from a double-double as he had 9 points with 12 rebounds.
Phoenix was led by their backcourt of Chris Paul, and Devin Booker. CP3 had 22 points 8 rebounds, and 8 assists. D Book had 15 points on 6/13 shooting. The Suns' young center Deandre Ayton had 10 points, and 9 rebounds. The C's did a good job against this team who is very dangerous.
Great win headed into a very tough game against the Brooklyn Nets at the Barclays Center. Kevin Durant is questionable to play in this game, but it'll be a tough one nonetheless. That game will take place tomorrow at 7:30. 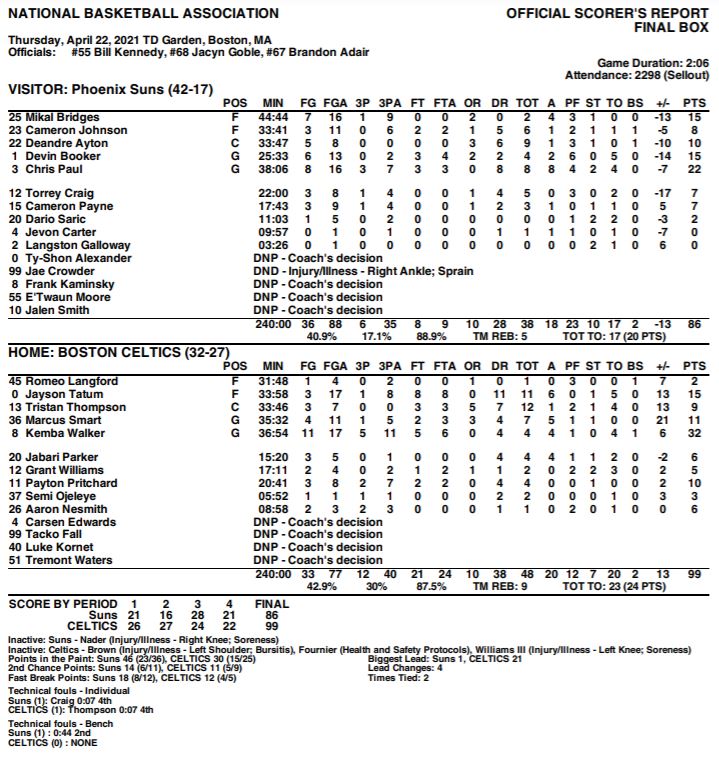