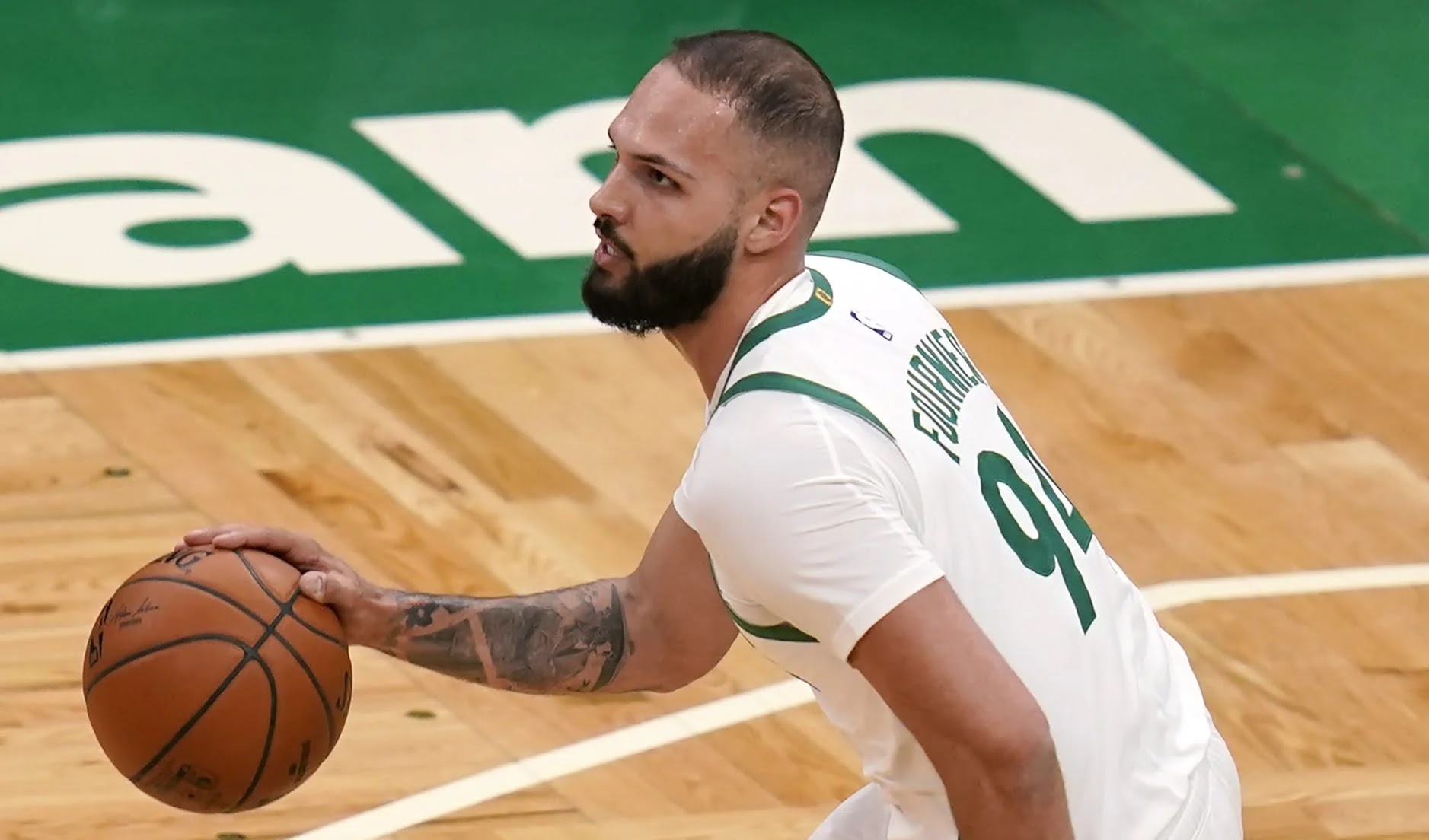 Wednesday night against the New Orleans Pelicans, the newest Celtics addition Evan Fournier finally knocked down his first shot on a mid range step back and later hit another long two pull-up in traffic. Those are the type of plays he can make, but what he can also do is spot up shoot and we saw absolutely none of that last night. I believe he got maybe one or two looks off a drive and kick and that’s just not enough. Brad should be running him around screens for quick and early opportunities to either pull up for an open three or take it to the hole depending on how they defend the screen or hand-off.
The veteran swing man only attempted six shots in his second game with his new squad and that’s also is simply not going to cut it. Sometimes, when a player isn’t shooting enough it is on the player to be more assertive and demand the ball with good cuts or finding holes in the defense, and some of that is on Fournier in this instance, but a lot of it has to do with the top of the roster not trusting anyone. Jayson Tatum specifically resorted to iso ball a bit too much early in the contest and those possessions would’ve been of more use had he attempted a quick drive and kick with a man in the corner or cutting up to the extended elbow.
If Boston can manage to get Evan looks early in the next few games, it may distill a trust in him from the primary ball handlers on the team and therefore cut down the iso possessions. With another great scorer on the roster there is no excuse for this team not playing fast and with a ton of ball movement to get open shots.
A lineup of Kemba, Fournier, Jaylen, Jayson and whoever should be able to swing the ball, drive the ball, kick it out, and get out and run and there is no excuse not to do so. The only thing left to insert is effort and that should be a potent scoring offense while they’re on the court together. I would expect over this home trip that the C’s will finally be able to get a couple practices in and get Fournier going with some designed plays for him and have a positive effect on the rest of guys at the top.