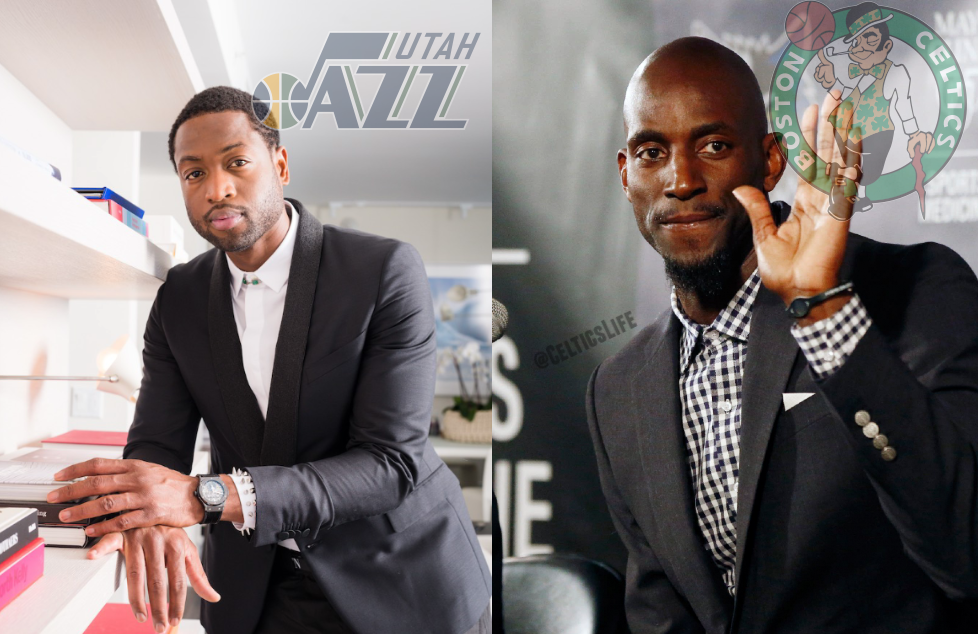 Today it was announced that Dwyane Wade has purchased an ownership stake in the Utah Jazz. This comes on the heels of former MLB All-Star Alex Rodriguez being a part of the group that purchased the Minnesota Timberwolves and LeBron James purchasing a stake in the The Fenway Group, and thus becoming part owner of the Boston Red Sox. If you hadn't heard about the LeBron one, I'll give you a moment to throw up real quick.

Prior to this week's NBA ownership news, we wrote earlier this month that it was Time to lure KG back to Boston with an offer he can't refuse, and this Wade move only makes me more passionate about that no brainer. I don't want to regurgitate everything I put in the original post since you can just read that (or read it again), but this makes too much sense not to happen.

Time to lure KG back to Boston with an offer he can't refuse https://t.co/WTiOf1EZsG pic.twitter.com/HJx0Vciq2T

My guess is the "Big Ticket" Kevin Garnett would have had a greater ownership stake in the Wolves if his group had won the bid that Wade will have with the Jazz. For some reason with celebrity owners of teams finding out what percentage they own isn't that easy a task. My guess is it is because they often own a very small percent.

So while KG would likely prefer to have a larger ownership stake on a team, that's not our call to make with the Celtics. Wyc Grousbeck is the majority owner and if he doesn't want to give up a large portion, no one should fault or blame him for that. Not to mention let's say 25% of the Celtics has a greater financial value than 25% of the Wolves. I believe the Celtics are currently valued 3rd highest according to Forbes.

But for all the reasons I previously mentioned in the post earlier this month, the Celtics bringing KG back into the family right not only should happen, but needs to happen. 2% stake? 5% stake? That's up to KG and Wyc. Garnett would be purchasing the stake, but at a good price, so win for him. And the Celtics would be adding KG as a face of the ownership group and front office, player mentor, and part time coach. So the discounted price they sold shares to KG at will pay off in the end as the Celtics would only get better and more valuable. In the end Wyc and the Celtics make money, KG makes money, the rest of the owners make money, and the Celtics have a better product on the floor.

Let's get this wrapped up prior to the playoffs fellas.

Three-time NBA champion @DwyaneWade has purchased an ownership stake in the Utah Jazz, joining majority owner and governor @RyanQualtrics with plans to take an active role in the franchise and region. Story on ESPN: https://t.co/ZxtZe8uLey

📽 New Wolves owner A-Rod will have to address his teenage star Anthony "A.1. from Day 1" Edwards' lack of confidence https://t.co/K59ehkhms2 pic.twitter.com/QEkTi7mBxm