Who Rocked It Best? Number 40

On this week's Who Rocked It Best - we look at a number which hasn't received a lot of usage in Celtics history: the number 40.  It's odd, considering how the C's have so few available numbers left for players to choose from, but 40 was used no more than nine times in the last 50 years.  And of the nine users, only three had the number for longer than a season: Terry Duerod, Dino Radja, and Carlos Clark.
Duerod, who passed away last November, was a big name in Detroit hoops, having starred collegiately at Detroit Mercy, before launching his NBA career with the Pistons.  Following a mildly successful rookie campaign, Sweet Doo was taken by the Mavs in the '80 expansion draft, before getting waived after 18 games and picked up by Boston.  A deep sub for coach Bill Fitch's C's, Duerod became a fan favorite in the Garden, where fans would chant "Doooooo!" whenever he was sent into the game.  But even though he didn't get too much playing time, Duerod got a ring with the '81 champs.
Radja is the longest-tenured 40 in Celtics history, having rocked the number for four seasons, after being selected 40th overall in the '89 draft out of Croatia and the Euro League.  Contractual obligations, though, would not allow Dino to make it across the pond until 1993, when he finally made his Boston debut as a 26-year-old rookie.  The 6'11 big, though, seemed to be worth the wait, averaging 15 points and 7 boards in '94 and making the league's All-Rookie 2nd Team.  He peaked statistically in '96 when he averaged career highs of 19.7 ppg and 9.8 rpg, but came nowhere near an NBA playoff game.  Bothered by injuries (and a new coach named Pitino) in '97, Radja went back to Europe, where he closed out his hoops career.
Clark played a total of just two seasons in the NBA, and he played it all in Green.  A big-sized 6-4 guard from Ole Miss, Clark was a deep-sub for K.C. Jones' Boston contenders.  He averaged just over 2 points, under a rebound, and just over 7 minutes of play per game, but Clark earned his seat on the bench with his size and defensive abilities.  But while he's not the most talented of this bunch of number 40s, Clark is a legit NBA champ, having won it in '84, supporting Dennis Johnson, Ainge, Gerald Henderson, and Quinn Buckner.
So what do you say, CelticsLifers?  Which 40 Rocked the number the best?  Let us know!
Hey how about this guy?  Think he will rock 40 for the C's soon? 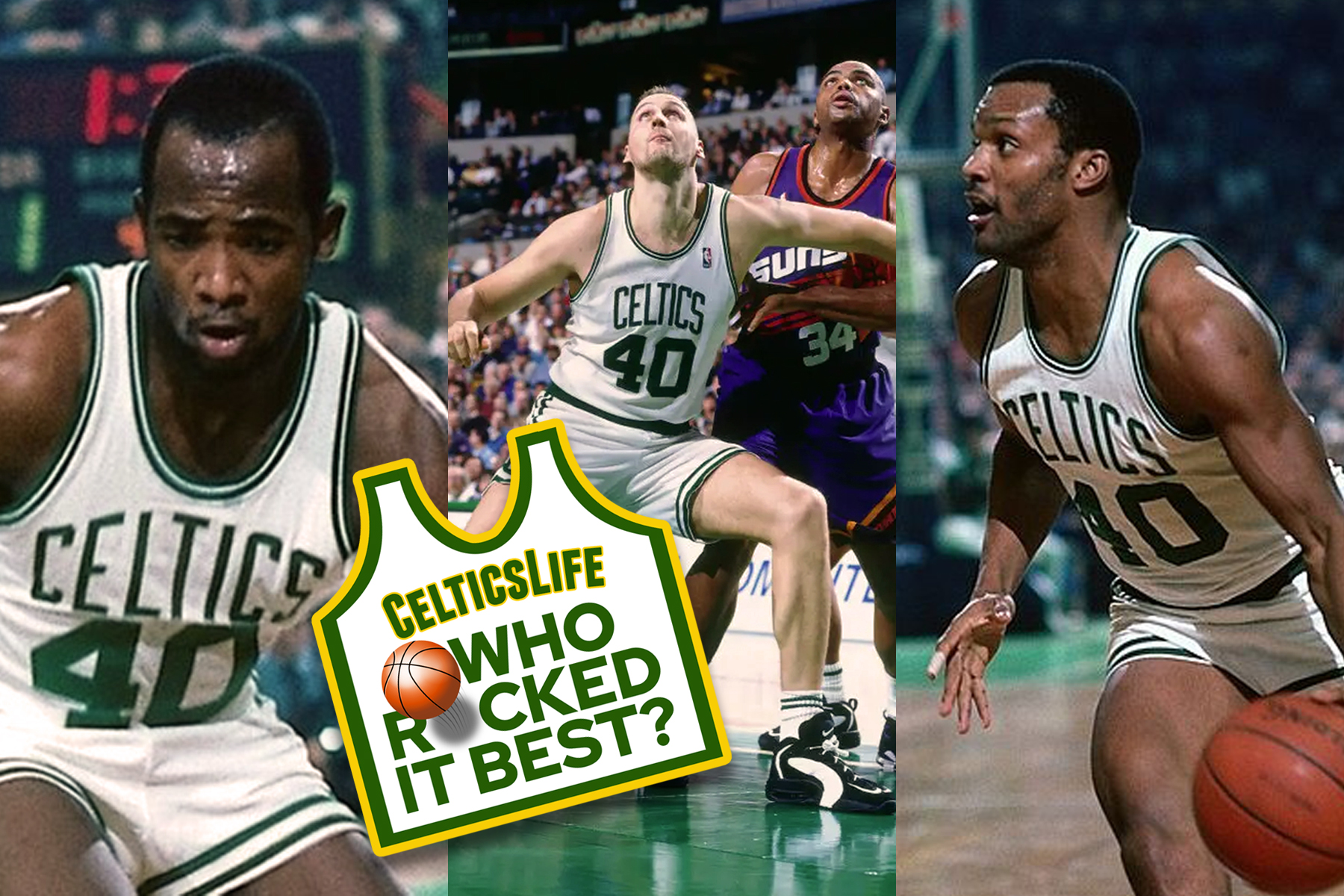