Three questions about the Celtics going into the second half 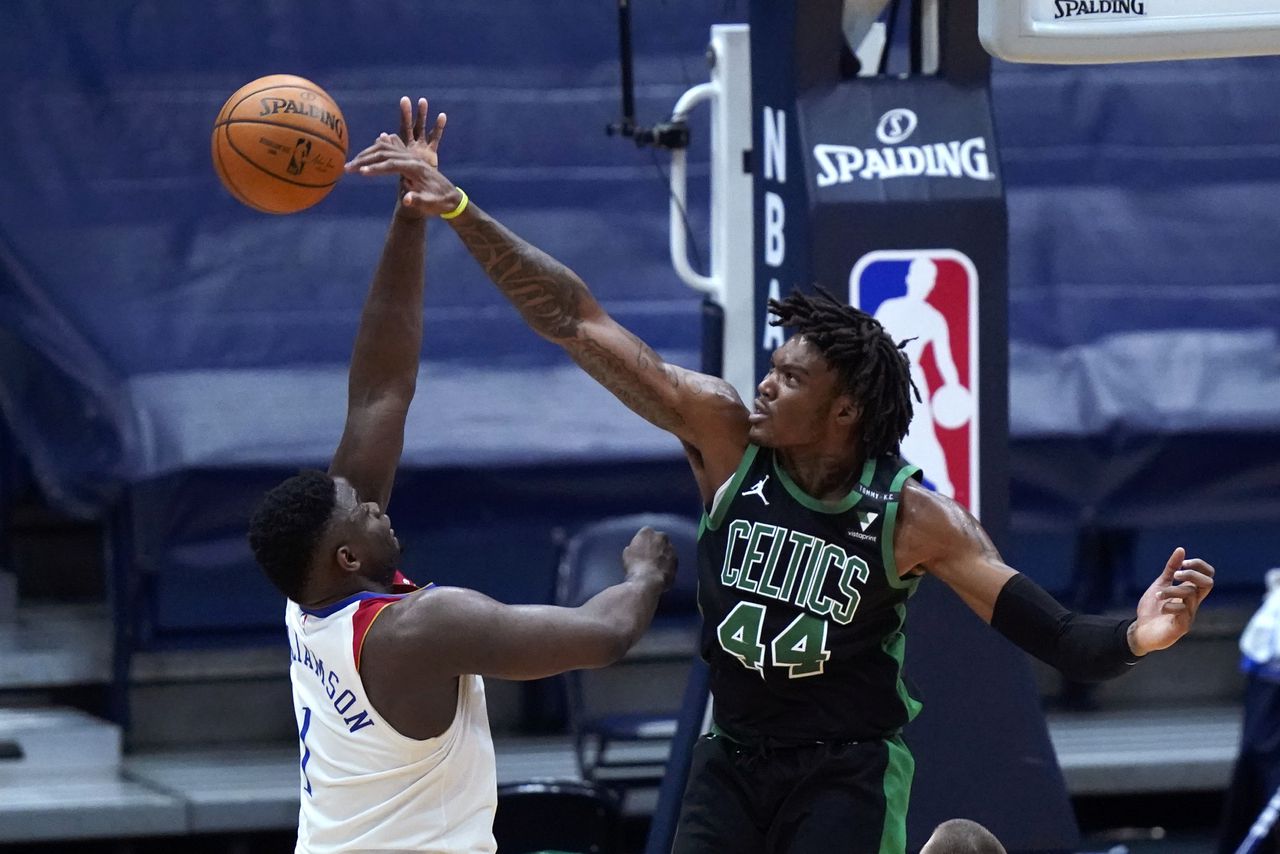 With a record of 19-17 and only three games out of third place, the Cs have a good chance to fix their mistakes from the first half and get back on track. It felt like a lot of things went wrong in the first half of the season, so it seems unlikely for the Celtics to be that unlucky again, although I won’t rule it out. I believe that they could still end up as the three seed in the East this season, but who knows. If they play as poorly as they did in the first half enough, then they could find themselves out of a playoff spot. Again, I’m not going to rule anything out at this point. The uncertainty revolving around this team has gotten me to ask these three questions:

Will Robert Williams take the starting center job?
I don’t know about you guys, but this is something that I have been wondering lately. We’ve known that he has absurd talent and he is finally putting it on display this year. It’s almost a guarantee that every time the Celtics play, Robert Williams makes at least two highlight plays. And it’s not just those plays that make him stand out; he is becoming a legitimate rim protector and has been getting better at his team defense. He has also been hitting mid-range shots, proving that the team can somewhat stretch out the floor while he’s out there. He looks like he could be the best center on the team talent wise, yet he doesn’t start.

Brad Stevens on Robert Williams closing games: "He's got a lot of experience under his belt. Maybe not as much game minutes, but being around (Aron) Baynes and (Al) Horford, helped him. You can't undersell that. ... He's on a great trajectory. He's a competitor. He wants to win."

Brad Stevens has been teasing that Robert Williams will have a bigger role later in the season, but right now he is holding back from playing him more because of health reasons. It is a concern that his hip injury could come back and linger; while the team is also aware that Williams has an artery condition called Popliteal artery entrapment syndrome (PAES) that could get worse if not managed correctly. So if Williams were to get that starting role, it might not be until later in the season if anything.

There are two scenarios if he were to be inserted into the starting lineup with a fully healthy roster. The first one is that he becomes the starting center with the Kemba/Smart/Jaylen/Tatum unit. This is the most realistic option because Brad can keep the center rotations similar to how they are now, rotating Theis and Thompson in at the same time. Although it could work, this may not be the best lineup the Celtics have because with Theis at the center spot because of his offensive versatility. Second scenario would be Rob starts next to Kemba/Jaylen/Tatum/Theis. This scenario is less likely to happen, but it could be interesting.

I would love to see Rob start soon, but he is killing it with his bench role so for now I’m cool with whatever as long as he keeps getting consistent minutes.

How many problems get fixed when Smart gets back?
The latest information that we have on Marcus Smart regarding his injury is that he should be back relatively soon after the break. It might be possible that he comes back for the Celtics vs Nets second half opener; if not then I assume he will be back soon after that as long as there weren't any setbacks.

I don’t need to tell you how much we are missing him on defense because it's obvious. The offense has been lacking efficency without him in the lineup. Smart has a team leading 6.1 assists/game and was basically running the offense. When he is on the floor with the Jays and Kemba, the offense is able to be way more spaced out because each player needs attention. The Jays were also more efficient while he was playing, as Jaylen averaged 27.1 points on 53/44 shooting and Tatum averaged 26.8 points on 48/43 shooting. I’m not saying there’s a direct correlation, but it’s definitely possible that having Smart out there could put less pressure on the Jays offensively, ultimatley making them more efficent.

I’m hopeful that with Smart back the Celtics won’t run into as many problems, but it could take awhile for the core four to get used to playing with each other. I don't think it will, but I'm keeping that in mind.

One of the best defenders in the league!
HBD MARCUS SMARTpic.twitter.com/m5ww6yodfx

Which of the backup wings will make the biggest impact?
As the Celtics are getting closer to forming a healthy roster, minutes are becoming more and more scarce. You know, that is until someone else gets hurt. But for now let’s theoretically pretend that we have a full roster. Obviously, the Jays, Kemba, Smart, Theis and Thompson have roles and it looks like Rob Williams and Pritchard have earned their way into getting minutes on a nightly basis. With a limited amount of minutes to give out and an excess amount of forwards, which of them will make enough impact to get playing time? Also I am aware that there is a good chance that the Celtics just choose to trade for a backup wing, and if that's the case then one of the four wings that I am about to mention will be apart of the trade.

So we got Ojeleye, Langford, Grant and Nesmith; they each bring something different to the table, but they also each have flaws. Semi has taken a while to develop, but he’s honestly made some pretty decent progress to becoming a solid three and D guy. He is shooting a career high 38% from three and makes a living from covering guys like Giannis better than the average defender. The problem with Semi is that he still looks too confused on offense at times and he can’t cover the quicker wings as well as Langford or Nesmith might be able to. Luckily for him, Brad always seems to find ways to play him.

Moving onto Langford, who may deserve a chance at getting minutes purley because we haven’t seen much of him yet. He was the 14th pick in the 2019-20 draft, so it wouldn't make sense to not give hime playing time. From what we’ve seen from him, his biggest strengths are athleticism and being a versatile defender. He is 6’5 with a 6’10 wingspan, so there is a lot of promise at what he could accomplish on the defensive end. He had his moments on offense last year, but ultimately he was an inefficient shooter. That was such a small sample size though, so maybe once he becomes 100% healthy he will shoot better.

I have said some questionable things about Grant Williams in the past, but I still stand by the fact that he could be a valuable asset. The first half of this year hasn’t been his best. He gets a lot of fouls called against him, his defense hasn’t been great and he can’t hit free throws. Right now it seems as though his weaknesses outweigh his strengths, but he is coming off a 17 point game against the Raptors where he can build off. If he plays like how he did in the playoffs last year, then he has a solid chance of getting minutes.

Then there’s Nesmith, who has looked pretty solid this season in my opinion. His biggest strength was supposed to be three point shooting, but what has made him stand out this year is his hustle. He has been a little uncontrollable at times, but he has made a good amount of athletic hustle plays. His defense has also been a pleasant surprise. For some reason, he only played 7 minutes in the last four games, but if he can shoot at a more consistent clip then there’s no reason why he shouldn’t get the role.

This was another good game from Aaron Nesmith. He's figuring things out. He hit three triples, but this was my favorite play. Nesmith misses from deep in the corner. Then watch him bust back to make sure Zach LaVine doesn't get an easy layup. This is part of how he'll earn time. pic.twitter.com/d7WSc3L7hH