Milwaukee just signed Teague; Should we sign one of their former players? 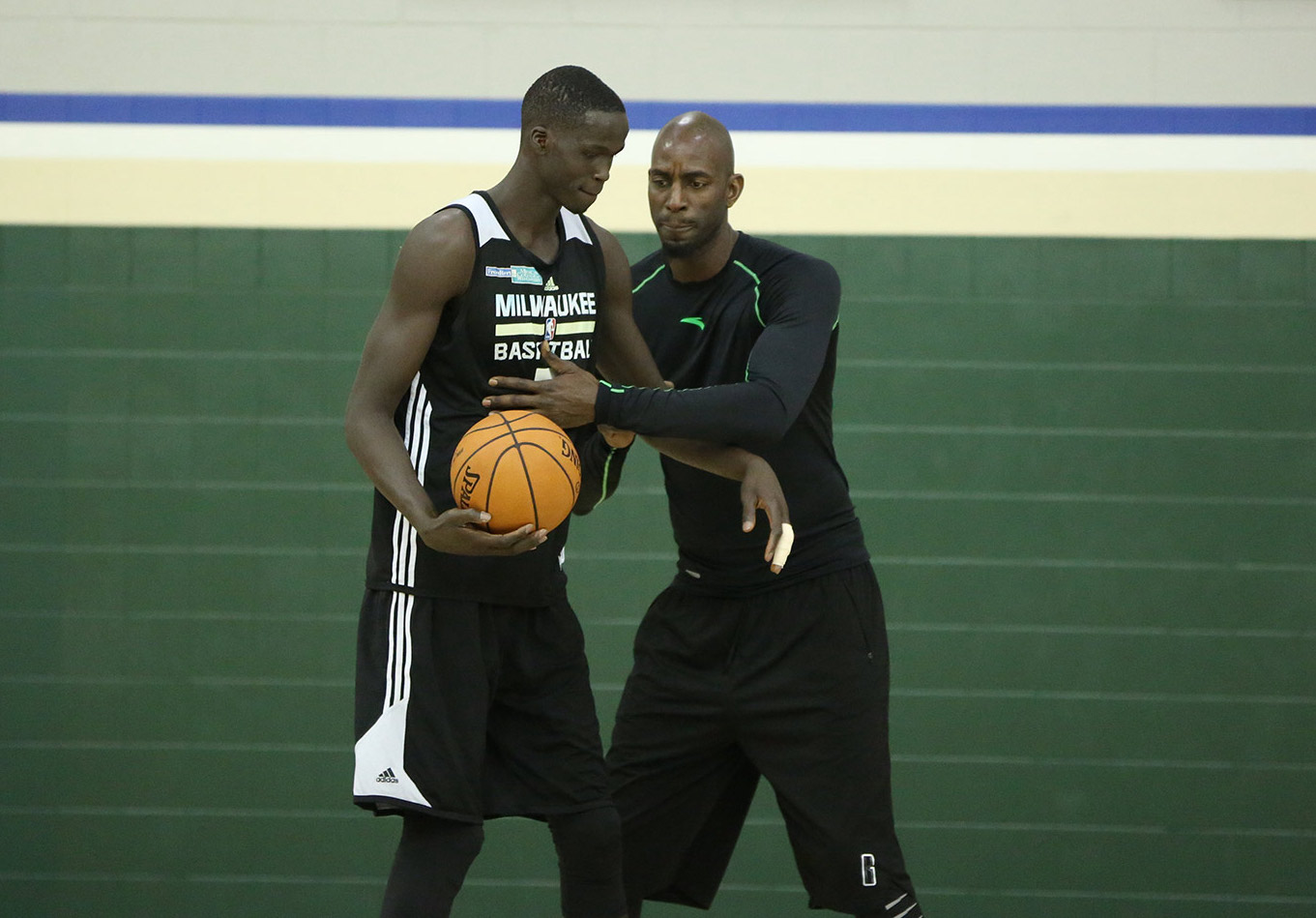 The great thing about an opened ended question like "one of the Bucks' former players" is it can be anyone from Paul Pressey to Jack Sikma to Ray Allen. Also I'm sure this should serve as a nice assist to people on Facebook or Twitter to respond, "Sure if KG was one of their former players!" But for the purposes of this post we're going to focus on Milwaukee's 2016 #1 draft pick Thon Maker. The 7 footer from South Sudan was very highly promoted as a teenager. He was compared to players like Kevin Durant and Kevin Garnett.

Maker was drafted 10th overall after originally being considered a high lottery pick. There were reports he could fall all the way to #23 where the Celtics were selecting (Ante Žižić )or easily #16 which was also a Boston selection (Guerschon Yabusele). One of the rumors was that scouts didn't trust his age. The Bucks liked him enough to take him 10th, but despite some flashes needless to say he hasn't looked like the next KG or KD. Two teams later, and here we are.

The reasons to sign Maker would be partly to help this season and partly for the future. He's just turned 24 a month ago, so he's still young (assuming you don't dispute his birth date). No he's not Andre Drummond or LaMarcus Aldridge, but those guys aren't available any more. And he might not even be Kelly Olynyk, but right now it’s looking like he will remain unavailable as well. But he is an athletic 7 footer who can hit 3's, so there's that.

Could Kelly Olynyk be shipping back up to Boston? https://t.co/i9fqeU51Wz pic.twitter.com/Vw84WoQOQR

Maker would give you another big in case Time Lord or Tristan had to miss a game in the playoffs. If I recall correctly, I remember him playing playoff minutes for the Bucks against Boston. He's a stretch big so he compliments Time Lord and Tristan better than another traditional big. And unlike an older guy hanging on for his NBA dear life, there is upside potential with Maker. Maybe Danny can send him to Malibu to work with KG all summer? That would make a solid reality show at least.

So what say you? Is Maker worth a shot? Thon Maker:

For Celtics fans who aren't familiar with Mo Wagner, I wrote a quick intro on @celticslife for what you can expect to see from him in green. Check it out here!https://t.co/MBaqp1FeNa

Don't be surprised if Ainge uses the final roster spot on a promising G-League player who signs one of those very partially guaranteed contracts w/ team options on Years 2 & 3. pic.twitter.com/piNZfxnosw