Jayson Tatum on a “Fast-Breaking Tear” 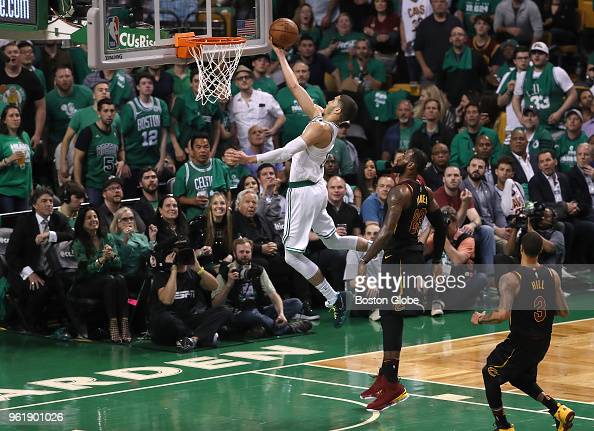 In the final minute of the first half of a (semi) recent game, soon-to-be former Celtic Daniel Theis snatched an off-target Bradley Beal 15-footer and kicked it ahead to Jayson Tatum for an open but alas errant three-point shot, exactly six seconds elapsing from D-board to FGA … a classic example of the two-possessions-for-one strategy so often utilized to close out a quarter of play.

But there’s an additional notation in the Play-by-Play for this particular JT off-shot – the letters “FB” for Fast Break.
Through last Sunday’s play (680 total games over 91 playing dates), 11,098 of the league’s 120,070 shots have been so labelled (according to the Gamebook documents from nba.com) – slightly over nine percent of all FGA’s … but the allure of the Fast Break is that nearly three out of every five (6,583; .593) of those nearly 12,000 shots found the bottom of the net (in a league shooting .465 overall, mind you).
And the Little “Deuce” Coupe’s Pop is the current Poster Boy for this little component of the NBA struggle. Following that FB misfire way back on Feb. 28, the smooth Celtic star has been perfect in 15 FB tries, including a two-for-two effort Monday against New Orleans.
Friendly Rivalry
Jayson’s All-Star partner Jaylen Brown strung together a string of 17 consecutive FB “makes” (over a span of just six games) in late January.
Ironically, No.’s 2 & 3 on the “current” Celtic list are Javonte Green (4) and Theis (3).
UPDATE:
JT's streak was stopped at 15, as he misfired on his first FB attempt Wednesday vs the Mavs about four-and-a-half minutes into Q1 ... Jaylen Brown was 3-for-3, assuming the team lead now with five consecutive FB makes.