How can Robert Williams make the next 'big jump' to his game? 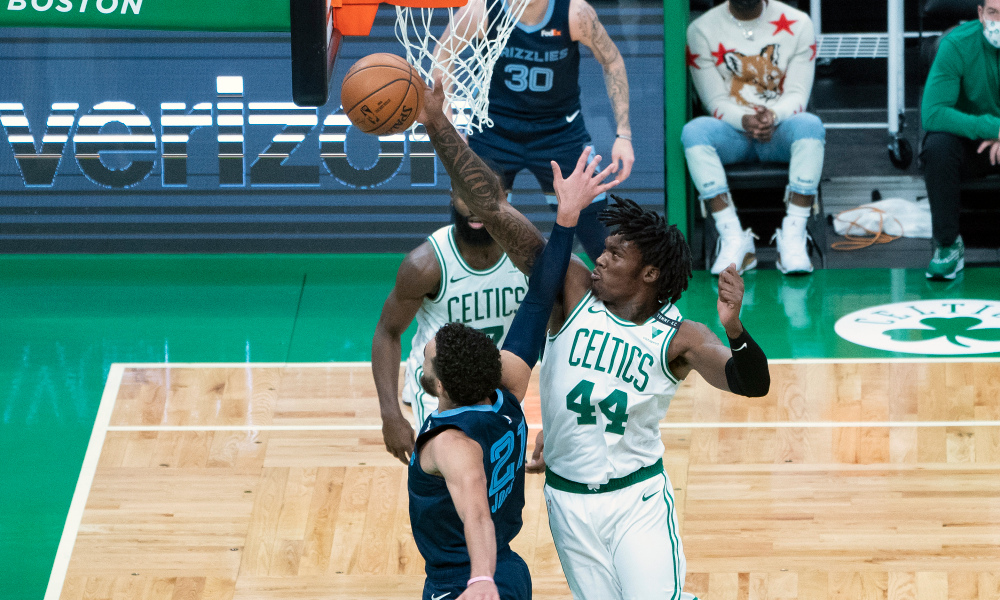 Rob Williams has been one of the biggest bright spots of the season, no doubt about it. He brings lots of energy, superior athleticism, has an explosive playstyle and is a joy to watch. With Theis gone and TT out for a little while, Rob has been making a statement through his play as he has started the last three games. He’s averaging 7.6 points, 11 rebounds, 4.3 assists, 1.3 steals and a whopping 3.3 blocks a game in the three games he started. His impact is noticeable and he is someone that the Celtics should try to keep in the long run.

Robert Williams: "I feel like I still have a pretty big jump coming in front of me. Most of it is about slowing things down on both the offensive and defensive end."

As great as he's been, Rob knows that he still has ways to go before he becomes the best he can be. After that quote he said in the tweet above, I’m curious to know how he thinks he can get better. I feel like while watching Rob play, it’s hard to actually point out what he has to do to get better, but I'm going to try and do it anyway.

To start, I think there is a good amount of work he can put in on the offensive end to benefit the team. He does a lot of really great stuff on that end like finishing and passing, but he still needs to tighten up a bit. A lot of it probably comes from being more comfortable and understanding the game better the more he plays. For example, he still needs to be a little better at spacing himself on the floor. He still looks confused about where he should be on the floor on the offensive end at times; sometimes he looks like he hesitates to set picks or just loses track of where he should be. As he keeps playing more, these little things will come to him.

Another thing that he should be learning right now is the Daniel Theis seal (originally the Marcin Gortat seal). Here is a clip of what I mean from last year:

Watch the seal from Daniel Theis here on the Kemba drive. As Kemba comes off the handoff, Gobert is in a drop. Theis rolls not to the basket but to the level of where Gobert is and basically sets a second screen to open Kemba up and take away the rim protection. pic.twitter.com/Z00IX5JPom

Rob is great at rolling to the basket off picks and catching alley-oops from whoever, but he should a page from Theis’ book and incorporate those seals into his own game. This is something that Theis has been able to do very effectively, but it’s definitely not easy. Being able to do this seal allows whichever player who is driving to get a cleaner look at the basket. Rob has to get a better feel for the game before he learns this skill and that will take time, which is fine. It is something that has to have precise timing. This is also something that his teammates are used to, so if he can learn to do that then it could be a big help.

He should also continue to shoot those mid-range jumpers if he’s open! There are some times where someone on the Celtics would be driving and then kicks to Robert Williams who happens to be open for a mid-range shot. Theis was able to hit those shots efficiently, so if Rob continues to work on his jumper then we’d all be a little more comfortable when he takes those shots. I also wouldn’t mind Rob developing a three-point shot eventually, but that's not super important to his game right now.

On the defensive end, we know how great he is at shot blocking and getting his hands in there to disrupt the offense; I mean Rob’s presence alone instills fear into the opposing team’s offense. He is a great defender as it is, but he can be even better at that end if he just stays a little more disciplined. Rob tends to jump on people’s up-fakes a lot, which leads to fouls or easy buckets. I love how excited he is to block every shot in the paint, but he just needs to settle down a little bit. I think his team defense is continuously getting better, but there are still times where he loses track of where he should be or who he should be covering.

Robert Williams said Theis was his big brother. Said any time he was down, Theis was there to support him.

As I was writing this, it occurred to me that Daniel Theis really had an important role on this team if you look at all the little stuff. I wish we still had him, but I’m excited for the Timelord era. I'm glad that Theis was here to mentor Rob Williams in the right direction. He has shown us great things so far and he is only going to get better.

“I think it’s just a matter of not wanting to mess up so much,” said Rob Williams from Taylor Snow’s article about Rob Williams. He’s still in that stage where he is focusing too much on trying not to mess up, that could possibly stunt his development. As he continues to feel relaxed and more comfortable on the court, he should make even more improvements. I’m excited for what’s to come from him. Unfortunatley, he is out tonight against the Mavericks.

Feel free to leave your thoughts in the comments on how you think Rob can make the jump!