Jaylen Brown and the art of the Fast Break 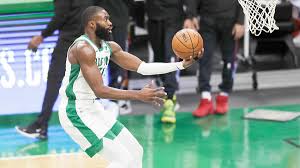 Heading into Saturday’s nationally televised showdown with the arch-rival Lakers, Celtic forward Jaylen Brown had logged 160 minutes of court time (over the course of 5+ games) without missing an FG while attempting to complete a Fast Break … he was successful on 15 consecutive tries over that span.
Through 17 games, the fifth-year swingman has positioned himself to take 45 of the team’s 132 Fast-break shots, more than three times as many as his next highest teammate (Jayson Tatum, with 14) – and has connected on a whopping 82 percent of them (37), including 9-for-11 on 3FG’s.
As a team, the Stevens Brigade is shooting 70 percent on Fast Breaks, well above the league average of 60 percent. [Before getting hurt, Payton Pritchard was 8-for-10 (3-for-4 behind the arc) on Breakouts.]
Unfortunately, the opposition has been equally proficient “on the run” – the C’s have been ranked in the Bottom Five in Opponent Fast-Break FG% all season.
Brown extended his streak of successful FB Finishes to 17 against the Reigning and Defendings. 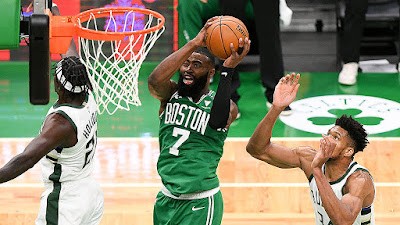 Through Saturday’s action (283 games in all), NBA players had been successful on 2,751 of 4,577 FB Field Goal Attempts (.601) … overall, the league is shooting FG’s at a rate of .460, but if we exclude the FB shooting, that rate drops to .445.
Abacus Revelation for the Road
While it may be tempting to attribute Saturday’s 96-95 defeat to the not one but TWO potential Defensive Rebounds that Celtic “slippery fingers” inadvertently re-directed into the wrong goal …
… the real difference in the game was the three “And-1’s” the Lakers managed to earn, compared to none for Boston.
The C’s actually out-converted LA 47-45 on the night while only yielding one of them back by virtue of “Striping” (i.e. the impact of missed FT’s and successful 3FG’s). But the edge in those “ancillary” FT’s turned a two-point Celtic victory into a one-point defeat.
Numbers Never Lie!