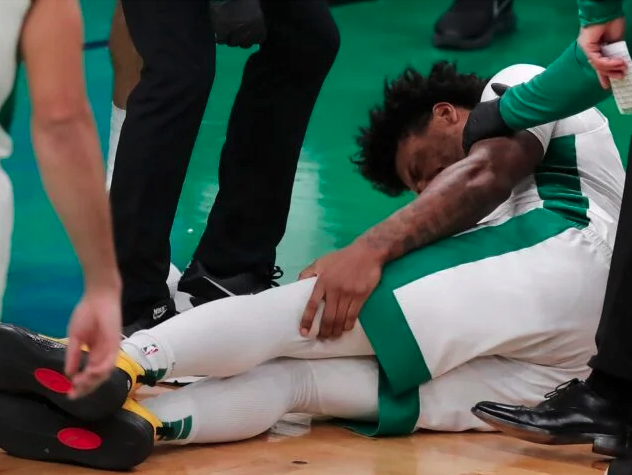 If there is one thing the Celtics don't need right now it would be a long term injury to one of their core guys. With that in mind, let's hope Marcus Smart's leg injury isn't as bad as it looks. Today's MRI will give us a much better idea on that. Smart went down during the 4th quarter of yesterday's one point loss to the Lakers.

Here's the clip of Smart's injury -- looked to grab the calf area. pic.twitter.com/u549yMrq37

Those who feared the worst were concerned that it could be an Achilles injury (similar to Kevin Durant's "calf" injury), but right now we're not hearing too much buzz about that, so probably not worth thinking about.