It was an interesting trade deadline for the Cs 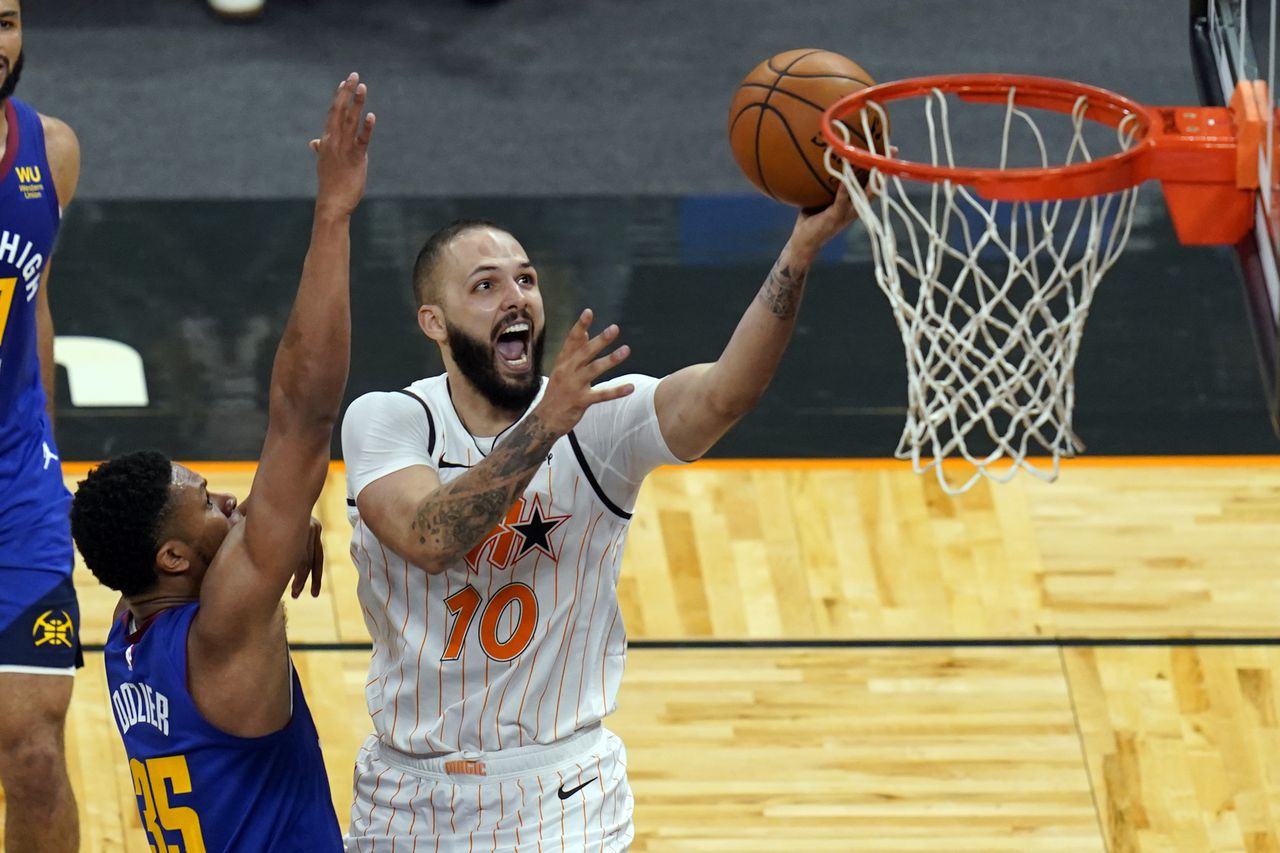 I’d give the Celtics an overall 7/10 for this trade deadline, as of now. Maybe it can go up if we sign someone solid in the buyout market, but for now a 7/10 seems fair. At the end of the day, there was nothing that crazy but there were some notable changes.

Hi @celtics fans,
If you're not familiar with me, please Google my last name.
You're welcome.
🍀

The first move the Celtics made today was using the TPE on shooting guard, Evan Fournier. In addition to the TPE, the Celtics gave away two second round picks and Jeff Teague. This was a win for sure. You may be thinking that we could've gotten someone else with the TPE or that this move was a pointless rental, but the Celtics will still have $11 million left on Hayward’s TPE to use during the offseason. Also if Fournier doesn’t want to re-sign with us next year, then we get another decently sized TPE from Forunier. Knowing Ainge, the plan is probably to re-sign Fournier after this season though.

Fournier is a much needed addition for this Celtics squad. He averaged close to 20 points on the season so far, shooting 46/39/80 on the season. His impact on this team is that he is another guy who will take some attention off of the Jays and Kemba, while he is also someone who will be able to hit the open shots when they come to him. He will most likely be our guy to score off the bench, but I wouldn’t be surprised to see him start, moving Smart back to his old bench spot. Regardless, he is going to help us with scoring depth and perhaps could be a guy to make impactful minutes late in games. He’s a solid addition, plus he caused Teague to head out. I'm looking forward to watching Fournier play in green.

Details of the Celtics/Wizards/Bulls deal, per league sources:

Acquiring Fournier put the Celtics over the luxury tax, so something else needed to be done; that’s where Theis and Javonte came in. The Celtics had to get rid of some contracts to get under the luxury tax for now and be able to possibly sign someone in the buyout market. Unfortunately Theis’ $5 million contract had to be the one to go, along with Javonte’s $1.2 million. In return the Celtics got two new young bigs with small contracts; Moritz Wagner and Luke Kornet. Yeah, I don’t like this move, as of right now. My hope is that we took in both of these guys so when Ainge goes after someone in the buyout market, we can cut either Kornet or Wagner, rather than someone like Semi or Carsen. If Ainge doesn’t find someone in the buyout market then this whole second trade was just a money move, which would be super lame on Ainge’s part.

Per a source, the Celtics will look at the buyout market with an eye on LaMarcus Aldridge and possibly Otto Porter Jr. if the latter is bought by Orlando.

Let me just give a huge shoutout to Daniel Theis though. He was just so solid throughout his years in a Celtic uniform. His role gradually grew as he got better and he did his job well no matter what it was. He is a great defender, an excellent sealer in the low post, developed a decent jump shot and man was that guy able to take a kick in the balls. He never complained about his teammates, his roles or anything like that; he’d complain to the refs, but that was justified. We all appreciated his efforts throughout his career and I want him to succeed wherever he goes. Same to Javonte Green, he wasn’t as impactful but he was an undrafted guy who worked his ass off to get in the NBA. Hope the best to both these guys.

Another thing I wanted to address was the Celtics not being able to use the TPE on Aaron Gordon. Personally, I don’t think this was something that is Danny Ainge’s fault. The Nuggets had a better looking package than what the Celtics were able to give up; unless the Celtics were willing to give up Marcus Smart. We have a lot of young guys who might have potential, but after how this year is going, I don’t think any GM's wanted to take a chance on any of them. If you think it was worth it to trade Smart for Gordon (despite Marcus’ rough performance’s as of late), then I just think you’re wrong and I will never be convinced otherwise.

There have also been a good amount of other changes around the league; Vuccevic is in Chicago with Theis, Oladipo is in Miami, George Hill to Philly, Norman Powell to Portland, etc. Kyle Lowry was one of the big names people were talking about to get moved, but he ended up staying put, along with John Collins. I would say the Bulls we're the biggest winners at today's deadline.

The best part of all this trade deadline is that now everyone can just stop talking about the rumors. God that shit was super annoying to me. Also for all you casual fans out there, the Celtics aren’t “waiving the white flag” on this season. The depth chart looks a little weird at the moment, but they made a good acquisition in Fournier, as he should be able to compliment our core pretty well. I don’t think that move was the one that brings us in contention with the top teams in the East, but it’s a step in the right direction. At this point, let's just hope the Celtics make the playoffs and surprise us come playoff time.