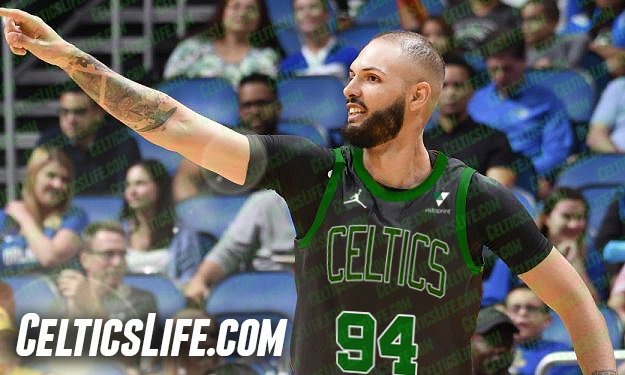 Even though the Celtics only traded Jeff Teague and two 2nd rounders for Fournier, they made a bit of a commitment to the Frenchman since they used a good chunk of the TPE to bring him in. They also traded the one free agent this summer you'd want to keep in Theis, so they were also choosing Fournier to be the free agent you try and retain. They weren't going to pay both Fournier and Theis most likely especially, because of...

2. Tristan Thompson will pick up his $9.7 million player option this summer

My guess is Boston tried hard to trade for him, but in today's NBA his skillset isn't worth the dollar amount on your books next season. Plus there is no risk/reward, just risk. If Tristan balls out the rest of the year, develops a 3-point shot, or grows a few inches in his 30's, whatever, then he can just walk. So once Ainge figured out there was no market for Tristan he proceeded to moving Theis.

3. Theis was moved as much to clear 3 big men log jam as he was for luxury tax reasons

I speculated a while back that at least one of our big men was going to be on the way out. Time Lord would only be traded if he was needed in package for a star. So Theis or Thompson? Theis gets paid less, is younger, and can shoot from the 3-pt line so he has more value.

4. Chicago got Theis for nothing, because Ainge had too many pots on the stove and the kitchen timer was about to ring

Personally I think Ainge could have gotten something for Theis. I always worry with Ainge and deadlines like the midseason trade one, the fast and furious action of the beginning of free agency, and the draft that he's trying to work on so many possible moves in the end he runs out of time. I don't believe no team was willing to give up even juts two 2nd rounders for Theis. I think Ainge was working on traded for guys like Gordon and with the deadline about to hit had to literally give away Theis to Chicago.

5. The Celtics will attempt to trade Kemba Walker this offseason

Probably not a shocker here. They tried this past offseason when he was damaged goods. Kemba has been playing a lot better of late, but is unlikely on the trade market to be considered a positive asset. It's all about the contract. If he was making $20 million a year, he'd have suitors for sure. But the offseason is a time when teams can find new homes for seemingly untradeable players. And again it's not like Kemba is a garbage player or a bad teammate. Look at it this way.... Fans said we needed another vet and a big. Al Hoford is having a very solid year now that he's not playing next to a center. BUT the reason people in the end were against it (Well besides the uneducated fans that were just salty he left for a much better offer and thrilled he struggled in Philly and just assumed he was toast) was because while he would help, his contract would cause too many problems.

Trading Kemba won't be easy, but Chris Paul was considered a horrendous contract two seasons ago and was moved for Westbrook. The Rockets foolishly gave up valuable picks in that deal, so don't do that Danny! Then John Wall and Westbrook were traded for each other this offseason. So the issue isn't whether Ainge can find a taker, but whether he can find one where he doesn't have to attach a 1st (or 1sts) or doesn't have to take other bad contracts back.

I think Ainge would rather let's say split the Kemba contract on re-signing Fournier and bringing in a less expensive point guard like Lonzo Ball. 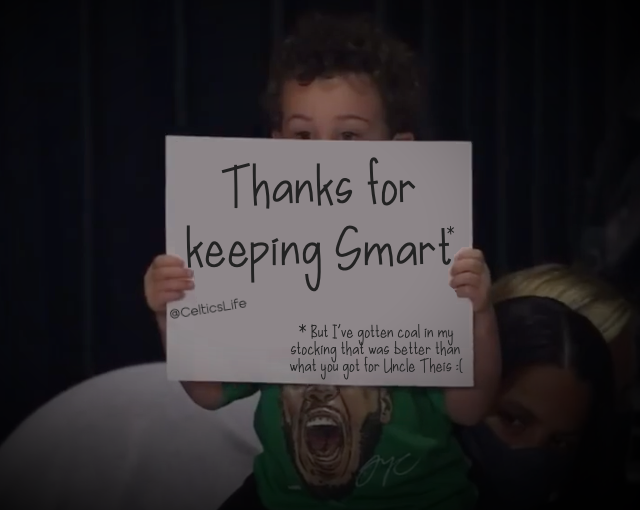 6. Marcus Smart will be shopped heavily this offseason

I want to keep Marcus. Most of you want to keep Marcus. Ainge would love to keep Marcus... if his salary wasn't about to double. It only takes one team. And both contenders and non-contenders alike reportedly covet Marcus Smart. It's hard to make the math work, where Boston is giving Tatum the max, Jaylen's making bank, Fournier gets re-signed, and you either still have Kemba on the books or the salaries of the guys you took back in a Kemba trade, and still have the money to make Marcus Smart around $25 to $28 million a year.

So something will have to shake differently for that math to change in Ainge's eyes. Maybe Jaylen's or Tatum's evolve enough in the playmaking department where you don't need to add a point guard if you move Kemba. Or maybe Pritchard turns into a very good starting point guard. If Ainge really wants to keep Smart, he can. And if the team's owners really want to keep smart then that makes it even easier. But we don't really have the type of owners that will pay the luxury tax unless we have a sure fire championship squad. So here's hoping Jaylen and Jayson make the leap to All-NBA 1st or 2nd teamers so we get there soon. 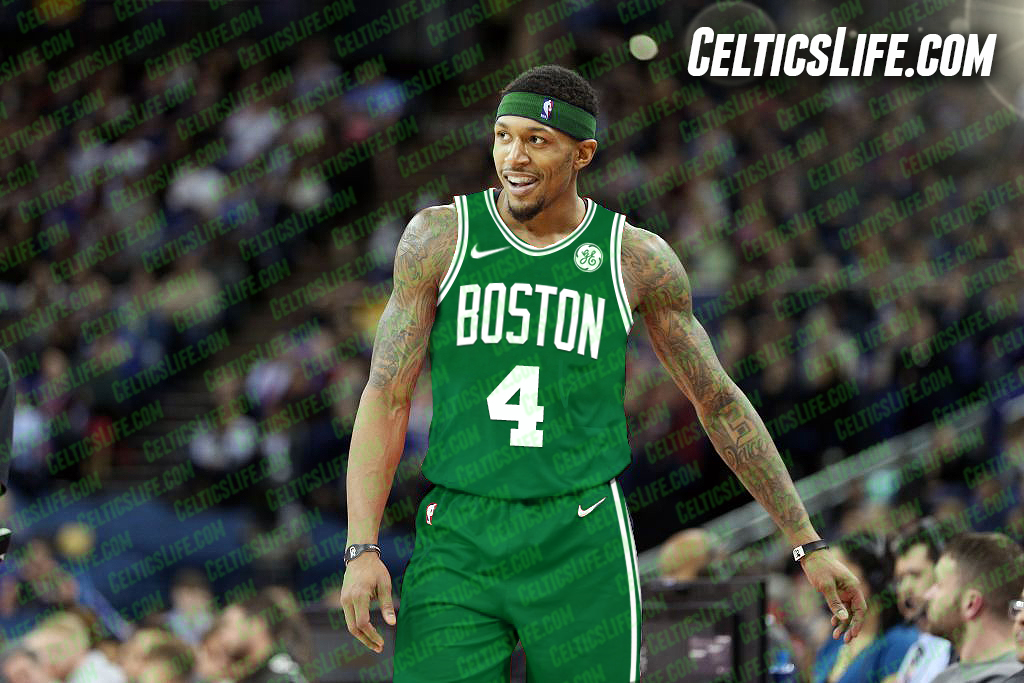 7. The Celtics still have a shot at Bradley Beal

As I tried to calm fans upset about the Fournier add that it wasn't enough, I talked about the importance in not blowing the little load of remaining assets you have on the wrong guy. I always wanted Aaron Gordon since before he even came into the league, but I don't think he's that 3rd star. The Nuggets didn't even either based on the lackluster package they sent. We don't have extra first rounders anymore and our's aren't projected to be very good. But just the word "1st rounder" is asset gold to GM's so the more you have to offer for a star the better. Notice the Rockets preferred 1st rounders over players like Levert or Allen in the Harden deal. The Rockets management might be idiots, so that might not be the best example, but the point is if you traded Smart and two firsts today or Nesmith and two firsts even, I think that takes you out of the Beal running. Not unless you are willing to part with Jaylen or Time Lord blows up. But then my guess is you'd want to keep Time Lord right? 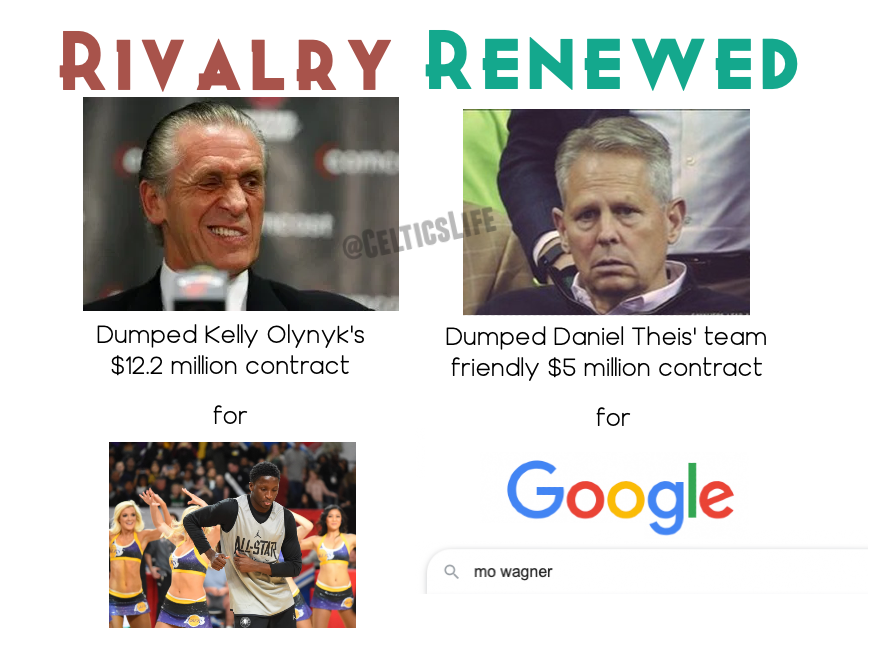 8. I think some teams accept worse offers from other teams than what Boston was offering

We've heard the reports of GM's not wanting to deal with Danny Ainge. Also there is the myth out there that Ainge always wins his trades which while not true (Won some, lost some. Likely doing better than 50/50, but he's not Red or Jerry West or anything) has an effect. Add in the trying to trade injured players angle, and yeah I could see the Nuggets taking a lesser offer.

With that said, these other GM's are fools then. The GM's that are afraid to make trades, or trade their stars out of conference so they don't have to face them as much are not the ones who succeed. They are the ones that are simply trying not to get fired as fast. You should want to trade in conference if it’s the best return. And taking a lesser offer because you don't like a guy? That's foolish.

Problem is the people that run NBA teams aren't necessarily the most qualified 30 people in the world. Also they are people. They aren't robots. So personal feelings, fears, whatever are a factor. It's not really his fault, or at least most of it is isn't, but because of this stigma surrounding the Celtics and Ainge, a different face to the organization would likely help trade wise.

9. Time Lord is getting the keys to the car and is about to go off

Unless the Celtics win the Andre Drummond sweepstakes and I highly doubt they do, Robert Williams is about to get 30 minutes a night and put up some great numbers. The key will be for him also to make winning plays and not just put up numbers. There are different big men. You have guys like Horford and Theis that do so many little things, can stretch the floor, are good team defenders, etc and you have guys like Drummond, Whiteside or Capela that will put up numbers. It's up to Time Lord to be more of a Adebayo than a Whiteside.

* By release I mean start him/play Robert Williams more. Not release like cut. You be doing that weird sh#t sometimes Danny so feel the need to clarify! pic.twitter.com/sRDeBC3QFX

This is an underrated part of Brad Stevens' job. He should get credit for Tatum and Jaylen developing into All-Stars. Not all of it of course, but the coach deserves some. If Time Lord who had all the tools in the world, but dropped way down in the draft for a reason becomes a star then Brad deserves some credit for how he brought him along/developed him. But yes Robert Williams would deserve most of the credit. So it’s on you Time Lord. I'm going to be looking more for wins when you play 30 minutes than your stats. Plenty of big men can put up nice numbers on losing teams. Want the wins. The highligh blocks and dunks will be a nice bonus though.