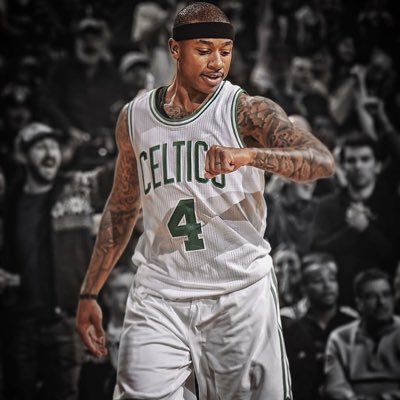 After deadline day's rollercoaster ride of Celtics transactions, it would be a great time to bring back a familiar face. Today, Boston acquired established three level scorer Evan Fournier, but lost a good stretch five in Theis along with Javonte Green and Jeff Teague.
The loss of Teague is what is intriguing because though he hasnt had a good season he did fill a role for Boston as the veteran backup point guard. I love Payton Pritchard and he is a valuable part of the current rotation but he was playing minutes while Teague also got minutes so there a a few minutes to fill. Who better to fill those minutes than Isaiah Thomas, former Celtics two time all-star.

Why would we do this? Well for one, fans would be absolutely ecstatic with his return. For two, the C’s don’t seem to have an answer to all the defensive problems and they just added a legit scoring threat to the bench, so why not continue in that direction. Isaiah Thomas and Evan Fournier coming off the bench together while spelling one of the Jays and Kemba would be great. The two of them would eat second team defenses up.

Please Danny, just make the call everyone wants you to make!