Have the Celtics made enough revisions to survive 2021 NBA title hopes?

The Boston Celtics today are settling at the fourth seed in the Eastern Conference. They garnered fifteen victories and wanted to add more as the First Half closes. Although they lost to the Pelicans today in a 120-115 game run, the Celtics are looking to bounce back as they face the Mavericks and the Hawks in the next few days.

Last year, the Boston Celtics reached the Semis. They grappled against the Miami Heat but failed to give their best out. Despite the upsetting loss, the Celtics have done great in the preseason this year. In fact, they have made necessary changes in the line-up to come out stronger than ever.

While it's true that they are working hard to get back to the spotlight, have they successfully re-tooled to make it to the finals this year? Do the Celtics have enough weapons and strength to make it through the 2021 NBA finals? Let's know their futures odds on Fanduel and what they have to survive this year.

The acquisition of Brad Stevens as the head coach of the Boston Celtics is undeniably one reason they're a team to beat today. Since he joined the team in 2013, Stevens had been considered as one of the best NBA coaches. During his time at Butler, he sends the Bulldogs to a back-to-back championship slate, and the game plans he’s making for the Celtics today reflect what he's doing in the collegiate basketball tournament.

The Celtics have been to three Conference Finals games under Stevens leadership. This alone is a reason why the team had been doing well in the past years. Will this be the year that Stevens can send the Celtics to the NBA finals?

The Boston Celtics entered the NBA Draft with the right to pick three players in the First-Round and two for the Second-Round. While Boston fans are hoping that the team is making big moves in the drafting, they were quiet during the choices, which lead to trading just one player.

This season, they got prime draft picks like Payton Pritchard and Aron Nesmith. These two players are the top scorers in their respective college team and should be a great addition to the Celtics’ offensive side. Apart from that, they are excellent shooters from any perimeter, which Stevens needs in the line-up to complement his top-tiered players.

The Free Agency was a bit tougher for the Boston Celtics this season. During this time, they have done their best to extend Gordon Hayward's contract offering a pricey extension. But, this veteran wing opted to work with a different organization signing a trade to the Charlotte Hornets. Although these surprised the Celtics, it has led them to build a better roster this year. 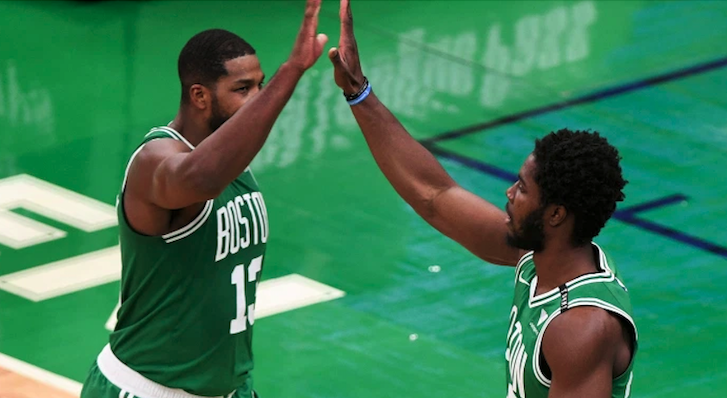 Since Hayward was no longer a necessity for the Celtics, Jason Tatum has to step up. Not only that, the Celtics acquired two veteran players who are Tristan Thompson and Jeff Teague. With the combination of these seasoned players to the newly drafted ones, the Celtics is indeed a powerful roster which makes them a stronger force to reckon with for the title this year.

This time is probably the best time for the Celtics to turn the tables in their favor. However, they still need to go against Eastern's solid groups like the Miami Heat, Milwaukee Bucks, and Brooklyn Nets. Not to mention that the Philadelphia 76ers are topping the seeding as of today, so that’s another team for them to beat.

That said, the whole success of the Boston Celtics lies in their starting players, who are Kemba Walker, Jaylen Brown, and Jayson Tatum. Also, with the addition of Jeff Teague and Aaron Nesmith, who contribute well in the scoring, it's not a prank that the Celtics can win it all. Besides, if Grant Williams and Romeo Langford can step up from the bench and get productive, they might represent the East in the NBA finals.

As of today, the Boston Celtics have already lost fourteen games. After Gordon Hayward's exit, the Celtics are relying on the main players left on the roster. However, if the supporting players get tired, the Celtics might have a hard time pushing for the NBA final appearance this year.

That said, the March trade deadline is almost coming, and they should consider re-rostering to make their team more solid. The team is eyeing to trade some of the high-scoring players in the league, such as Justise Winslow, Terrence Ross, Thad Young, Larry Nance Jr., Jerami Grant, Nikola Vucevic, Aaron Gordon, and Harrison Barnes.

With the Boston Celtics' current standings in the Eastern Conference, they are indeed heading in the right direction this NBA season. Despite Hayward's loss, the team managed to rise to the top and sit closer to the Nets and Bucks. Will the Celtics continue to show dominance to pursue their unfinished business last year in the Eastern Semis, or will luck leave them at the most unexpected time?