Playing these four games before All-Star break with pride 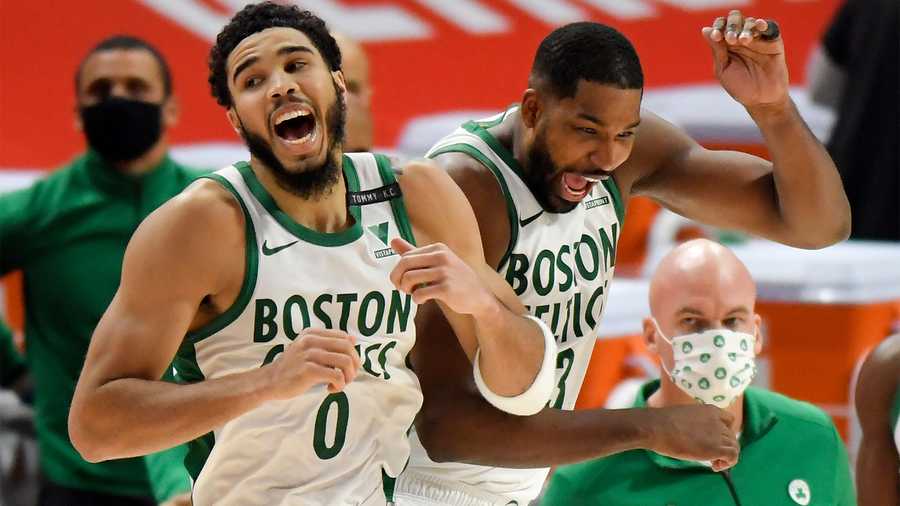 Alright so here we are, four games until All-Star break and the Celtics are currently not in a playoff spot. Very cool! Things are pretty wide open in the East still, but man have the Celtics been bad for the past month. Each and every loss has brought a different kind of pain. The last three in particular have offically made the Celtics the laughing stock of the NBA.

It’s pretty weird watching how bad this team is when a lot of people expected them to be a top threat in the East. It feels different compared to the 2019 Celtics, because there was so much stuff going on behind the scenes that made the underwhelming play actually make sense. I don’t know, I’m kind of done thinking that deeply into what is wrong with this team because during this stretch of games where the Celtics have gone 8-15, nothing or no one has been consistently good. Things can change, but there’s no doubt that the expectations for this year have been lowered. It’s scary that the Celtics making the playoffs no longer feels like a guarantee right now.

Now that the Celtics have been put in this spot, everyone’s taking slander. I mean even Mike Gorman is noticeably pissed off at the Celtics right now. I'm glad people like the Jays and Danny Ainge have been holding themselves accounatble for the dissapointing season so far, but they need to start fixing the problems before things get worse. It looks like the Celtics are spiraling out of control and now they are hearing it from national news outlets, numerous social media accounts and fans across the country. The majority of basketball media has lost faith in this year’s Celtics and teams have been taking notice as well. The Cs have lost the luxury of being able to ease their way into All-Star break; they have to play out these last four games like they have something to prove.

Jayson Tatum echoing Brad Stevens’ belief that these next four games before the All-Star break are pivotal.

“Because the time is now.”

The way this team looks at the moment, it would be hard for them to even go 2-2 in these last games. They are playing against good teams like the Clippers and Pacers, along with the Raptors and Wizards who have been hot in February. The Celtics really slipped up losing to all these under .500 teams because they needed those wins to be able to support tough stretches like this one.

It’s going to take a lot for the Celtics to try and turn this around, especially without Marcus Smart (who brings way more value to the team than expected, by the way). Someone or something needs to spark this team, if the media hasn’t done that already. The spark could be as simple as the Jays both having a good game on the same night. They both get around at least 20 points every game, but that is because of volume. We need to see them both shoot efficiently in the same game. It feels like if one of them is shooting around 50%, the other is shooting around 30% or less. They need to take more high percentage shots because it looks like they are settling on a lot of tough shots, when they could just pass it off.

"Tatum and Brown can’t be your superstars; they only do things that help their game. They don’t get anyone else easy shots, all they know how to do is score."

Real quick, I want to just address the narrative about the Jays’ playmaking abilities. It is incredibly wrong that someone said they aren’t giving teammates open looks. The real truth is that they are giving their teammates open looks, but the teammates aren’t hitting the shots. They’re playmaking abilities have grown tremendously, the problem is that they don’t pass up tough shots when they should. It could be because of a lack of confidence in their teammates or because Brad wants them to take those tough shots, but regardless they need to take less low-percentage shots. I’d take my luck with an open Theis three, rather than settle for a tough pull up two from Jaylen. Teams will let the Jays shoot bad shots all day.

Regardless of their struggles as of late, the Jays for sure aren’t to blame for the Celtics struggles. They have their fair share, but so does everyone in the organization. Everyone sucks right now and they know it. It has been clear that the Celtics will need additional help this season, but it’s unlikely that the roster is going to change before break, so we have to just deal with what we got. I think that their whole focus for these four games should be around defense. I feel like they build momentum and energy off of offense, which is why when they start missing shots they will go on the other end and play bad defense. At the very least I want to see the team locked in on defense and hustling on every possession. Play good defense and get rewarded with some good offense, maybe they can build confidence that way.

I can go on forever about other Celtics issues: Kemba’s inconsistency, Brad’s rotations, the bench struggles, etc. We all know how it has been. What I really want to see from this goddamn basketball team during this stretch is some fucking pride. No more excuses. Play a full four quarters of basketball. Stop complaining to the refs (even though they suck). If you miss a shot, hustle back on defense. They need to play team basketball and build their confidence back up. There isn’t much else to be said, they basically suck all-around right now. It’s not gonna be easy to get back to playing good basketball, but this team has at least some talent so playing with pride is a good way to turn things around.

Speaking for all Celtics fans out there, for the love of god, please win the game tonight.