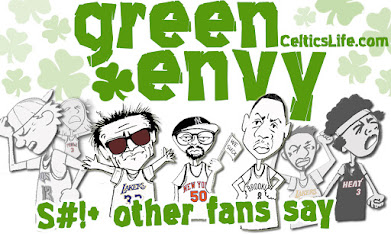 In the second game of the new regular season, mini-playoff style the NBA is trying out, the Celtics scorched from three and the Bucks were salty about it. Safe to say games like this come few and far between for us so best believe we're going to enjoy every bit of this! Bucks fans were very frustrated with the way their team played and some of them held nothing back when it comes to their coach. Let's hear what they had to say!
I really dislike Smart
What is it with that guy against us, did he come to Milwaukee as a kid and drop his custard or something?
Wish bud sat Giannis tonight.
Marcus Smart aint gonna shoot 7/10 from 3 ever again, we good.
The Celtics got more points but bucks fans are the real winners because we got to watch Wagner get bullied by Diakite
It had been a suspiciously long time since we got lit up from 3, we were due.
An opponent making 20+ threes and a Bucks loss - is their a more iconic duo?
Jrue Holiday with 6 turnovers is some real twilight zone shit
Dang. I would have liked to see us try to win the game but it eez wut it eez.
Let’s not end an impressive 8-game win streak with another boy band commercial
I consider myself a pretty solid Bucks fan, but if you put a gun to my head and told me to tell you who 66 is I'd be a goner. (tsk tsk)
It's never a good sign when Thanasis is the clear MVP of the game...
Who gives a fuck about this game.
Jrue looked today like prime playoff bledsoe when it came to passing (can someone tell me if this is a compliment?)
Just put in the rookies who cares anymore. I really feel like this year will be wasted with Bud, he simply isn’t a good coach.
Bud just throwing in the towel ? Man I can’t stand him. I don’t care we have a back to back. Play to win.
I can't think of anything else other than coach Bad having given up on this game.
If he is still coaching as if he wants a comeback, that's textbook terrible coaching right now.
Um so does bud not wanna win this game
Maybe it’s my homer bias but have they gotten twice as many whistles as us this game? (The Celtics? Whistles? Come again?)
I feel like for every great play Donte makes he makes 3 bad plays
Donte touches gold and converts it to shit.
That doesn’t look like Gordon Hayward. Did he get a haircut? (LOL I missed a bit of the game, I wonder who he's talking about)
The difference between brad stevens and bud is perfectly summed up by tonight and Wednesday. Celtics down 25, they play their starters. We’re down 18, we’ve thrown in the fucking towel.
"Khris hates the C's so much he spelled his name with a 'K"
Who is this and what have they done with Giannis
Celtics really told Thies to pack his shit after missing that 3 (You take that back, you!)
Hear me out...I've been thinking about this a lot and if Boston didn't make any three pointers this game, I think we would win (I love how they said 'Think')
I will not be sober for this. I flat out refuse. (Drink responsibly!)
Were still in this. All we need is Smart to go cold which is very possible for him. (rude)
Aww man we forgot how to basketball.
Follow me on Twitter for more of my mind! @Serendiptious or Instagram for more of my face! serendipity_maybe.