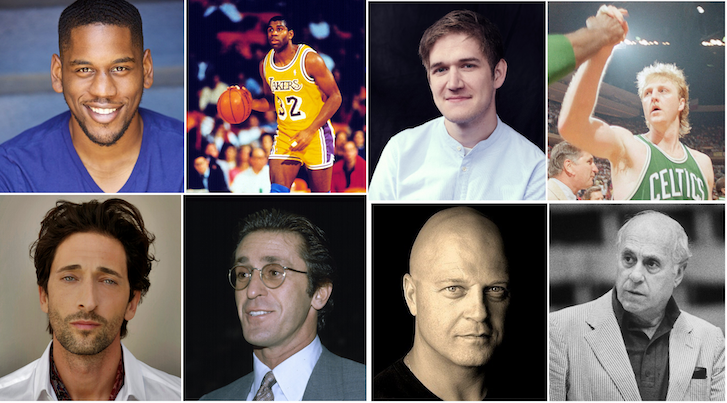 HBO will be releasing a series on the 1980's (Ironically named) Showtime Lakers. The casting looks tremendous. And as a fan of HBO series like Succession and Game of Thrones, I'm confident they will hit this out of the park (sorry wrong sports analogy). So why will I be watching this series on our bitter rival?

Man, there are so many reasons. For one, any series on the 1980's Los Angeles Lakers is also a love letter to the Boston Celtics dynasty. You can't chronicle the Lakers success in the 80's without also showcasing Boston's. You can's show how great Magic Johnson was without also spotlighting Larry Bird. The Lakers success in the 80's was their first decade when they could finally say they could hang with Red Auerbach's Celtics.

Yes the Lakers won more titles than the Celtics in the 80's, but that's only because of the tragic death of Len Bias. Lakers titles up til then: 1980, 1982, and 1985. Celtics titles up til then 1981, 1984, 1986. The Celtics were the much better team in 1986 and would have been adding the player who was considered the peer to Michael Jordan. Bias was considered to Jordan what Bird was to Magic. I'm not going out on a limb here saying the Celtics would have won a few more titles with Bias. I mean even if Bias completely underperformed in the NBA he still would have been enough to help the Celtics get past L.A. in 1987 for one thing.

Like I mentioned prior, HBO does series well, add in the fact I tend to like series and shows on the 80's, plus this is about basketball? Yeah this is a no brainer. I watched The Last Dance and enjoyed it, but lets be honest it was a great walk down memory lane, but also a puff piece by Michael Jordan's people. This series could be about the 1980's Super Sonics and I'd watch it. Or the 1990's Vancouver Grizzlies for that matter.

And the casting for this looks tremendous.

Solomon Hughes will star as Kareem Abdul-Jabbar, the Lakers center who’s been described as the greatest basketball player of all time. In the series, Abdul-Jabbar's character’s intelligence, talent, and political activism have made him a living legend. https://t.co/0On7IqtRLS pic.twitter.com/cYqiYPd3nc

Michael Chiklis will play Celtics coach Red Auerbach. In the series, when the Lakers’ rise threatens his Boston dynasty, Auerbach proves himself to be the basketball genius and cut-throat competitor of every Laker fan’s nightmares. https://t.co/Lj12l7IOe6 pic.twitter.com/VVn3vkNEOl

Sally Field will star as Jerry’s mother Jessie Buss. As a young single mother, Jessie instilled in her son a love of math, money, and good times. Decades later, her son is a successful businessman – but he turns to her as a trusted advisor and bookkeeper. https://t.co/Lfmv36NoyC pic.twitter.com/sUzM86QLJ8

Great actors who all happen to also resemble their characters. This is going to be great and I can't wait for the first teaser trailer. I'll be curious to see what exact years it chronicles. Besides the rivalry with the Celtics, you'll have the coaching change from Westhead to Riley, with Magic taking the blame for the former's firing. I'm sure you'll have plenty on the Lakers off the court fast partying lifestyles. Magic and women. Well most of the Lakers and women. Except for AC Green of course.

ICYMI: A Night To Never Forget: A Personal Account of Len Bias' Day in Boston: http://t.co/zCKjIXpuqA via tb727 pic.twitter.com/EcSb5j9bpZ

I'd be surprised if they also don't cover Magic coming down with HIV. Even though he didn't find out until 1991, he likely contracted the virus in the 1980's. Probably will be a decent series arc on Magic's off again and on again romance with Cookie.

Would this have been even greater if it was about the Celtics? Of course. But based on what we've heard so far, the Celtics will be represented more prominently than any other team besides the Lakers. And they're promoting who's playing Red and Larry which is another clue. 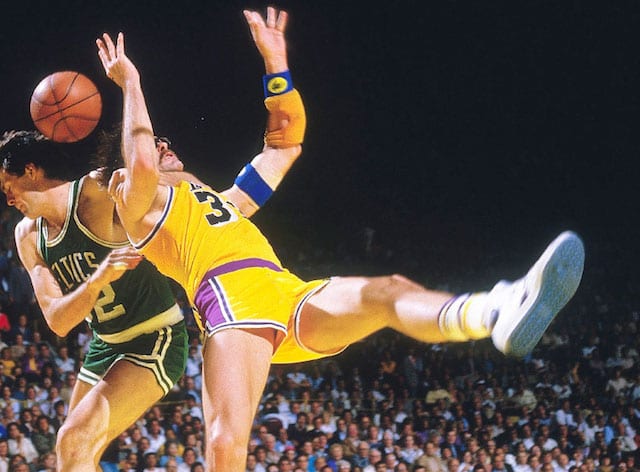 My one concern is how much freedom they have. I noticed that Isiah Thomas and the actor that would be playing him wasn't promoted. You know Hollywood is a huge power play environment. Hoping someone like Magic doesn't have too much creative control over this series (Like MJ with The Last Dance). The absence of Isiah is a somewhat ominous sign. I won't get my hopes too high up, considering we haven't heard about Lakers players protesting this release. I'm guessing they will get to be involved somewhat with the script. But like I said, that's Hollywood. HBO doesn't want to piss off powerful people like Magic Johnson. Or LeBron James for that matter, who's had his own show on the network.

It's still going to be worth the watch. And if your reason for skipping it is because you feel like as a Celtics fan you should, you'll be missing out. I expect 1980's Celtics and the Boston writers who followed them to enthusiastically tune in themselves. Once we have an exact release date and a teaser trailer we will let you know.