Goodman: "Celtics sources will be beyond shocked if Stevens leaves for Indiana" as soon as today 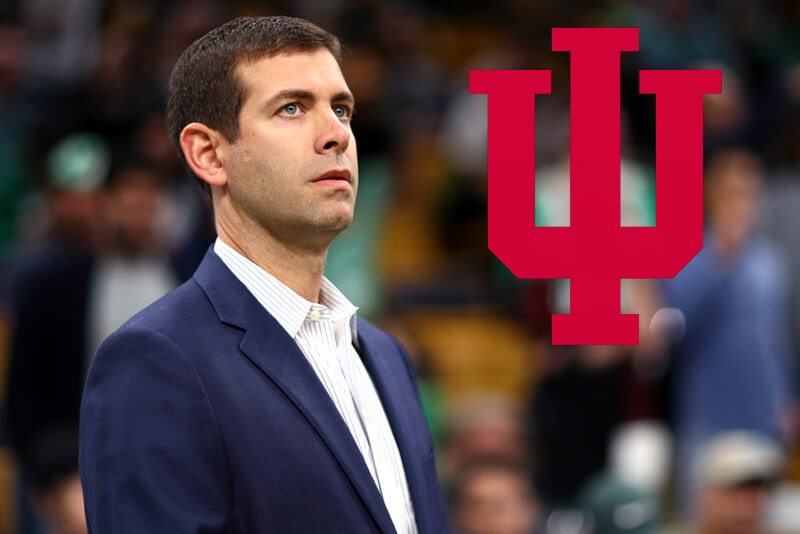 Hearing from people who'd know former Butler coach Brad Stevens is gonna be announced as the new IU coach as soon as today...
thus completing a circle started a few yrs ago when former Hoosier star Damon Bailey randomly walked into a 2-on-2 game in Butler's Hinkle Fieldhouse. pic.twitter.com/U0KjCSR1dl

Heard he was in Bloomington the other day between the Rockets and Jazz games https://t.co/RzSmreCqK6

I continue to hear good things about the possibility of Stevens to #iubb. https://t.co/QWzWXzx7Q8

As "soon as today" gives someone a lot of wiggle room and its a great way to keep a rumor going all the way until Indiana actually announces a new coach. But the rumors of Brad Stevens leaving for Indiana are starting to pick up steam. Not sure you can judge by Brad's demeanor if anything is up. The man keeps a very strong poker face and doesn't show much emotion.

While Brad has said he has no plans of leaving, every single coach says that while they are still employed. Have you ever heard of a coach of a team saying they are negotiating with another team in season? And yes, I'm sure the Celtics would be caught off guard if Stevens left. Just like they were caught off guard when both Al Horford and Gordon Hayward decided to leave.

Every coach says this. Pretty sure you wouldn't even be permitted under your contract terms to openly answer that yes you are negotiating for another job. https://t.co/pnx042tuuZ

Despite Stevens taking multiple Celtics teams to the Eastern Conference Finals, a vocal contingent of Celtics fans blame Brad for every loss. When the Celtics win, the players played well. When they lose, its Brad's fault. Can yoiu blame him if he wanted to leave? In college you are treated as a king and if you consistently make it to the Final 4 that's considered a good thing.

LOTS of smoke here. Looks like Boston fans might have gotten their wish and driven another asset to the Celtics away. First Hayward. No Brad. https://t.co/5K1ogHcci7

I feel the negativity from Boston fans was part of the reason the Hayward's decided to leave. Like the man suffers a horrific injury, rehabs back to a top level, but takes a back seat to young stars like Jaylen and Jayson and the new shiny free agent signing in Kemba Walker, but he receives constant hate from the fan base? He has to see his wife get attacked on social media, because she happens to be a Republican? Hayward wanting to go back home to Indiana or a more friendly local like Charlotte made sense. And I won't blame Stevens if he leaves either.

Maybe Celtics fans that blame Brad for every loss and want a yeller will get their wish and this man will replace him pic.twitter.com/OxicX1ZSIk